No one seems to be talking about it. 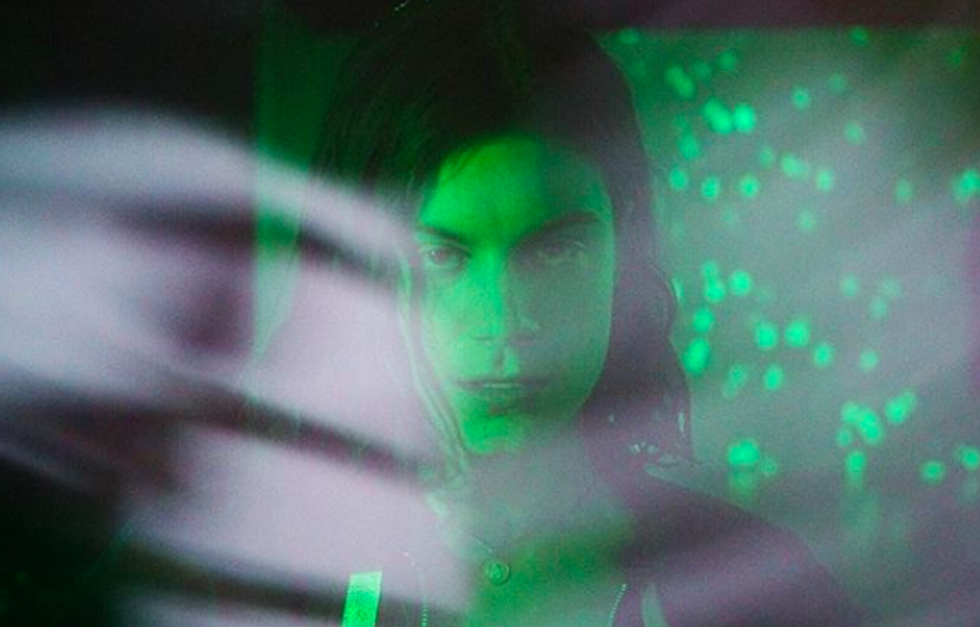 Earlier this week, I sat down on Twitter and scrolled through my feed. Suddenly, I found a tweet that startled me. It was by Izzy Humair, who said, "Kaitlin and I LOVED borns. We've been obsessing over him for the past month, watching videos together, planning outfits and our schedules for his concert for this Thursday. We found out he was an abuser last night and we immediately sold our tickets."

For those who don't know me, BØRNS is my favorite artist.

For the past three years, I've listened to all of his songs. I've bought his content. I introduced him to my friends, who purchased tickets to his concerts as well as his merch. He's been my lock screen on my phone for months. I cried my heart out to one of his songs after being broken up with.

BØRNS couldn't be an abuser, could he? I am a feminist. I immediately denounce any star who has been called out for malicious behavior, such as taking advantage of a fan.

How could I have fallen in love with someone who is an abuser?

I stumbled upon the Twitter account @exposing_borns. They had retweeted numerous stories of girls who were taken advantage of by Garrett.

The first story I found was from @kaliforxnia, which caught a bit of attention. She told her story of how BØRNS had befriended her, and when she turned down his sexual advances, he had ignored and ghosted her. By doing this, she felt like she had done something wrong.

This process is called "grooming," defined as "When a sexual or another kind of predator sets the stage for abusing another, such as a child or other person."

They instill trust by giving their victim gifts and then alienate them when they don't get what they want. A groomer usually thrives on power, which is exactly what BØRNS did.

He knew he had power over his fans. He knew he could get what he wanted.

The full story is here.

However, I thought, that is only one story. I didn't want to believe that my idol had done anything as disgusting as that. But the stories only continued, as did screenshot and picture evidence from other girls.

The story that made me believe it all was from a girl named Mathilda, who is 19 years old and met BØRNS in Hamburg. She told her story, which was horrifying, and only worsened when I saw the proof. Knowing she idolized him, BØRNS pressured the young girl for nudes and sexts. If she did not send him things, he would ignore and ghost her.

She claimed he flew her out to Europe, and I found it unbelievable... until I saw the photos.

Misty Boyce, who toured with BØRNS last year, has been liking some of the victims' stories as well as tweets regarding the allegations. When asked about her opinion on the allegations, she replied, "I believe survivors."

There are numerous stories from other fans, all coming out one by one.

Though he has been my favorite artist and his music has gotten me through hard times, I cannot support someone like this. No one should. I encourage you all to spread the word and to not buy a single cent of his future content. Sell your tickets if you have them. Don't give him any more attention.

Sexual predators don't deserve fame. Celebrities should not be allowed to use their fame as leverage for sex and get away with it.

UPDATE: With increased pressure, BØRNS released a statement about these allegations.

For more on the statement from BØRNS; coverage from Spin and Pitchfork.

It says: "I am both hurt and angered over the disturbing and false allegations that have been spread over the past few days on social media. All of the relationships I have had were legal and consensual. They ended abruptly and that obviously caused hurt feelings, but for anyone to suggest anything beyond that is irresponsible."

There were mixed reactions from fans regarding this response. Some praised him for releasing a statement rather than waiting for the situation to blow over. Others viewed the response negatively. I, like many other fans, agree with @anobraintay's reply to his statement: "Things can be legal but not moral. The issue here is he is taking advantage of young girls who idolize him. That's abuse."

While his relationship with these girls may be legal, they are not moral by any standard. They were groomed, manipulated, and abused. We should not applaud a celebrity for simply addressing a topic; we should demand an apology.