Honestly, the sci-fi drama is the opposite of bliss 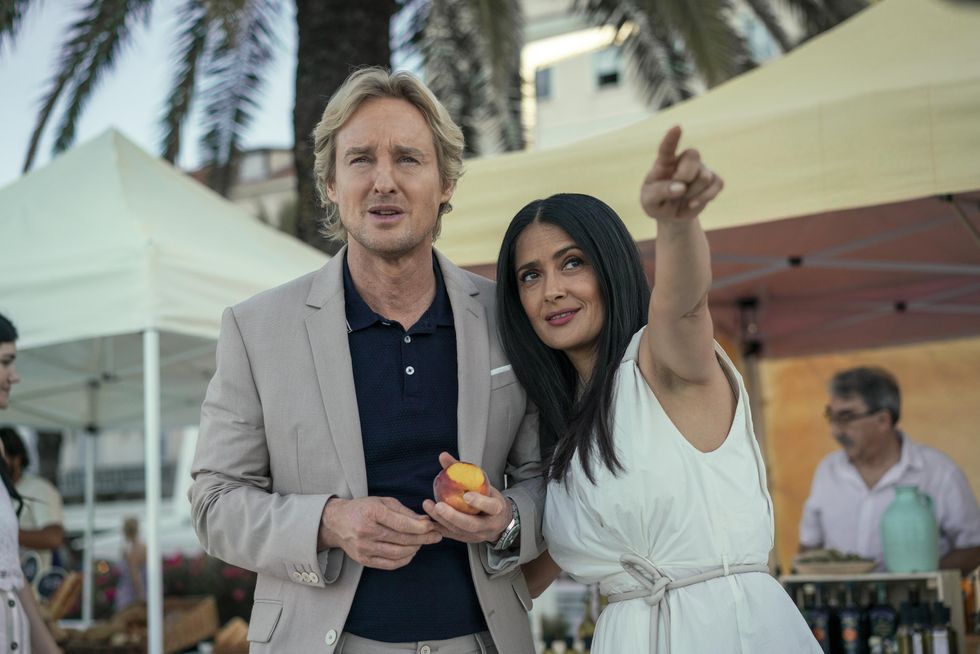 The concept behind 2021's "Bliss" is that the main characters are living through an "ugly simulated world to generate appreciation for the real world."

So it's ironic that this film gives audiences a horrible showcase of bad acting and writing to make others appreciate what a good movie could look like.

"Bliss" follows an unusual love story centering around Greg (Owen Wilson), who is recently divorced and fired from his boring office job, and the alluring Isabel (Salma Hayek), a woman who is living on the streets and believes that the world they live in is a computer simulation.

After watching the trailer, it's no surprise that the couple eventually teleport back to what seems to be the real world. But then the lines are blurred often, and nothing is satisfyingly clarified.

"Bliss" director and writer Mark Cahill brings a script that had too many ambitious ideas for it to be a cohesive piece. There are holographic people who are introduced. But we merely get a term in passing for these people before Isabel can explain who they are, even though they play a memorable role later on as Greg isn't distinguishing what's real and what's fake anymore.

It's clear that he's trying to ask viewers what they'd do if they were in Greg's shoes. Is it worth living a poorer, darker life if one has full and genuine love? But by the time the film gets that point across it feels like a slog.

The characters also feel poorly written. Sure the man is recently divorced, but he's willing to hook up with some random on the street whom he met a few hours ago? Everything happens very quickly with little exposition for Greg's character, so his early passion for Isabel doesn't bring deeper meaning. And in one scene, it's debatable that Isabel was concerned about Greg, who wandered away from their home base in the simulated world. But she has no sympathy from an audience perspective because she abandoned him without direct reason earlier.

And in that particular scene, it doesn't help that it was one of the most poorly acted moments from Hayek. She's a wonderful actress who has countlessly proven her talent in movies like "Frida." So it's really disappointing when her cries from stress and frustration are like grating nails on a chalkboard for how over-the-top her delivery is.

For Owen Wilson, his acting was equally terrible. There are scenes that feel completely devoid of emotions for times that merit more confusion, surprise or fear. But he seemingly rolls with the punches with a nonchalant air.

Honestly, the best acting came from Nesta Cooper, who played Greg's daughter Emily. She was criminally underused in this film considering her essential role to the story. It was easier to understand and sympathize with her compared to the two leads.

This movie could be so much more, but it simply fizzes out.