I Bleached My Own Hair:
Odyssey

I Bleached My Own Hair:

Here's What I Learned 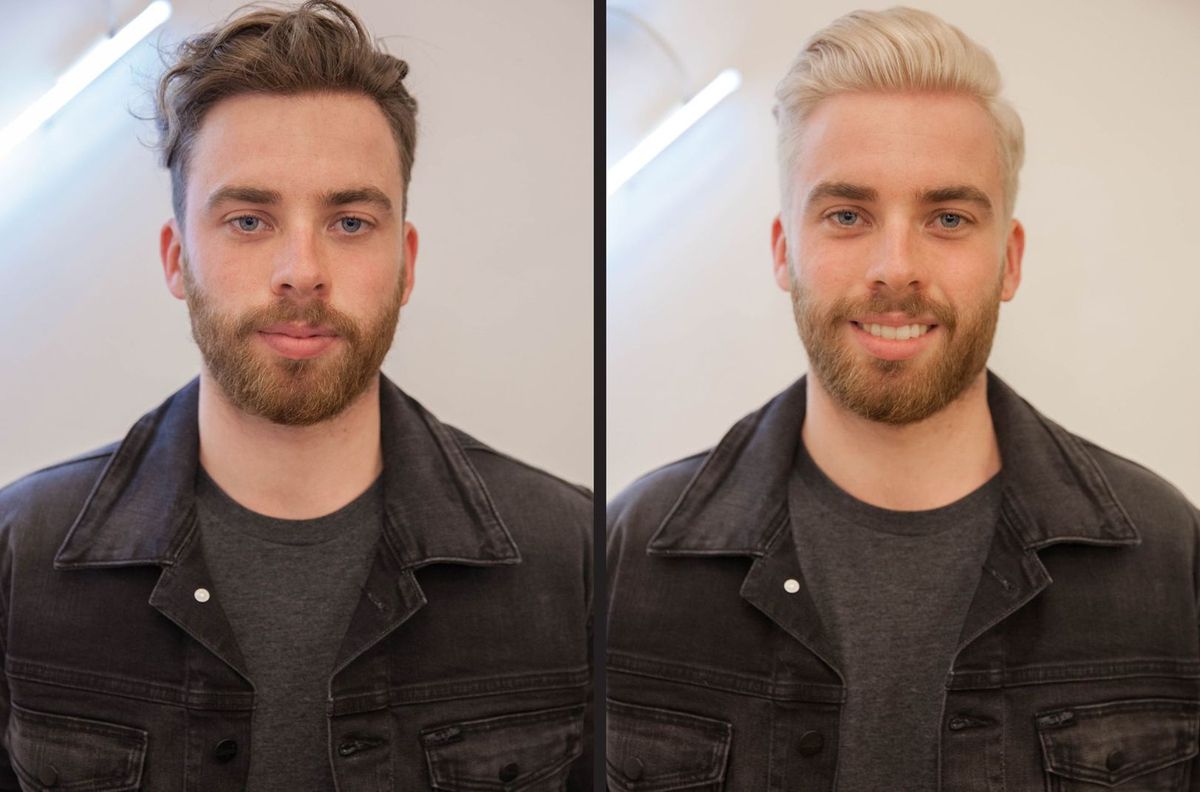 About a year ago I bleached my hair platinum blond. It is that simple, I stripped my dark brown hair of all of its natural color. Now the fact that I am saying “I” did it is not me saying that I went to a salon. Instead, it is me saying that I did it. I walked into a Sally’s Beauty Supply, bought packs of bleach, some developer, and a toner. Wow did I learn a ton after that first session.

Well, this session was a lot. I did all the research that I thought I needed to, and I mean ALL of it! I was on Pinterest, YouTube, and Google. I walked into that Sally’s Beauty knowing exactly what I wanted and needed. Or at least I thought I did. I walked in and was instantly stricken by the whole store! It smells like nail polish, shampoo, and conditioner in all the right ways. It is so bright! It seems as if they have 1,000 watt light bulbs in, but it isn’t headache inducing. And the colors, oh the colors, it's like everything is so saturated that it might just burst like those Gushers commercials from the 90’s. And then you get to the hair dye and bleach aisle, and you forget why you came because of all of the options. You could dye your hair literally any color. From a neon yellow that would make DayGlo look like a pastel, to a deep blue that could pull you in and swallow you up. At this point, I just kept spinning in circles. Then I remembered that in order to even think about one of those colors, I had to bleach my hair first! I knelt down and snatched up the powder bleach and developer I needed; the other ladies in the store had already started to stare at me. It must have been an oddity to see a guy who was in there and not just being pulled in because his wife or girlfriend wanted him to come in. I went to the register and bought my goodies. I couldn’t wait to get home and use them!

Later that night at home I laid out all of my goodies, three packs of powder bleach and a literal jug of 40 volume developer. I was ready. I mixed the first pack and put it on my hair and waited 45 minutes. As someone who had never done anything with their hair that required this much precision, I just slapped the bleach on and expected it to work. And for the most part, it did. I missed a fair amount of my roots and my hair was still pretty yellow and not so much platinum. So, I did a conditioning treatment, washed that out, and opened up the second pack of bleach and put it on with a bit more precision. And it worked, I was blond! Thrilled and ready to, well, do what any self-respecting Millennial does when they have changed something- I posted to my Snapchat story, just a quick selfie, and it read: “Blonds have more FUN!” And with that, I went about my life.

Moral: Try crazy ideas! They may not always work out, but when they do, it is well worth it!

Jump with me to about a month after that first bleach session; my roots had grown out quite a bit. I was ready to be Blond Ethan again. So I mixed up my bleach and using my powers of precision, I applied the bleach to my roots, and then I conditioned. It turned out perfectly and I loved it!

Moral: Bleach your roots only when you want to; no one else can tell you when you should do it.

The thing about bleached hair is that it really causes more people to talk to you. I can’t explain it, but they just do. Someone suggested I try a product that is a color depositing shampoo that will wash out and I did. I tried it and my hair was pink and I hated it. But the thing I had learned about my bleached hair at this point, was that frequent washing made it break and fall out faster. I had one shot, ONE, to get this pink out of my hair. I washed my hair and got most of that dreaded pink out. I am convinced that it all came out on a prayer. What would any sane human do after they wash the pink out because it is too unnatural for you? Put blue in instead! Duh! Wow, that may have been the worst hair choice I have ever made. I hated the blue too and now I was stuck with it. So I guess technically this isn’t a bleach session, but this is an important part of my hair journey.

Moral: Insanity is doing the same thing over and over again and expecting a different result…

This is where I learned the joys of toner! It revolutionized how my blond looks too! My hair went from looking brassy and yellow to a true platinum. This is a product that is really important to match to your hair type and color. I use the one that takes the most ashiness out, but you may need a different one. I re-bleached my hair so that I could get rid of the blue tones in my hair and then I used my toner to remove all traces of brassiness. The thing about the toner I use is that it starts to burn, I am not a professional so I don’t know what that really means, but I washed it out at this point. It was perfect. After about 8 months I finally had the color I really wanted and I couldn’t be more pleased. This was also the bleach session where I had leftover bleach so I bleached my eyebrows. Fully and completely I bleached them down to their root. It was a decision I made in a snap and oddly I didn’t regret it.

Moral: Bleach is addicting and you should mix up only enough to use.

My hair grows very quickly, so about a month and a half later I had enough root growth to re-bleach. I went to Sally’s to get more bleach and in a moment of weakness, I bought a bow of color dye, Titanium, a steely grey. And that night after I had finished my bleaching routine, I added the Titanium. I didn’t hate it and about two seasons after everyone else, I had the trendy silver-grey hair that everyone else had. In all of it’s unnatural glory. It reflected blue violets and completely changed how I feel about some unnatural colors on me. I don’t think I would ever do it again, but it was a great experience!

Moral: Do things that make you happy, and change them up if they don’t work.

Going to college meant that I wanted to start fresh, I wanted to go back to Blond Ethan. So this brings us to my most recent bleach session. Here is where I finally saw the damage that everyone had always talked about. My hair was breaking off super short and was really frizzy. I knew I had to do something, so I went to Sally’s and asked the lady what product I should use. She explained the science of what bleaching does, which is super cool (if you are into that kind of stuff you should look it up). Anyway, she said I needed a pure protein treatment and suggested a keratin restructurizer. I used them and almost instantly my hair felt better. I still can’t believe how well those products worked.

Moral: Ask people who know more than you, it is a real blessing!

I love my blond hair and right now, I wouldn’t trade it for the world! I am having so much fun being a blond! If you wanted to do it for yourself, I would say go for it! DIY it or go to a salon, your choice! Just trust the process, it’ll all regrow at some point!