Black Panther's Politics On and Off Screen
Odyssey

Black Panther's Politics On and Off Screen

How the team behind "Black Panther" masterfully handled racial tension 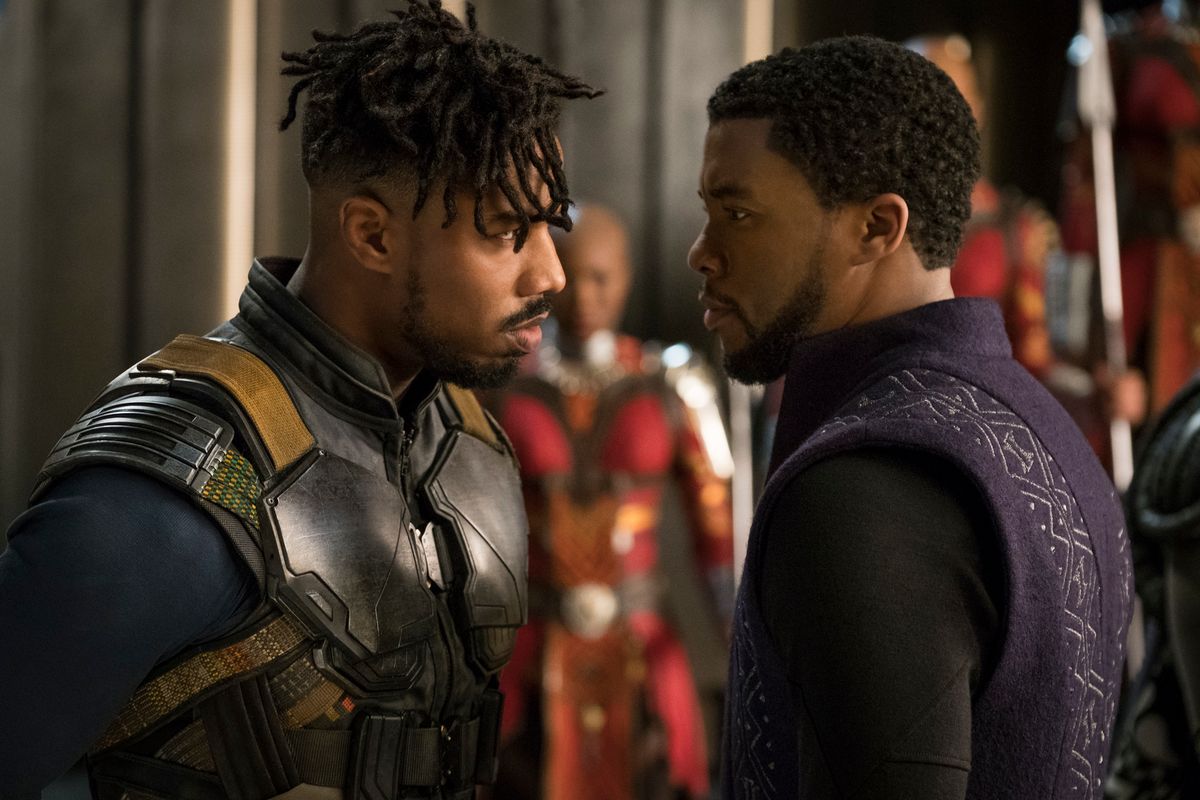 Nearly from its birth in 2008, the Marvel Cinematic Universe has not shied away from political themes in its films, like the struggle between security and fear presented in Captain America: The Winter Soldier, or the debate over whether the Avengers should surrender their autonomy to an international committee in Captain America: Civil War. While the approaching arrival of the long-anticipated Avengers: Infinity War has in some ways eclipsed Black Panther, which was released earlier this month, the political and cultural connotations that have followed the latter no doubt carried it to its >$200 million opening weekend, passing 2016’s Deadpool (the previous record holder) by a large margin.

So what made Black Panther so political? It is first worth considering the cultural and political hype that preceded the film’s release before we dive into the complexities of what was actually contained in the run time. What’s relatively obvious is that Black Panther is the first Marvel movie to feature a predominantly black cast, with a marginal cast of white actors, each of whom take a decidedly B or C role.

The prospect of this not only enthralled a substantial portion of black fans of the franchise, but, as the box office figures show, also attracted a large number of black audience members who normally would not take much, if any, interest in the franchise’s other films. The common sentiment was that this audience was happy to finally be represented so prominently in a film franchise that normally, by pure circumstance, features mostly white actors. Many BLM activists even saw Black Panther as a concrete leap forward for their movement. All this being said, there was no shortage of online hype for the movie, leading to the climax of its release in mid-February, with lucrative results for the studio.

Now, the film itself was actually surprising to me in what it actually presented. In a nutshell, Black Panther centers around T'challa (AKA Black Panther), the newly crowned king of Wakanda, which is a fictional African state that uses advanced space technology to cloak its futuristic civilization from the rest of the world. The basic premise in this sense is that the technology endowed to them by a special meteor that struck their land millennia ago with the power to avoid European colonization and involvement in the slave trade, thus allowing them to advance their culture unhindered.

T'challa’s throne is challenged by Eric Stevens, the next heir to the throne who grew up in America. At the core, their conflict comes from Stevens’ proposal to use Wakanda’s advanced weaponry to wage a global war in order to “liberate” other Africans across the world, and T'challa’s denial of the American challenger’s belligerence.

I admit that when I walked into the theater, I was unsure of what to expect. I knew race relations would be inescapable from the plot of the film, but I also knew the studio could handle it in any number of ways.

And I was very, very pleased.

The entire plot revolves around T'challa's and Stevens’ difference in ideology with regards to race. Stevens is hardened and bitter and resentful, seeing the world in terms of the white oppressor and the black oppressed. His experience in war as a soldier (his cruelty and taste for violence reportedly earns him the name “Killmonger”) and his experience in the world outside of isolated Wakanda forges him into the warrior character he is. T'challa, by contrast, never denies the historical record of wrongs exacted against his people, but rejects Stevens’ philosophy, instead insisting that the path to progress is through peace and the use of Wakanda’s science to enrich the global black population, rather than weapons to fuel global insurrections.

So in essence, the movie cleverly sympathizes with Stevens’ sentiments and understands their validity but rejects their actions in favor of a more peaceful, lasting route. I was very impressed that the writers handled it as they did. Black Panther, so far as I can tell, has managed to please many of the people who wanted a predominantly black superhero movie and also those like myself who wanted to see a movie of that nature that didn’t blatantly advocate a counter-race war, and even advocated a more sustainable, reasonable path. While I may be the only one to see it, I think Black Panther may have unwittingly been a step in the right direction for the resolution of the race conflict.