"Black Mirror" Project: The Ultimate Clap Back To Pretty For A Black Girl
Odyssey

"Black Mirror" Project: The Ultimate Clap Back To Pretty For A Black Girl

Beauty is limitless and raceless. 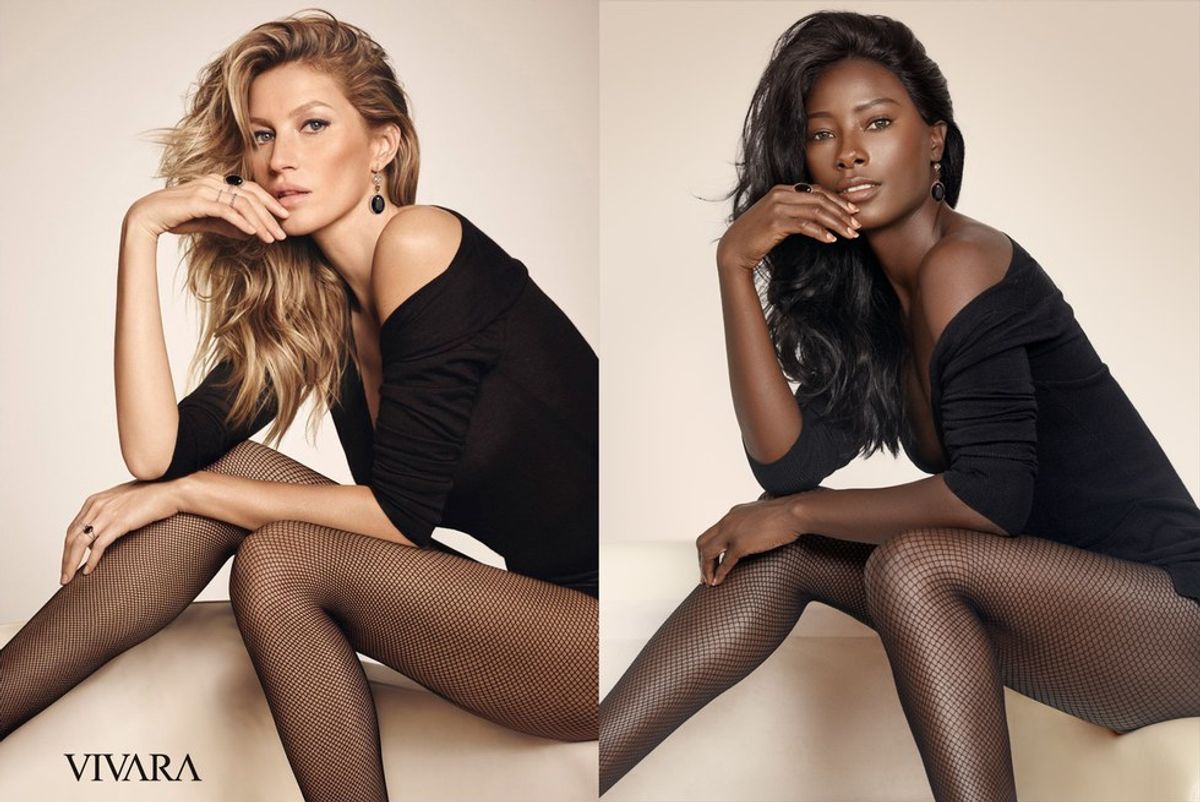 No one really knows where it stems from, it could be a lot of things, the internalized misconception that black cannot be associated with beauty, therefore if you are black and pretty it is not attributed to your race. With this thinking, being called pretty for a black girl is basically saying your looks are something unexpected and “rare” from the race that you identify with. You are a diamond in the ruff that is your race. If you have ever been called a pretty black girl, you probably found yourself stumbling over the idea that you could be pretty but only in the racially dividing scope you’ve rudely been placed in. This can be unsettling and quite frankly confusing. Now if you haven’t heard already, one model by the name of Deddeh Howard took the internet by storm with her “Black Mirror” project.

The “Black Mirror” is literally a recreation of Howard posing and modeling just like models in notable campaigns such as Kendall Jenner for Calvin Klein, Gigi Hadid for Guess and Kate Moss for David Yurman. The only difference between Howard and these other models is that Howard is a woman of color. Not only does she master the look of these other models but she poses the question,” Why couldn’t the model have been black?” There is no excuse.

Howard explained that she wanted to relay the message that African-American women are underrepresented in the modeling and fashion industry. By mimicking the same look, she shows that what was demanded for the campaign was attainable by a woman of color so what is the issue with everyday modeling? If this one African American woman could equally, if not better, portray the same look attained by these other models, why aren’t more black women utilized in the field? Or why isn't there just more diversity overall?

The Black Mirror is a perfect name because if young black women grow up without seeing themselves in a specific field, it can be crippling and discouraging. Seeing people that look like you in a profession mentally gives you the self-efficacy to achieve it as well. This isn’t to further divide the world based on race but Howard’s project reflects the idea that beauty can be represented in all shades and still portray the same message. Placing a black model into any of these scenarios would have been an interchangeably okay adjustment.

Once we stop restricting black women to constraining stereotypes, they can flourish in any field, even modeling. Also, before the haters come out and play, Black Mirror is just one scope but can be applied to other perspectives as well. Beauty can be portrayed in any shade, not just the standards that seem to be grossly perpetuated into society. Those standards continue to make people feel like they’re not good enough. Believe or not, repeatedly only representing one race in the modeling industry reinforces that false standard of beauty in more ways than one. Let’s not make beauty a box that everyone must try to fit in but a blank canvas that anyone can color.