A Big Thumbs Down for the New Dislike Button on Facebook

A Big Thumbs Down for the New Dislike Button on Facebook 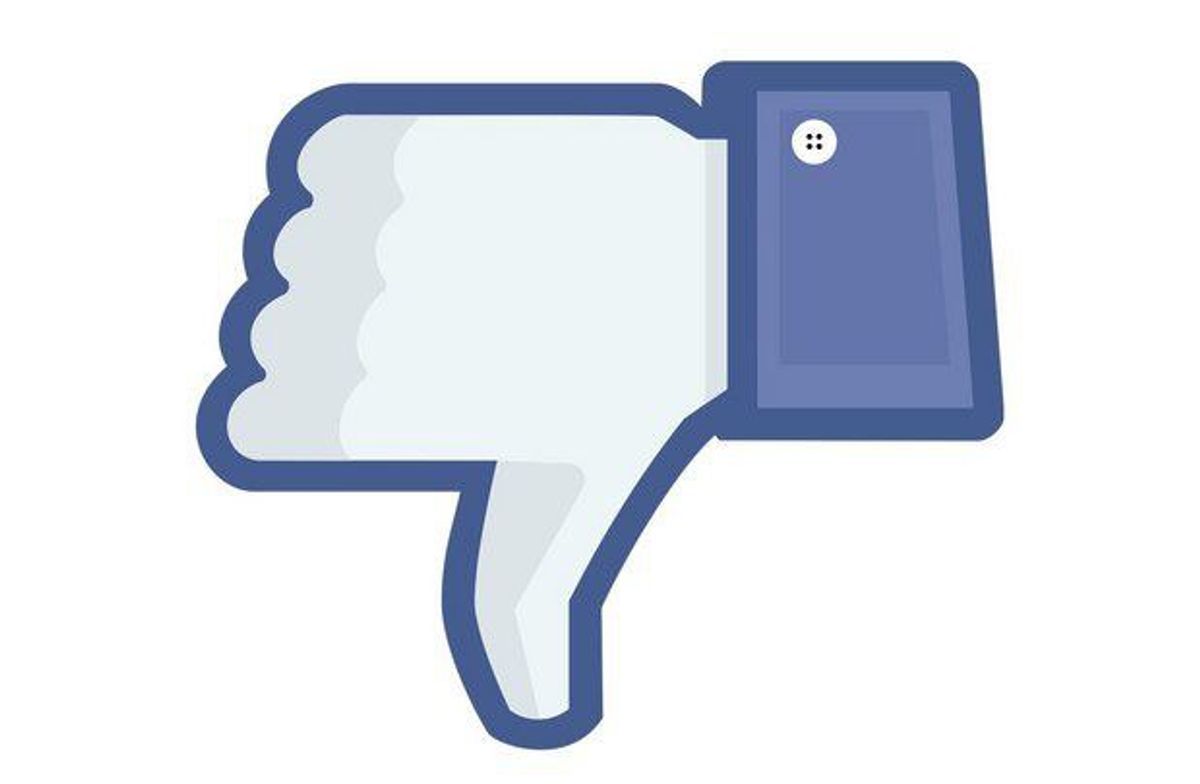 Surprise! All those Facebook pages campaigning for a dislike button back in 2009 have been given the thumbs up from Mark Zuckerberg.

In a public Q&A on Tuesday, Sept. 15, Zuckerberg revealed that "Facebook has been working on a button that would allow users to dislike posts and that the company is "very close" to shipping a test of the feature."

I can't even begin to explain how terribly this simple change could go.

With all the different social platforms that exist nowadays, it's becoming increasingly easy for cyberbullying to persist. In fact, according to an article on DoSomething.org, "about 58 percent of kids admit someone has said mean or hurtful things to them online. More than four out of 10 say it has happened more than once." And this is all happening without a button that makes the process of bullying someone (literally) as easy as the click of, well, a button.

This phenomena is due to the fact that people online are able to hide behind a screen. Many things that would not have been done in "real life" simply seem like a funny joke or not a big deal. However this type of bullying is extremely detrimental due to it's public nature, the fact that nothing on the Internet is truly ever gone thanks to screenshots, and other factors as well.

Not to mention the fact that some of us already get upset over someone seeing our post but not liking it. Imagine what will happen to our self esteem when someone can publicly dislike our selfie right there for all the world to see.

Some people might make the argument that the dislike button would allow for people to give support to others who, for example, may share some bad news about health issues or the death of someone they know. People can offer condolences through a single click of a button that conveys that they "disliked" that that terrible news has occurred.

I would argue that if this is the reason for the dislike button becoming a reality, we need to take a serious look at our society. Why do we feel the need to make everything as easy as possible, when the part of the process we're trying to cut out in offering our condolences is the part where we personally interact with other people?

Don't get me wrong, I love social media. However, a line needs to be drawn if social media is cutting human interaction out of an inherently personal type of communication.

From what I can gather, the dislike button will only make it easier for us to crank out impersonal interactions with other people we vaguely remember from that one camp we went to. I can't see how it will help in flourishing our relationships with others, but I can see how it will give many more people the easy ability to emotionally scar others.

This article may not stop the process of Facebook adding a dislike button, but hopefully it can remind you to think before you click. Technology allows us to hold a lot of power in our hands and it's our job to be good stewards of it.