Nicolette Gray And Her Mom Are A Hoax
Odyssey
CurrentlySwoonLifestyleHealth & WellnessStudent LifeContent InspirationEntertainmentPolitics and ActivismSportsAdulting
About usAdvertiseTermsPrivacyDMCAContact us
® 2023 ODYSSEY
Welcome back
Sign in to comment to your favorite stories, participate in your community and interact with your friends
or
LOG IN WITH FACEBOOK
No account? Create one
Start writing a post
Entertainment

I believe Nicolette's obnoxious, entitled, and bratty behavior is all an act. 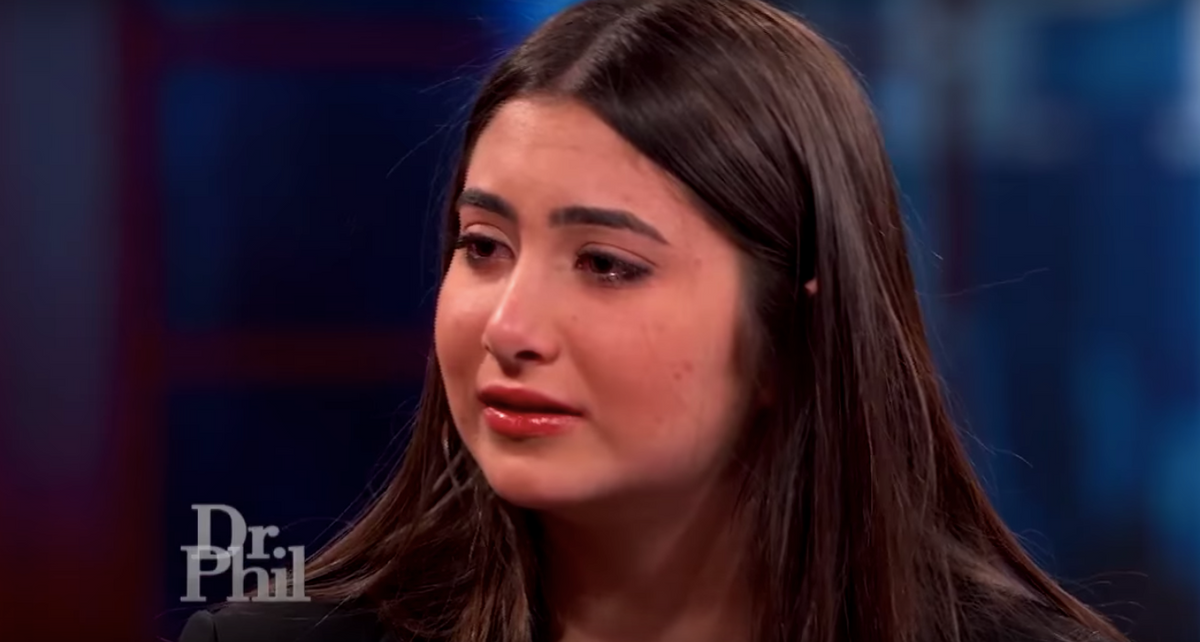 Earlier this month, Nicolette Gray was on "Dr. Phil" because she was upset at the fact that her mother cut down her allowance. During the show, Nicolette tells Dr. Phil, "I want my mom to understand that I can't live off $1,000 dollars a month and I grew up on a certain lifestyle, she just can't take that away from me immediately."

As a quick recap of that "Dr. Phil" episode, Nicolette basically speaks about her being entitled to this luxury lifestyle because that's all she's ever known.

At the time of the show, Nicolette is not quite 16 years old, but will soon be, and she that for her 16th birthday, she "needs" a G wagon.

Nicolette, at some point, also interrupts Dr. Phil and tells him "We are talking about me here, this is my show."

As part of the resolutions to Nicolette's bratty behavior, Dr. Phil suggests that she needs a job. In response to this request, Nicolette starts sobbing and mumbles "I don't want a job, it's so much work." The audience chuckles as Nicolette releases that statement. Dr. Phil recommends Nina, the mother, to not give Nicolette so much money, and he says there is power in "reparenting." He also suggests Nicolette, as previously mentioned, gets a job to make her a productive member of society.

Not too long after that "Dr. Phil" episode is released, Nicolette changed and added new pictures to her Instagram account, became a "public figure," and even added a house tour video on her YouTube account, that she then deleted. Nicolette also added a video to her Instagram, in which she sets Gucci slides on fire claiming them to be "cheap," however, she then deleted that video as well.

After seeing that "Dr. Phil" episode, I followed Nicolette closely on her social media accounts, and I realized how much deleting and adding new posts she was doing. It was also strange that in some posts she seemed genuine and nice, but in others, she seemed obnoxious and rude. There was no consistency in her behavior or her posts.

Nicolette and her mother Nina were also on "This Morning," a talk show right after being on the "Dr. Phil" show, which suggests they like being in the media.

Nicolette does have a YouTube channel, and in one of her videos, Nicolette goes luxury shopping with friends, and Nina, the mother tells Nicolette's friends, "I don't know what happened, but I gave her an extra thousand dollars." Nicolette's mother clearly did not follow Dr. Phil's advice.

In addition, Nicolette has a car tour video in which she says "I got a Mercedes G 550 also known as a G wagon." Again, Nicolette's mother Nina took none of Dr. Phil's advice.

Overall, I see Nicolette reaching out to Dr. Phil, not because she necessarily wanted her allowance raised, but because she saw it as an opportunity to be on TV to get famous. I came to this conclusion because shortly after being on "Dr. Phil," she and her mother also appeared on the "This Morning" show, which again shows, being around the camera is not something they object to, but rather love. Not only this, but Nicolette has been receiving products that she is advertising on her Instagram stories and has been attending PR events.

Nicolette's mother, Nina, also seems to approve of this and is almost encouraging Nicolette's bratty behavior by her giving her more money to go out shopping with friends, and buying her the G wagon.

Ultimately, Nicolette saw an opportunity, put on a fake persona, all for attention and fame. I believe Nicolette's obnoxious, entitled, and bratty behavior is a hoax!