17 Things I Learned From My Immigrant Best Friend
Odyssey

17 Things I Learned From My Immigrant Best Friend

Friends can teach you many things throughout life, and as an immigrant, my friend has taught me very valuable things that I will forever remember. 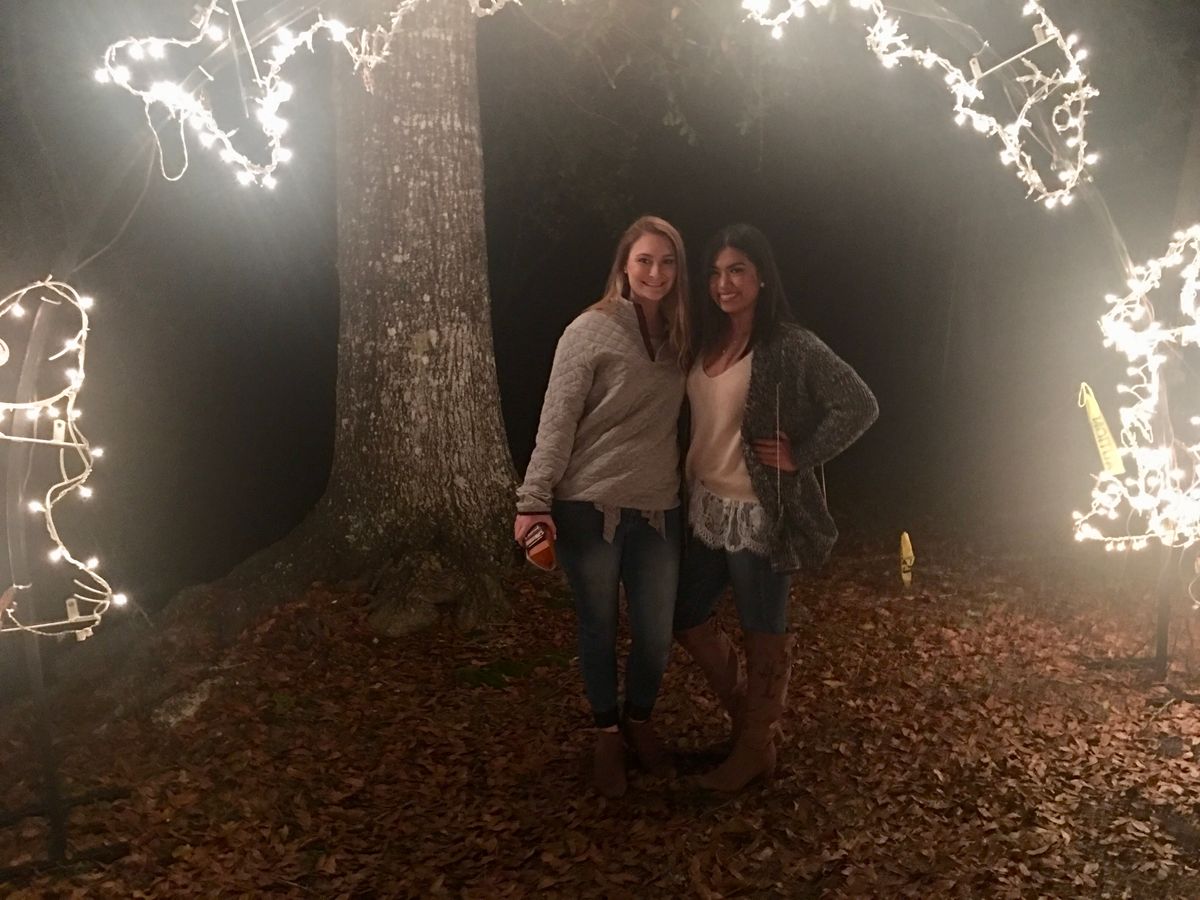 I met this outgoing, spontaneous girl going to college and realized that we were going to be best friends. She is always there for me and never makes me feel judged. She is an all around great person and has taught me so much about life that I feel should be shared.

Quick backstory on her, she is originally from Vietnam and moved to the United States at a young age. She still has family in Vietnam but the United States is her home. Below are some things that I have been educated on since having her in my life.

Here are 17 things I've learned from having an immigrant as a best friend!

She has had a life in two separate countries and knows that her parents have worked hard for everything they have. She also works extremely hard to continue bettering herself. She is always the hard worker, even if sometimes she falls short. She is the most grateful person I know and it is most likely the fact that her parents risked a new life for her and her brother.

2. Many people will be disrespectful.

There are going to be people who are disrespectful to everyone. There have been times where we will go out as a group and have people make slight racial remarks towards her. When we go out that is when she is having fun and enjoying herself and when conflicts like this happen it definitely changes her mood.

3. People will always assume she is undocumented.

You will be amazed at the amounts of times she is assumed to be undocumented. There have even been friends of ours that have assumed this. Not all immigrants are illegal people. Especially the ones in college.

The number of people who are respectful and who are disrespectful is about 50:50. There are several people who do not care about race and treat her just as I treat her, which is something that more people need to notice. Not all people are rude.

5. Food is much better homemade than in restaurants.

I never realized this before her mother cooked fried rice. I always assumed the restaurants pretty much tasted like the food would if it were homemade, but boy was I wrong. Eat more authentic food.

It doesn’t matter if you have an aunt from Vietnam or have Vietnamese ethnicity, everyone is different. They do not all wear the same clothing, eat the same food, or have the same religion. They could have absolutely nothing in common, just like Americans. Most Americans live completely different lifestyles.

7. Having someone in your life that is bilingual is extremely convenient.

This one is pretty self-explanatory. Many people cannot speak another language outside of Spanish or English. However, with her being able to speak Vietnamese it has not only made life more convenient but also interesting.

Since I have met my best friend, I have become more open-minded. I have begun to accept people more than I used to because of how I want her to be treated. It would be hypocritical of me to expect her to be treated a certain way and then treat other people badly. She has definitely helped me grow as a person.

9. I learned to believe in myself more.

Just like most friends they make you feel great about yourself. However, she sees me from a different perspective from any friend I have had. She truly sees the best in me and supports me in every situation of my life. She believes in me just as much as my mom, if not more. She honestly believes I can accomplish anything in life.

10. Some people are very uneducated on immigration policies.

I now work in the immigration office on my campus and know more than the average immigrant on policies that they have to follow when coming into the country. Many people always ask why she hasn’t yet filed for citizenship and they do not understand her reasoning. Not saying they have to, but at least respect her reasoning. There are several people who believe that it does not take as long as it does. It goes by quickly for some, however, for other people, it could take years. It is also pretty pricey, and something that an average college student could not afford. She is taking the proper steps and is in the United State legally and that is all that should matter. Personally, I do not believe it is anyone’s business.

11. Thinking of others first is always the way to go.

She has put each person in our friend group over herself SEVERAL times. She gets joy out of seeing us happy. I learned that I should do the same because you never know what kind of day someone is having. A little compliment or smile could go a long way.

12. However, occasionally putting yourself first is needed.

Sometimes you will have to put yourself first. I have a problem doing this and she has shown me how to stand up for myself in certain situations and taught me a positive way of putting myself first. A way no one would get hurt.

13. The friendship will work better if the two are completely honest.

We are completely transparent with each other and our friendship is the strongest friendship I’ve had. We realized you cannot have a friendship if it is not based on honesty. This is one of the best things about our friendship because we know we can always trust each other.

She is very family oriented and so am I. However, she has taught me that the only people who will go completely out of their way for you are family. Her family took her to a different country so that she will get a better life and education. Family should always come first.

15. Do not believe any stereotype of any race or religion.

Obviously, this is something many people should already know. Stereotypes are terrible labels that sometimes do not even make sense. An Asian stereotype is that they are all smart. Each person has different intellectual skills. Not all Asians are smart. Many people confuse working hard with intelligence which I believe is where the stereotype originated from. They may work for everything they have but it does not necessarily mean they are intelligent.

16. If you bet against an immigrant, they will win.

Immigrants are some of the most hard-working people I know. They have come from the very bottom and want to make it to the top. They strive to prove people wrong about the things they can and cannot accomplish. My friend has been one to work extremely hard to prove others wrong. If you tell her she cannot do something, she will prove you wrong.

17. The last thing I've learned is that you may not always see eye to eye.

Again, just like most friends, you will have your differences. However, ours is not based on conflict but more of beliefs and views. She has grown up on a different side of the world and has grown up with completely different customs so of course, we have different religious beliefs. However, we have not managed to let that come in the way of our friendship which I am so grateful for. We are both very mature and respect each other.

Some of these can maybe be learned from a same-race friendship. However, I feel I needed to share my experience and hope that others use it to their advantage.