If you had cool parents, they'd let you stay up till 10 p.m. playing. 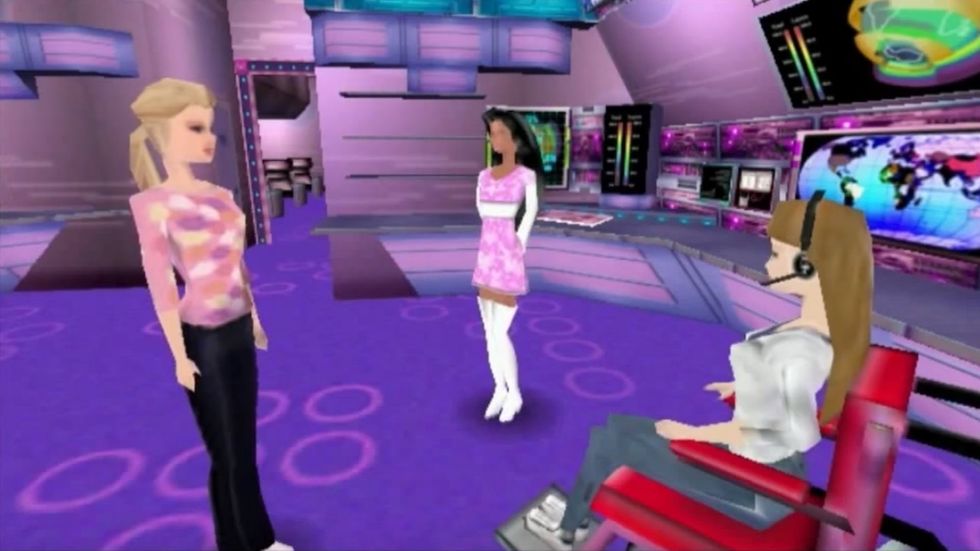 Back in the late '90s and early 2000s, we weren't so reliant on the internet to keep us occupied. Going online meant listening to that awful sound that came with any dial-up connection. The worst part was that being online would tie up the phone line making it impossible to receive phone calls on the landline. Needless to say, if your mother was a Chatty Cathy she probably wasn't so happy about that.

So, instead of allowing us to intercept precious phone time, we played games right on our PCs. Sometimes it took an hour to install the games from their CD-ROMs but in the end, it led to hours and hours of fun.

Sometimes mom and dad were occupying the home computer and it forced you to use a whole different form of technology. If you were anything like I was, you probably sprinted to the living room to play the Play Station.

Most kids had one thing in common. We were amazed by the technology and would play games every chance we'd get.

For girls, it always seemed like Barbie was trying to take over our lives. We had Barbie clothes, dolls, cars, houses and then finally we had computer and Play Station games.

If I remember anything... it's that the following Barbie games took up a decent chunk of my childhood and probably yours too.

I personally remember bringing this game to my friend, Christine's, house. Her dad let us stay up super late so that we could finally beat the game after playing it ALL day.

While this game was tons of fun, it also made me believe that invisible suits did exist and that I was missing out by not having one.

This one wasn't for the faint of heart. I always made my dad play the game for me because at any moment the "shadowy figure" could appear...I probably spent a good amount of time covering my eyes.

You might have forgotten about sequel to the "Carnival Caper," but you probably still haven't gotten this music out of your head.

Sure, Shaun White is cool but have you seen Barbie hit the slopes?

As an ice skater, I loved this game but I always had a hard time playing it with non skating friends. Just like any know-it-all kinda kid, I would sound out the name to every move as it occurred and then proceed to talk about how I could've done the trick better.

This one required you to use an actual genie bottle that you had to plug into your computer and remove the lid at specific times. I'll never forget flying into the "City in the Clouds."

This one, I thought I maybe imagined...because unlike the previous games, a commercial or soundtrack was no where to be found other than this little clip. While this maybe low quality footage, my eight year old self promises you that it was a high quality game.

If you played this game, you probably understand that glitches were unavoidable, just like this player above. None the less, you played it anyway.

games
Report this Content
This article has not been reviewed by Odyssey HQ and solely reflects the ideas and opinions of the creator.