Let's Retire ‘Baby It’s Cold Outside’ For The #MeToo Era

Is It Time To Retire 'Baby It’s Cold Outside' For The #MeToo Era?

"It was written in a different time" isn't exactly a good excuse. 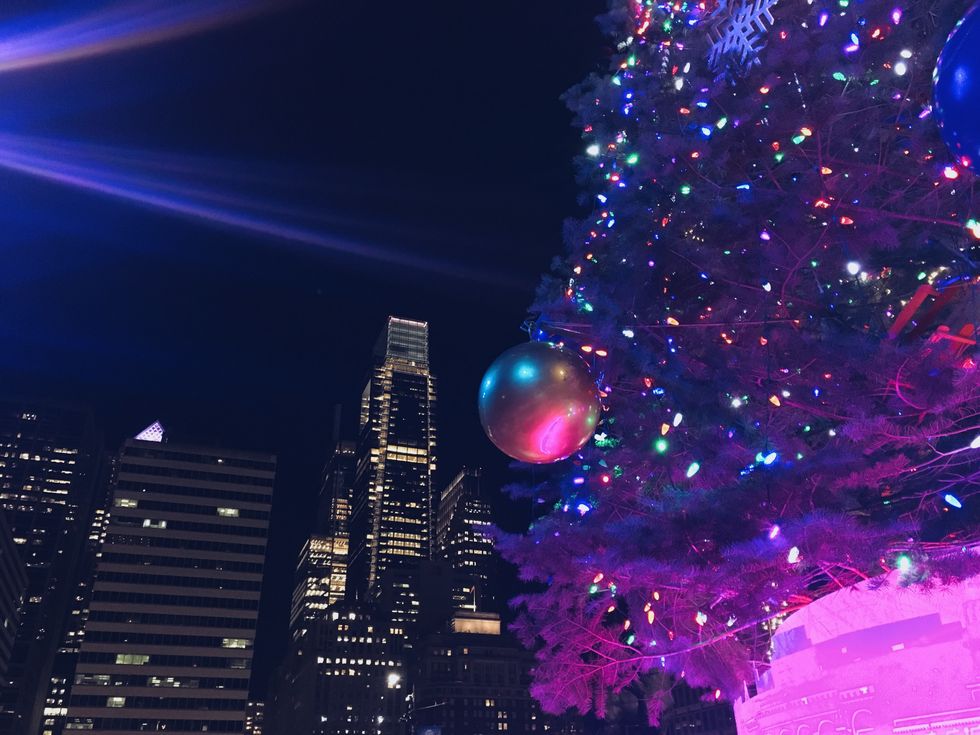 Adding to the innumerable movies, activities, lights, and shopping lists, music is one of the biggest things that will get you into the long-awaited holiday cheer.

From Bing Crosby's lush vocals to Ariana Grande's bop, "Santa Tell Me," nothing warms you up like a long Spotify playlist of Christmas music and a hot peppermint mocha coffee.

The catch is a few songs that we have listened to just about our entire lives were written in a different era, to say the least, where the values we hold today weren't exactly upheld.

"Baby It's Cold Outside" is one of the most popular Christmas songs to date, with popular renditions from multiple talented artists. While the song is a celebrated classic, society should take a closer look at the strange and unnerving lyrics of the song, and answer the question of whether or not they reflect our society's beliefs.

To start, consent is defined as "permission for something to happen or agreement to do something." Consent is often the topic of discussion when an agreement is violated between two people, often times in sexual cases.

The story of "Baby, It's Cold Outside" is one where a woman and a man are presumably enjoying their indoor date-night. The woman states how it is getting late into the night and should leave, to where her male counterpart tries his best to get her to stay.

Sounds normal, right? We've all had days where it's been just so much fun you'd like that person to stay for longer. Here, the man wants the woman to stay for other reasons. He clearly has plans for when she stays, as told by the innuendos and side-comments made, how "her lips look delicious" and "mind if I move in closer" (to her).

The woman explicitly states "I ought to say no, no, no, sir," to where her requests are ignored, and other ways of disregarding consent come into play.

Consent goes further than just "no means no." Manipulation is key for someone to get what they want in the case where they are already ignoring the other person's "No." This is even seen in the song, where the man tries his best to convince the woman she wouldn't be able to even catch a car due to the snowstorm outside. He tries to manipulate her into thinking she won't be able to get home safely, or she'll get sick from the cold, all to get her to stay so he could get whatever he wants.

Next to manipulation, victim-blaming is shown, where in order for someone to get what they want, they blame their victim into thinking they "owe them" or if they refuse their advances, it will come back to hurt them. This is seen in the lines where the man states "What's the sense of hurting my pride." Afraid of the inevitable rejection he's facing, he's blaming the victim that if she doesn't spend the night with him, she should feel bad for hurting his pride.

This is only reflective of a society where many sexual harassment cases started with the victim being told they owe them, or it'll hurt someone if they don't get what they want.

The strong and inspiring #MeToo movement that has been shedding light on long-overdue sexual abuse and harassment, is one that is teaching a generation of young adults everywhere about the widespread and prevalent sexual abuse that strains the workplace, media, Hollywood, etc.

To play a song that only goes against what this widespread movement is trying to rise against for the sake of enjoying holiday music seems a bit controversial. If we, as a society, stand against sexual violence and with the #MeToo movement, maybe it is time we rethink whether or not we should listen to "Baby it's cold outside."

Yes, the song was written in a different time. A time where women were often objectified and mistreated. Society doesn't believe in that anymore, we have evolved and progressed from a time where women didn't have a voice. In realizing that, we have the choice whether or not to listen to anything that goes against our morals today, written in a different time period or not.

While Michael Bublé and Idina Menzel's vocal arrangements might swoon us in a rendition of this controversial song, it may be better to stream Queen Mimi's "All I Want For Christmas Is You" album instead.