Just a reminder that this year wasn't entirely bad. 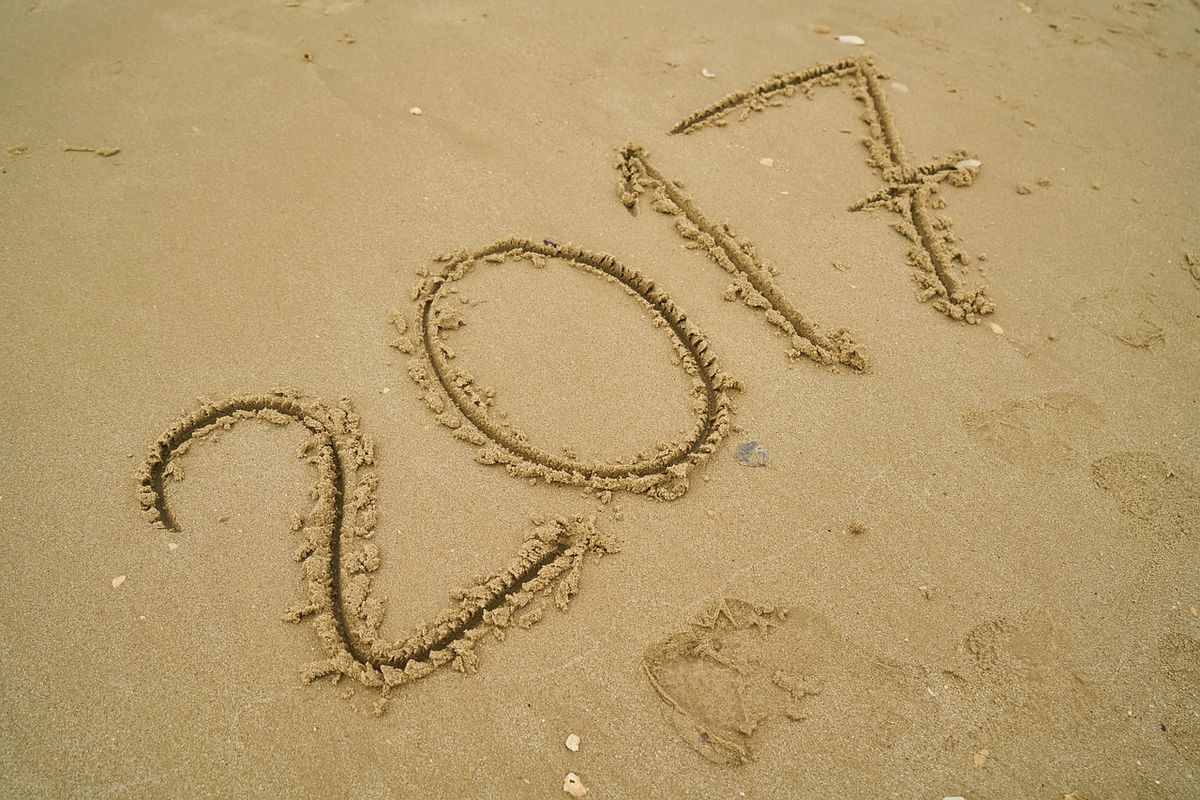 2017 has been a rough year for the world. From terror attacks to natural disasters, I think we can all agree that the past year might've been a little bit of a shitshow. But now that 2017 is (finally) coming to an end, we should acknowledge some of the great things that have come out of this year!

Shortly before concluding his term, former President Obama performed the ultimate act of bromance by awarding Vice President Joe Biden with the Presidential Medal of Freedom with Distinction. This was the first and only time Obama awarded anyone with this particular award while he was in office. Obama + Biden is the best bromance. Don't fight me on this.

2. The "Ice Bucket Challenge" paid off.

Scientists in Israel announced that they have come up with a new treatment for ALS, the disease that the ice bucket challenge was meant to raise awareness for.

3. Southwest Airlines saved a bunch of dogs from Hurricane Harvey.

This July in Panama City, Florida, a group of beachgoers worked together to form a human chain to rescue a group of 10 swimmers who had gotten swept out by an aggressive rip current. Faith in humanity = restored.

5. Virginia's Danica Roem was the first openly transgender person to be elected to serve in a U.S. statehouse.

Roem beat out incumbent Robert G. Marshall, who was vehemently anti-transgender and referred to himself as "Virginia's chief homophobe." Marshall refused to debate with Roem and referred to her using male pronouns. Congratulations, Danica!

6. Carter Wilkerson won free chicken nuggets from Wendy's and his tweet became the most retweeted ever.

7. A student missed his graduation because of a delay on the subway, so his fellow passengers created a makeshift ceremony for him.

Nursing student Jerich Marco Alcantara missed his graduation when the subway he was on encountered a brake malfunction. His fellow passengers played music and presented him with a makeshift diploma to make it up to him.

8. The New England Patriots overcame a 25 point deficit to beat the Atlanta Falcons in Superbowl 51.

Even if you aren't a Patriots fan, you have to admit that their comeback was a stunning one. They showed the power of resiliency, and that you should never give up, no matter how impossible your odds might seem.

9. A little girl with a robotic hand went on a quest to throw the first pitch at every Major League ballpark.

A 7-year-old named Hailey Dawson was born with a birth defect that caused her to be missing 3 fingers. Since then she's been fitted with a robotic hand, and now wants to throw out the ceremonial first pitch at every MLB ballpark. Many teams have already reached out to help her make her dream come true.

Australia's parliament voted to legalize same-sex marriage in a landmark vote after years of fierce debate. Love is love!

11. Mikayla Holmgren became the first person with Down syndrome to compete in a Miss U.S.A. state pageant.

While she did not win, 22-year-old Mikayla did receive the "Miss Minnesota USA Spirit Award."

An anonymous person just walked into a Walmart and paid off people's Christmas orders as an act of kindness.

Hopefully, this list made you remember a few of the awesome things that happened this past year! Happy New Year and best wishes for 2018!

Nicole Marie Nigro
Individual Creator
7090
c1.staticflickr.com
Where to start...... Let me start with the cliche that life throws us curveballs and what we do with it is what counts.