Are Attacks On Clinton's Health Fair?

In the competition for the highest office in the country, we're clearly prepared to stoop pretty low. 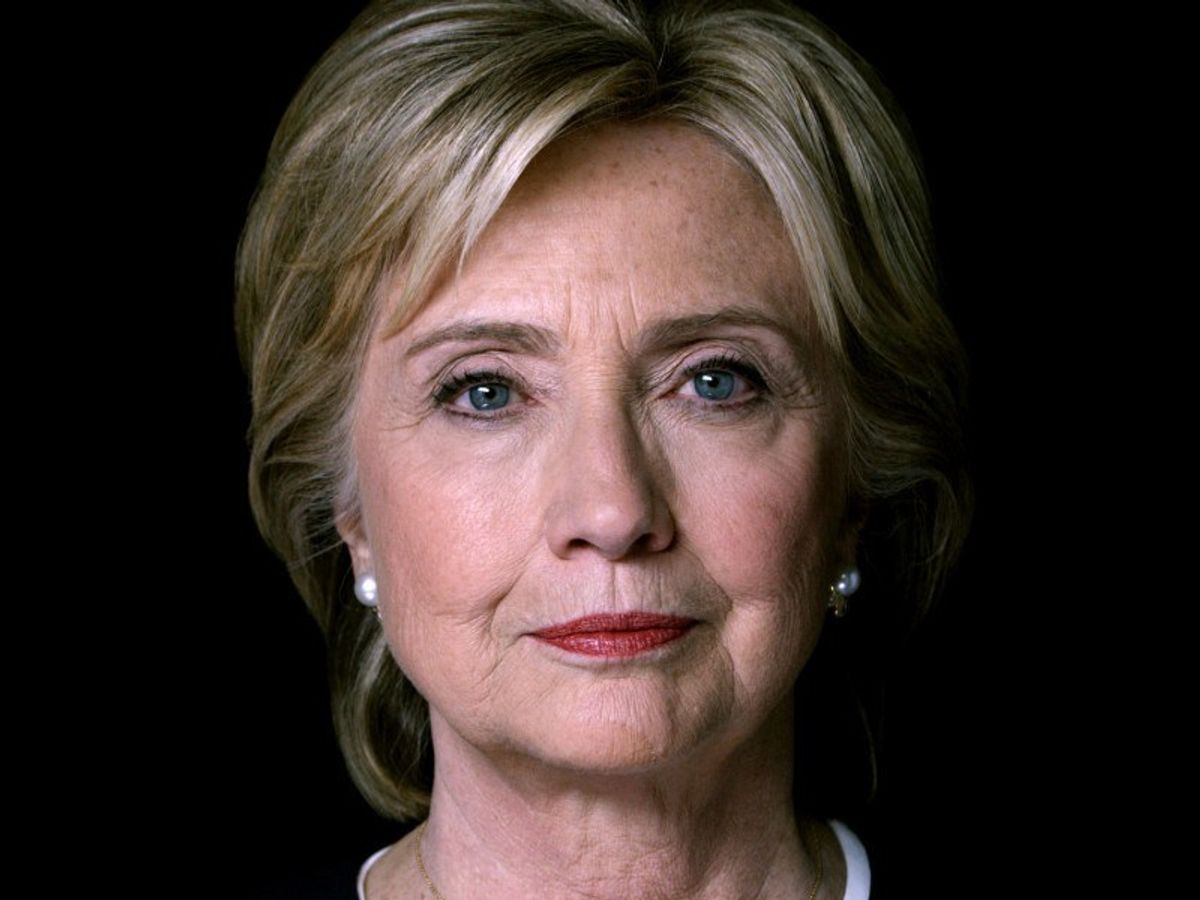 Pneumonia. Parkinson’s. Neurological disorders. Apparently now that her emails are no longer a fascinating topic of discussion, Clinton critics have moved into a new domain: her health.

Following Clinton’s unexpected departure from a Sept. 11 memorial, there have been countless news stories developing about her pneumonia, and the potential ramifications of this diagnosis. Emphasis has been placed on characterizing her as sickly and weak, while concurrently calculating and shady.

Not only is this a strange duality in and of itself, it’s also a questionable tactic, thus the question: Is Clinton’s health fair game for criticism in this election?

To answer this question fully, we need to contextualize the issue. Attacks on Hillary’s health have been a topic of discussion for ages, with people claiming she had everything from epilepsy to Parkinson’s. The effort to characterize her as mentally unstable and therefore unfit for office is an interesting one, and difficult to dissect.

The first thing we need to ask ourselves is, what is the point critics are trying to convey through this hypercritical focus on Clinton’s health? Are they trying to say she’s unfit for office, thereby endangering our country? While perhaps the most compelling point they could make — after all, we want our president to be fully functional — it lacks the compelling evidence to support it. While there are conspiracy theory-esque claims floating around the Internet, there has yet to be a medical statement that carries credence establishing she’s unfit for office, and this is important to recognize.

With that point still existing yet holding little weight, we have to shift to the other potential explanations for these attacks on Secretary Clinton’s health. Of course, there is the obvious explanation that these criticisms undermine the reputation she’s tried so hard to build for herself as strong, capable, and unwaveringly dedicated. Similarly, the attacks on Clinton’s neurological state seem to be another ill-meaning attempt to call into question her mental state, serving both the hysterical female narrative and the psycho Clinton one. However, more prominently, the media blowout over Clinton’s heath serve to perpetuate the narrative that she’s shady.

But, does Clinton have an obligation to disclose information about her health, an inherently personal matter? Believe it or not, not everything occurring in a candidate’s life is up for grabs, only the relevant information. Of course, if Clinton’s condition threatens her status as a viable candidate (wouldn’t it be a shame for a party in the 2016 cycle not to have one of those?), then sure, I would say the public ought to be aware. But when there’s no evidence that is the case, these attacks create a self-perpetuating cycle where there’s no actual impact.

To put this issue into more context, there has been a decent amount of attention focused on Libertarian candidate Gary Johnson’s physical accomplishments, such as climbing Mount Everest, with a focus on contrasting this feat to both Clinton and Trump’s lack thereof. While it’s great that Johnson can do that, and I feel pretty confident he won’t time out in office, literally no one would claim that climbing Mt. Everest is a viable assessment of presidential readiness, reflecting how this presidential health news story is needlessly denigrating.

Don’t get me wrong — I certainly think we need to hold our politicians accountable, and that transparency is paramount in the office of the presidency. Should Hillary have disclosed her illness? There is a compelling argument to be made for that assertion. However, is she deserving of the criticism concerning her health, an ultimately private matter? I would argue that the response she has elicited is not proportional to the wrong she committed. She didn’t fully disclose something about her personal health, something which I’m sure she felt she didn’t need to — because it’s personal. Yes, she should have been more transparent, but that does not warrant the deluge of criticism she received.

Interestingly enough, the same people who are criticizing Hillary are the ones who keep quiet when Trump refuses to release his tax returns, something I would certainly argue is tantamount, if not more reprehensible and shady, to failing to disclose health issues. That being said, in this presidential election, I don’t think productive criticism arises out of a flat comparison of the candidates. Each of them carries their unique baggage, and has unique flaws. Rather than in previous elections where it was fair to assert “Romney’s tax plan is quantifiably better” or “Obama has a stronger grasp on women’s issues,” this election makes it unfair to place the candidates on a two-dimensional plane, insofar as their strategies and weaknesses are so radically divergent from each other.

If we laud Trump for “speaking his mind” and being “honest” when he’s running against a candidate notorious for her perception as shady and calculated, we celebrate anything he says that sounds remotely unscripted, regardless of its actual veracity. Similarly, if we merely hold Hillary to the standard of being “better” than Trump in certain areas, such as race relations and foreign policy, we allow her to get away with a whole lot. We need to begin evaluating them on their own merits and flaws, rather than in relation to each other.

In the vein of constructive criticism, I find the attacks on Hillary’s health to be petty at best and wildly problematic at worst. As we have begun to question her neurological wellbeing, we drift into dangerous territory, as we simultaneously stigmatize those with actual neurological disorders, and insult the intellectual tenacity of a brilliant — regardless of whether you agree with her politically — woman.

What we need to remember when we discuss Hillary is that this is not a woman loved by the media. Their constant criticism of her, ranging back to her Arkansas First Lady days, have alienated Hillary from the press, making her hesitation in being forthright reasonable. Of course, it’s understandable why people are annoyed at her shadiness. We still need to think to ourselves, however, and wonder how the media would have characterized her had she come forward with her diagnosis immediately. I imagine it would not be pretty.

With rumors circulating about her health, ranging from the skeptical to the obscene, can you really blame her for not wanting to fuel the fire? Of course, her plan backfired anyway, but was this the result of archetypical shadiness, or simply an attempt to not fuel the fire that has already burned her so many times? The attacks on Clinton have long shifted away from the political to the personal, and it’s time to stop this. We need to elevate the level of conversation, and at the very least, impact our criticisms with how they will affect her ability to serve the Oval Office. Right now, this has yet to become manifest.