What Happens When An Atheist Sets Out To Learn About Faith

What Happens When An Atheist Sets Out To Learn About Faith

I set out to learn about denominations over one semester and what I learned is that we're all human. 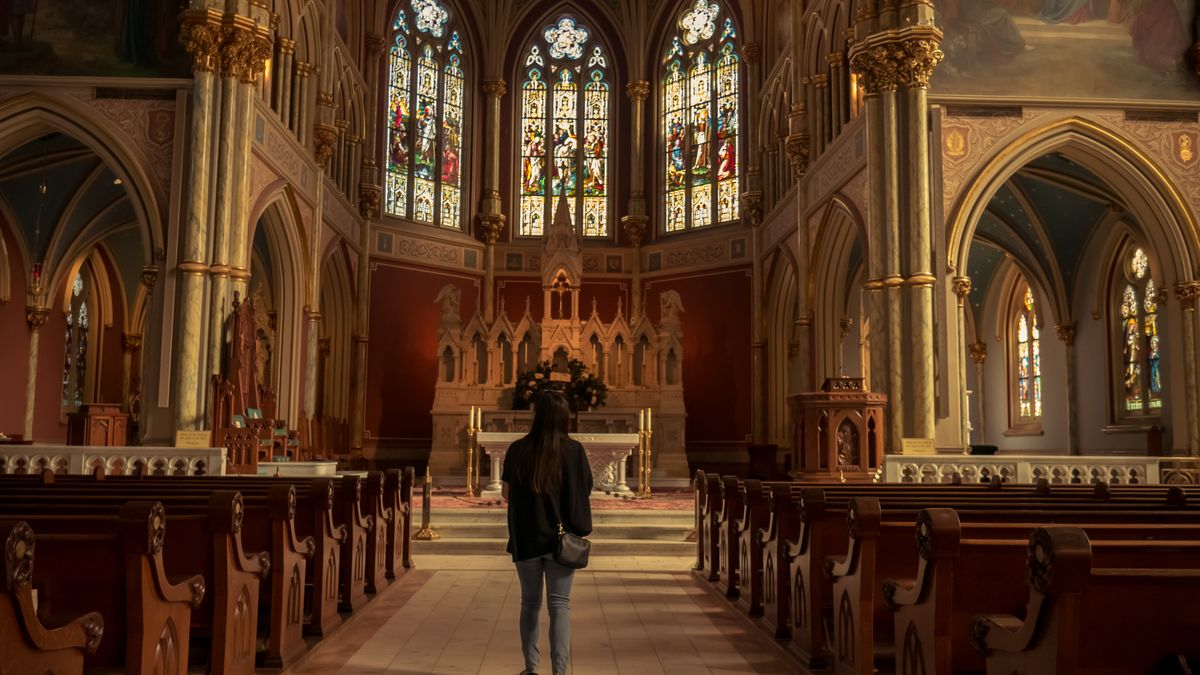 During this last semester, I set off on a journey. My objective was to begin a new novel featuring characters of faith. Even though I write within the tradition of existentialism, I felt that an American book would have to be tied to faith in some way if I was going to accurately portray the tensions that I observed. This meant that I was going to have to get a little familiar with church.

Everyone in my life knows that I openly left religion a little under two years ago. I couldn't seem to make even the most liberal theologies line up with my beliefs. A main staple of my convictions was that you should question everything and to me, faith didn't line up with that conviction. I didn't feel like belonging to the church gave me room to ask questions and the only people who would answer questions were atheists or otherwise non-religious people that I came into contact with. As someone who likes to question, of course, I picked the side that let me ask.

With my new novel project, I've spent a lot of time in churches and reading about religion and relationships in the United States. I've read about different denominations. I've read about Catholics vs Christians and about the new trend happening where people label themselves as non-denominational. So what have I noticed?

There's not really that much of a difference to warrant all of the infighting that I see as an outsider. Since I attend school in the south, if I need to obtain some books about religion I often venture to Christian bookstores. Now, I've met some really accommodating people but at one bookstore, I met a woman who told me that my family needs to become Baptist because Methodists aren't real Christians.

If you're shaking your head right now than just know that I was too. My family members have been lifelong members of both the Catholic and Methodist churches and no, they haven't committed any egregious crimes yet. The anti-Catholic and anti-Anglican sentiment in the south that I've come into contact with has been jarring. Thank goodness I didn't tell her that I'm really an Atheist.

But the other thing I'm learning is that you have to listen to people. Skepticism shouldn't just be thinking there's no God. If you're truly skeptic and always questioning, that should include your beliefs - both your political beliefs and spiritual beliefs - because when we stop questioning we become complacent.

I've learned that some people have had the opposite journey that I did. They start out questioning and reach the conclusion that there is a higher supernatural power and that's okay too as long as they keep questioning. When intellectual curiosity dies so does all ability to question authority or make real changes.

The biggest thing that I've learned is that we're all human. We all have something to contribute to the conversation so long as we're willing to hear the other side out. My project has taught me that interfaith existence is indeed possible as long as all sides are willing to engage with each other, but I just don't see that happening yet, and so I'm calling on my friends of faith and non-believers alike to start their own projects. Learn as much as you can about your neighbor before we cease to see those different from us as human.