11 Artists You'll Enjoy If You Love WALK THE MOON
Odyssey

11 Artists You'll Enjoy If You Love WALK THE MOON

You can be an album person or a playlist person, but we're all WALK THE MOON people. 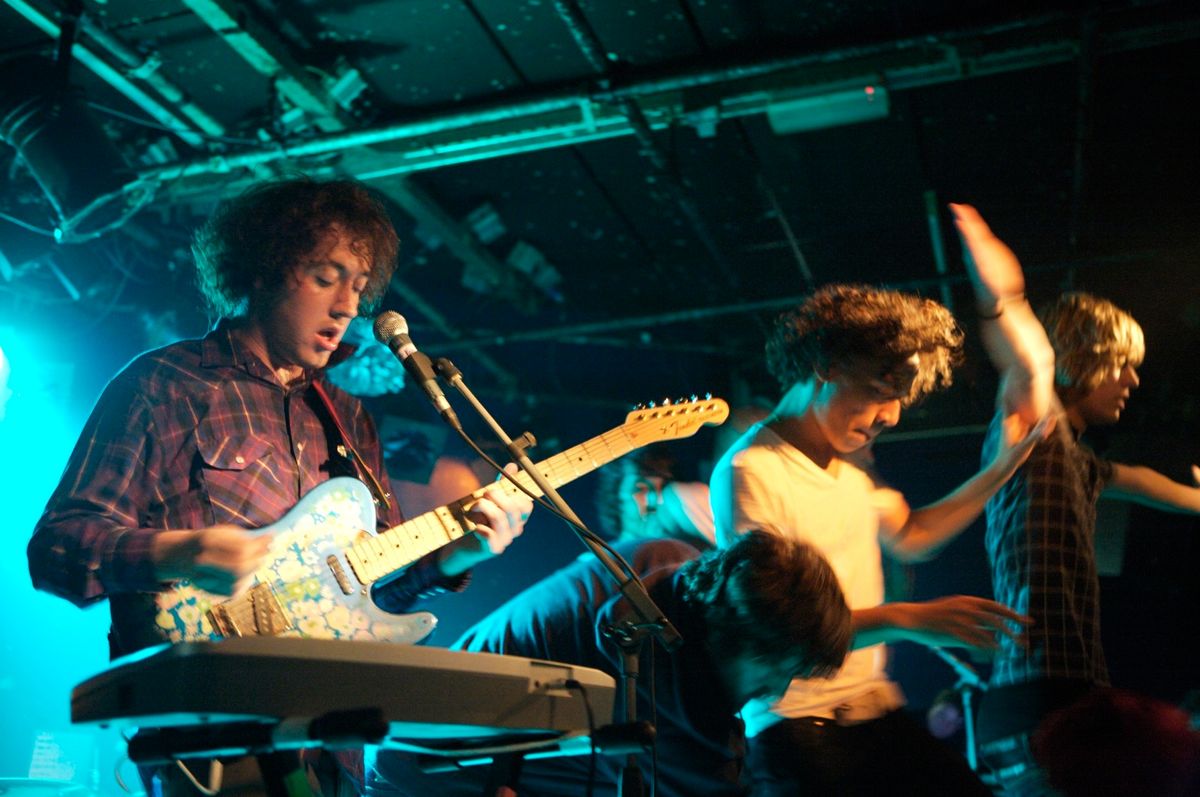 Listening strictly to albums has led me down an alternative-indie-pop-rock rabbit hole where I end up listening to the same artist for months. Over the years, I've grown familiar enough with some albums/artists enough to group them according to sounds, so here they are!

All these artists are similar to WALK THE MOON within one standard deviation: some are more mellow, some more fast-paced, some have more electronica, all are equally good. If you’re also an album person or are just looking for new music, check out a few of these artists! “Known For” indicates their most popular tracks, “Best Album” is my personal favorite album, and “Top 3 Tracks” lists three songs I’d recommend anyone to get to know the artist.

The Wombats have created music at either end of the alternative rock spectrum; their older albums feature heavier instrumentals, their newer songs leaning more pop with plenty of synths and airy background vocals. Glitterbug has a similar theme to TALKING IS HARD, but their older songs are also worth a listen (side note: "Greek Tragedy" has an amazing, if dark/disturbing, music video).

Best Album: Only The Lonely

Their 2014 album Electrogram is perfect to dance to, 2017’s Origami is great to walk away from explosions to (while putting on sunglasses), and their latest 2018 single “Feel It All” probably caused the explosion. Their music actually reminds me more of Fall Out Boy’s more recent music - less upbeat, featuring more complex traditional and electronic instrumentals and a more typically “rock” beat. “Lisa Baby” and “Kamikaze” sound closest to Vinyl Theater’s more recent releases.

Known For: Breaking Up My Bones

Autoheart’s vibes remind me most of “One Foot” and “Work This Body” with its upbeat pop instrumentals and Hozier-like vocals.

If you liked the airy nature of WALK THE MOON’s “Aquaman” and “Portugal,” Magic Man is perfect for you. Magic Man has the perfect combination of a catchy bass line and electronic synths in the background that emulate those two tracks.

Best Album: Before the Waves

Very pop, very catchy, with music faster but quite similar to The Cab and The Script, actually. Definitely check out their acoustic covers because their guitar renditions are chill-worthy and absolutely gorgeous (they've done WALK THE MOON's "Anna Sun," Linkin Park's "Numb," and Portugal. the Man's "Feel It Still.") The lead singer’s singing style makes every song so haunting and emotionally raw.

Known For: Beware The Dog, 16 Years, Live This Nightmare

Top 3 Tracks: Rufio, If You Wanna Stay, Live This Nightmare

Many of their songs tend to have similar tempos and have less variety, but if you like that type of song, you’ll probably like their album.

Known For: Bob Marley, In My Arms, Waiting For You

Best Album: Waking Up The Giants

Top 3 Tracks: Troublemaker, Bounty On My Head, The Struggle

Imagine a softer, more soulful, less angsty version of Muse. They definitely fall on the harder side of rock, veering almost into punk territory, but they have plenty of mid-tempo and slow songs for a good balance.

Any RKS song is immediately identifiable; soulful, haunting vocals combined with delicate guitar picking, soft congas, and a simplistic bass lines in the background, they could almost be mistaken for folk music. The lead singer’s voice sounds similar to Sam Smith and/or Hozier. Their songs tend to be more mellow.

Similar to Alt-J and BØRNS in the smoothness of his voice, NoMBe emulates “chill indie” with a distinct bass and jazzy snares in the background. His music is darker and slower compared to many of the artists on this list but makes for a very good listen nonetheless.

Best Album: They Might’ve Even Loved Me

Liked “Up 2 U"? Then you'll love "Red Hot Lights." Enjoyed "We Are The Kids"? You'll probably like "Two High." Moon Taxi follows a similar head-nodding, foot-tapping set of riffs and instrumentals. They’re further on the alternative rock end than pop, but some of their songs are more upbeat.

Known For: Two High, Morocco, All Day All Night

How many of these artists do you already love?