"positions" is the album we were all hoping for. 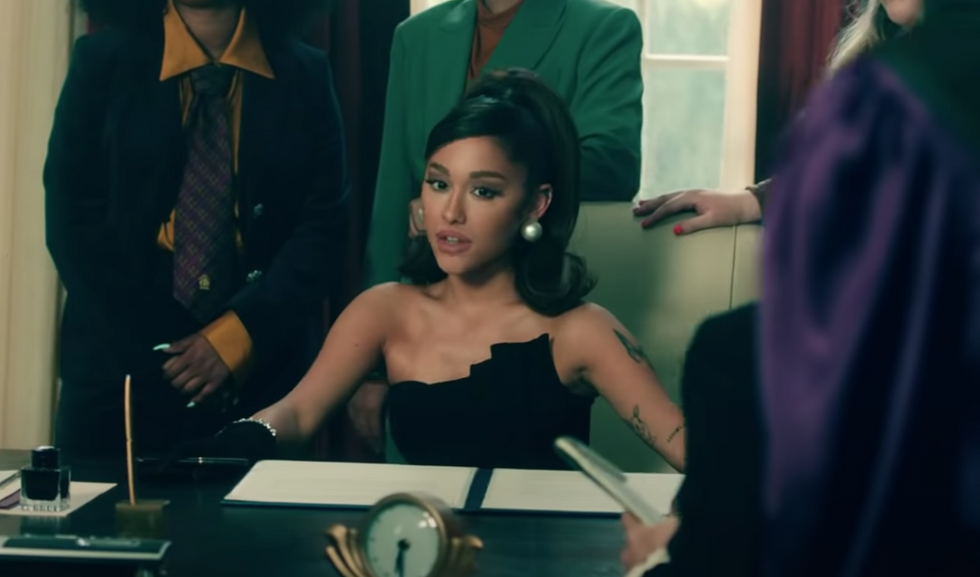 Thursday night, Ariana Grande released "Positions", her sixth studio album and one of her best to date. She gave us pop, R&B, and jazz. She gave us powerhouse and soft spoken vocals. She gave us anthems, bedroom jams, and ballads. Basically, "Positions" has all the replay value in the world and a song for everyone.

Because it is so good, it's only right to rank the songs. This list is not in order of best to worst, because there are simply no "worst" songs. It's in order of great to utterly stellar.

It's amazing how Ariana sounds so mean and so pretty at the same time. The classical string arrangements throughout the song give the sound a warm, 1950s movie feel.

"34+35" is a nice transition from "shut up" as it keeps the same vibe created by the classical influence. It's catchy, had some great one-liners, and is sure to sell if it's released as a single. Not to mention the outro is golden.

"motive" is upbeat and a great song to dance to. It reminds me of a grown-up version of "Be Alright", a song from Ariana's third studio release "Dangerous Woman". Doja Cat's verse was so fitting and brought the song to a new level.

Ariana opening the song with vocal excellence was a power move.

"west side" has a beat to bob your head to and a chorus to get stuck in your head all day.

"safety net" is about being scared to fall in love again, but allowing yourself to fall freely anyways. Ariana and Ty Dolla $ign surprisingly have seamless chemistry.

"just like magic" is honest, personal, and optimistic. The positive affirmations in this song are so refreshing.

A+ for lyricism! The entire song is one big double entendre, and even the title in itself is clever.

Every facet of the instrumental on "obvious" functions so well. If you've ever liked someone, Ariana's straightforward lyrics put all those feelings in one song.

Sonically, "my hair" is what I've wanted from Ariana all along. "my hair" is not the most lyrically ground breaking, but it just sounds so good! The jazz instrumental and the gorgeous whistle tones really bring this song over the top.

The title track was the smartest choice for a lead single and properly summarizes the entire album.

The introduction? Flawless. The pre-chorus? Flawless. In my opinion, the outro might have functioned better as its own separate interlude, but it still enhanced the song. It can be very hard for pop singers to properly execute jazz songs, yet Ariana gets it right on "love language".

If you didn't know that Ariana and The Weeknd cannot miss, now you know. This song is flawless. The Weeknd and Ariana have undeniable musical chemistry, exemplifying it in this song. When listening you feel like you are in the same room as them.

Ariana saved the best for last. "pov" has everything a good Ariana song has: powerful vocals, touching lyrics, and an instrumental that makes it feel like you're living through a movie. If you're getting married soon, I suggest you add this song to the reception playlist.