Ariana Grande Is A Queen
Odyssey

Ariana Grande has been in the limelight since her youth. Despite her tremendous success, she is often perceived incorrectly by young and old alike as a diva and a prissy pop star. 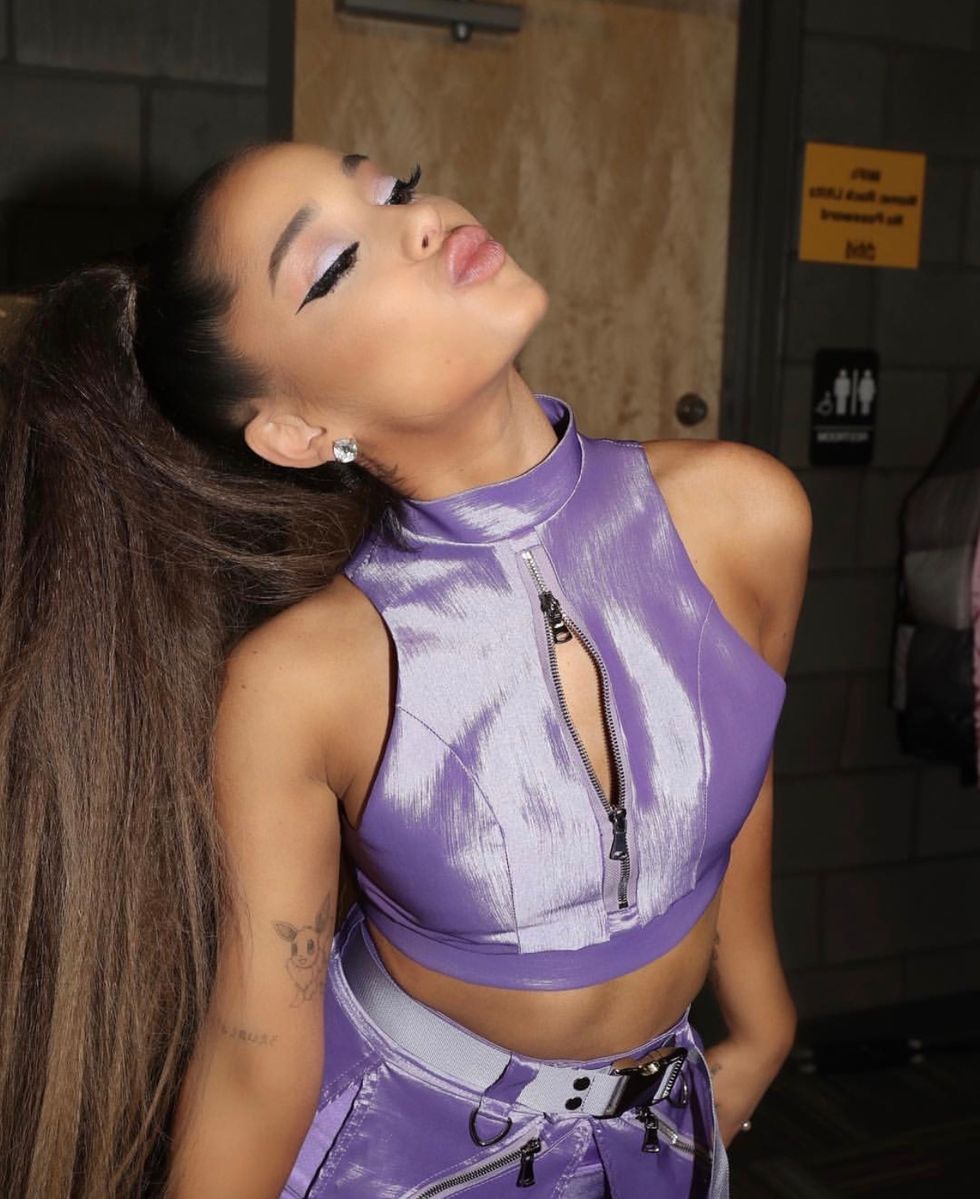 February 23rd, 2019. This is the date that one recording artist made history, earning the rights to a position that hasn't been occupied since 1964, when The Beatles held the rights to the top three most popular songs on the Billboard Top 100. This artist is misunderstood, often criticized and belittled for her charming and fun-loving nature which is often misconceived as "conceited," "obnoxious," and "dramatic." This female soloist is the first solo artist to ever produce three simultaneously chart-topping records, and she's been taking the world by storm ever since. Ariana Grande is the biggest star to rise in 2019, after a tremendous previous year in which she was declared "Woman of the Year." Had the judges known what new triumphs and glories would come Grande's way in the following year, perhaps they would have saved the prestigious title to be bestowed in 2019. Ariana Grande is an icon who's preconceived platform laid on the foundation of her acting in puerile television shows, but has grown so much deeper than her initial endeavors would suggest. Ariana Grande is a successful icon who's broken multiple barriers and enthralled herself in the music industry despite being belittled and misunderstood as a dramatic, conceited, and immature diva.

Ariana Grande has long been considered a self-absorbed diva, condemned by critics and the media for her immature behavior that several magazines have deemed "fake" and "ghetto." Grande has landed herself in several critical escapades which have reinforced her media-proclaimed conceited persona. In July of 2015, footage leaked of Grande acting unruly in a donut shop and proclaiming to "hate America" as she licked a donut. After leaking, this footage caused intense backlash, earning Grande multiple threats filled with hate and shame, even from former fans. The subject of intense political and patriotic conflict in the "DonutGate" Scandal, Grande lost a once in a lifetime opportunity to perform at The White House, as result of her seemingly inappropriate, toxic, and distasteful actions. Despite the external maliciousness of her actions, Grande's intentions were proved clear when she apologized later for the misunderstanding and accepted the responsibility and blame for her atrocious actions which she never meant to come off as toxic or degrading.

After being prevented from performing for the President and receiving boatloads of criticism as result of the donut situation, Grande was subject to controversy, hatred, and shame for her immature mistake, despite apologizing later on for her detrimental and misunderstood actions. In the same report by The Rolling Stone, Grande was also fatally condemned for her "diva" behavior. Despite evidence of Grande's assumed vain and narcissistic behavior, Grande's otherwise pure behavior dictates the level at which she herself has been misunderstood wholly by the press, media, and fans alike. Misunderstood as attention-seeking when she aimed to act as a role model, Grande's initial role in adolescent entertainment has landed her a predisposed reputation from the very beginning as an immature, child-like juvenile rather than the independent, fierce role model she strives to emulate today. Although Grande is often ridiculed for shameful behavior, as a whole, she is misunderstood because she still is a normal young women, except for having been in the limelight since her youth.

As a pop sensation, Grande's entire upbringing has been subject to discrimination and shame from the media. Like any girl her age, Grande makes mistakes, although hers are emphasized in the media for the entire world to shame. Grande, who has redefined herself over time, has long been misunderstood as a shallow, ignorant, and prissy popstar. Today, Grande works to mature, improve, and encapsulate the hearts of new and old fans alike. Ariana Grande, despite a long-standing history of diva-like behavior and conquest, can be recognized as one of today's most influential, popular, and famous musical icons.

Despite so much negativity thrown her way, Ariana Grande has changed the world of pop music, and has an evident right to be bestowed the title of "Woman of the Year." Grande, at twenty-five years old, has endured more than your typical pop diva. Grande's ex-boyfriend, R&B artist Mac Miller, allegedly committed suicide in September of 2018. Following Miller's death, social media turned on Grande, placing the blame on the female singer for the Rapper's traumatic death. Inducing trauma in Grande, the situation was only one of which Grande faced this past year, testing her natural charisma and constant positive energy. One magazine reports, "Grieving fans are turning to Grande with their anger — forgetting that tragedy is as multidimensional as it is devastating" (Catlin 1). Not only has Grande been harassed for playing a role in her ex-boyfriend's death, but Grande has also endured one of mankind's most humbling and traumatic experiences- witnessing and surviving a terrorist attack. Not only did Grande witness a terrorist attack, but an attack on her very own concert filled by her very own fanbase.

] Grande reacted to the Manchester Bombing in a classy, respectable, and strength-filled manner. Instead of concealing herself away and retorting from the musical scene of America, Grande chose to fearlessly reclaim the stage as an unwavering presence and delivered peace, reassurance, and unconditional mutual love to her fans, especially the ones who experienced what she did on the fateful night in the Manchester Arena. Although Grande is cited as an all-around diva, not many have dealt with the traumatizing events she has.

Ariana Grande's greatness is derived from the way she has reacted to what life has thrown at her. Ariana is not defined by what she has been through, but by how she has reacted to the situations she has been through. These several events are only a few of which encapsulate the greatness that Ariana Grande exemplifies. Following one of the most traumatic years of her life, Grande released her most promising and life-changing collection of music yet, which was an album entitled "Thank U, Next," which demonstrated Grande's resilient ability to channel her frustrations in the world and compile them into an album of musical and lyrical beauty.

Ariana Grande is an iconic pop performer who has changed the modern musical sphere of pop music. Grande's traumatic experiences have allowed her to mature from a misunderstood pop princess to a confident, resourceful, and successful independent woman. Many could consider Ariana Grande great yet misunderstood because since her rise to fame, she has been infamously criticized for being a self-absorbed diva, yet has not received credit for any of the life-changing endeavors that she has navigated thus far. Grande exhibits intense passion, pride, and self-awareness in her career, with the ability to produce multiple hits in extremely limited amounts of time.

Grande is often misunderstood in the way that she reportedly exhibits diva-like behavior, when she is only exhibiting strength, confidence, and self-assuredness. Grande inevitably fits his idea of self-reliance through exhibiting self-reliant traits in the way that she is an independent, self-sufficient, admirable role model for females and males alike. Ariana is a passionate believer in the power of internal happiness, the promotion of positive energy, and in maintaining eternal gratitude despite whatever rough circumstances people are enduring in their lives. Grande dedicates her life to celebrating life, beauty, and gratitude even in the worst phases of life. If Ariana Grande is a diva, then divas illustrate precisely what it means to live a life of purpose, meaning, and overcoming adversities.