Approaching the Problematic Fave: Condemn The Actions Love The Music

A Very Unenthusiastic Defense of Taylor and Kanye 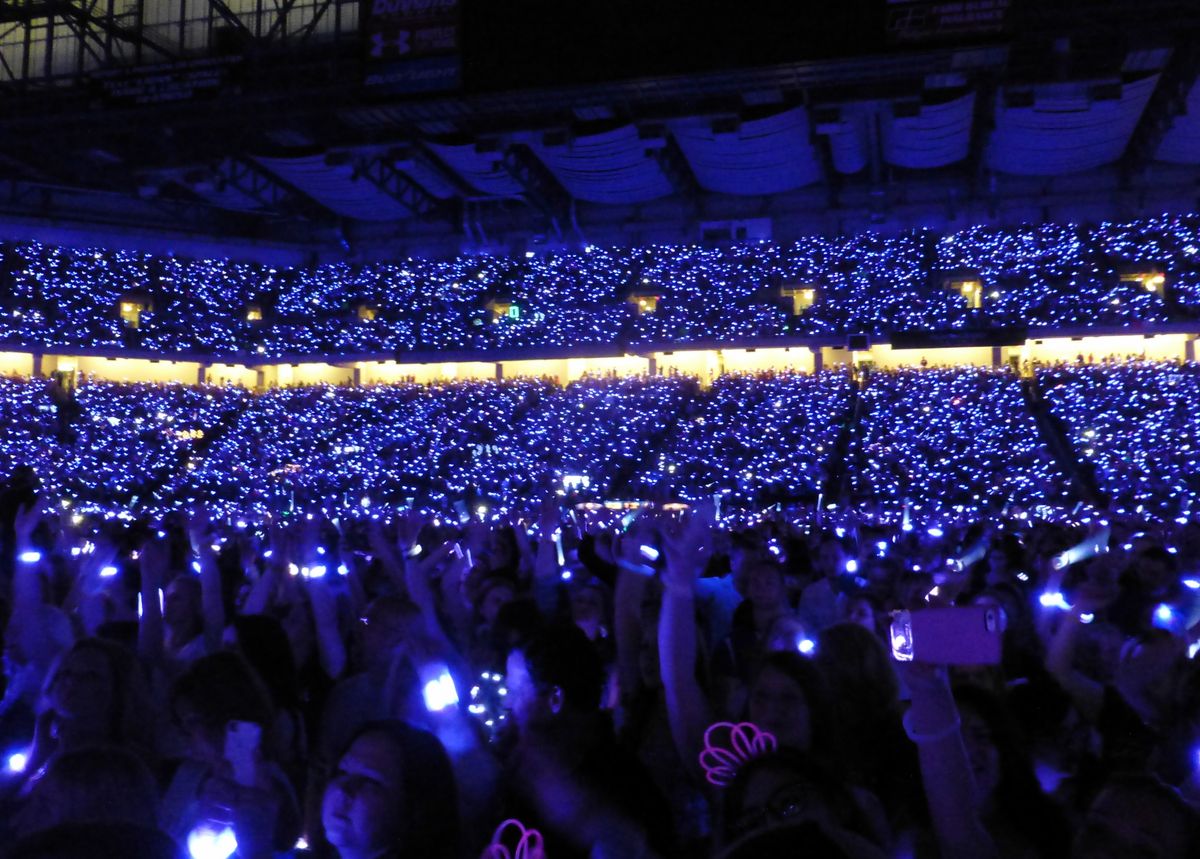 Have you ever heard anything quite as indefensible as Kanye West defending Bill Cosby on Twitter? Or his continued use of controversy to maintain relevancy in the public eye; including, but not limited to, displaying public figures nude in a bed together in a music video, objectifying women in his music, supporting Donald Trump, et cetera et cetera?

Or what about Taylor Swift's manipulation of her whiteness to be seen as a victim as a marketing ploy; the language of abusers decorating the title of her newest single, her tendency to take on the label of a feminist but refusal to speak out on intersectional issues?

When both of these artists are cast into a light that reveals all the sides of their hypocrisy and abuses of their respective platforms, they each seem so indefensible that the conflicts they have with each other give way to no clear victim. At the 2009 VMA's, Kanye was misogynistic, Taylor was racist, they both were manipulative in their music, and we, as the public, ought to morally condemn both of them.

But what about their work?

As a long-time fan of both artists, I find myself in a bit of a dilemma. The place we are in as Americans is a place where celebrity scandals are impossible to ignore when the news is plastered throughout every medium of media, on every person's Twitter feed, and other celebrities themselves are expected to support or condemn whichever celebrity in the spotlight.

Opinions are so easily shared on social media platforms that silence on political issues is seen as passivity. This is an accusation hurled at Taylor Swift and a trait which I personally try half-heartedly to avoid, by retweeting angry statements during tumultuous times and trying to remember that people who don't speak up when they have a platform are a disease that has pardoned many atrocities in the past.

And yet, this is not about condemning the Nazi uprising in Charlottesville or Trump's transphobic executive order. This is about two mainstream musicians who have moral deficits and talk trash about each other in their music as a marketing ploy.

From another perspective, Kanye and Taylor are not politicians who are deciding the nation's stances on things like the environment and taxes and healthcare, and therefore it is unfair for the public, to hold them to the same standard as the people who do make those decisions.

I have a strong connection to both of these artists' music. Taylor Swift's first two albums were there for me when no one else had been; from when I was a middle schooler with no friends to when I was driving alone up to school over the summer, blasting "Should've Said No" on the aux and wondering how people change, but bops last forever. Likewise, Kanye West is my philosophical inspiration (ask me for a sermon when you're bored), "My Beautiful Dark Twisted Fantasy" is my favorite album of all time, and the way he presents his struggles both lyrically and musically strike more spiritual chords in me than any bible study or church event ever has.

I've spent this many words laying out several arguments for this dilemma, only to say that I'm wholly unwilling to give up my love of these artists' music, no matter what the scandal presents.

So where does that leave me morally, and all the other people with their 'problematic faves'? Does liking an artist who- for lack of a more politically correct term- sucks, make me suck as well?

One solution is to separate the art from the artist: a trend that withstands the test of time as figures like John Lennon and Roald Dahl are revealed as abusive and antisemitic continue to be lauded for their work. It can be formalism, wherein the art is considered without the influence of the cultural or historical or political significance surrounding it.

But what is "My Beautiful Dark Twisted Fantas"y without the comeback that ensued, and what is "Speak Now" without Taylor's feminist rebranding? What is every political statement Kanye made in "Yeezus" and the sly references to Taylor's media persona when the music is separated from the musician?

For Kanye and Taylor to strip the music from its cultural significance is to completely discount the importance of personality behind the genre of pop and rap, ultimately leaving the music without a huge portion of its meaning.

Likewise, I don't think I can be consistent with choosing to separate music from musician, as Chris Brown's abuse to Rihanna has ruined his music for me forever.

I have no concrete rule for how to approach a dilemma such as this. The condemnation of a celebrity is both excruciatingly important and urgently unnecessary as a person chooses to make it.