Animal Agriculture Is The Leading Cause of Climate Change

Animal Agriculture Is The Leading Cause of Climate Change

Animal agriculture takes up 55% of the daily water usage of the United States, while us in our households are only 5%. 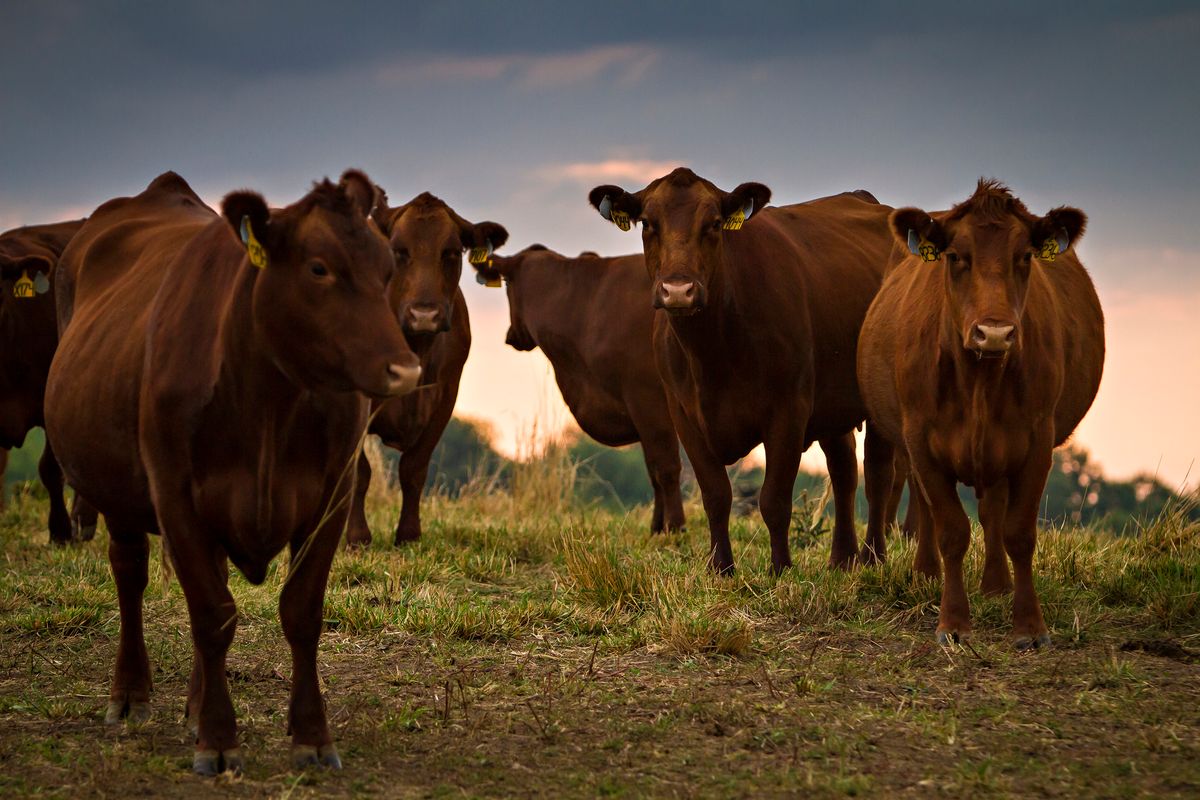 I’ll start with this question: What do you believe the leading cause of global warming is? Greenhouse gases, in fact, must be the biggest contribution to this issue; emissions coming from factories and vehicles. On top of that, the water we use on a daily basis is theorized to be the biggest waste; strictly focusing on our shower lengths and the fixed amount of time that each of us spends at our sinks. Overall, this always seemed very clear to me how the planet could easily change.

But let me tell you, the planet is not easily going to change. And these everyday emissions and water wasting that us humans inflict on our environment? They’re not the leading cause of climate change.

Watching the documentary "Cowspiracy" gave me a whole new perspective on the environmental efficiencies of our planet and how we as people can change the world, one step at a time. Yes, turning off the lights when you leave a room and taking a shorter shower can definitely help to save energy and resources, but ultimately, even if everyone began to really devote their daily experiences to these conditions, it wouldn’t be enough to change the world.

Being that not everyone has time to sit down and watch an hour and a half documentary on this issue, I’d like to shed some light on a couple facts that are presented in the documentary. Over 190 billion gallons of water daily are used for animal agriculture, and cultivating meat products. Yes, this is happening daily. In fact, animal agriculture takes up 55% of the daily water usage of the United States, while us in our households are only 5%. So while these environmental agencies and advocacy groups are urging everyone to use less water and to save their energy, they are only working towards eliminating this 5%, instead of the 55% of water usage that is happening daily.

It is important to mention that any small amount will help our planet, but realistically and in the long haul, it’s time to start doing more. Otherwise, our planet is going to go into a true shock that it has never known before.

Did you know that the average Californian uses 1,500 gallons of water a day? The amount seems insane for just one person, but the evidence proves the fact to be undeniable. However, this is the real shocking part. 2,500 gallons of water are needed to produce just one pound of beef. That being said, one burger equals almost two full days of water usage from the average Californian. Other products such as cheese and milk have even more alarming demands for water usage, that shook my heart as I watched the documentary.

As well as water usage, it is crucial to address the other effects that animal agriculture are putting on our planet. As overgrazing for cows on meat farms become more and more of a problem, more and more land is being destroyed in order to make more room for more pastures for cows to feed, for us to slaughter them. In this process, millions of animals are being wiped out, such as wild horses, wolves, owls, and so on. A couple species have even been documented as becoming extinct officially because of these constant expansions of grasslands. Oh, and remember the ongoing crisis of our rainforests, and how every year they are getting closer and closer to disappearing from the globe completely? The leading cause of this is animal agriculture, and the need for more land.

As far as our oceans go, more waste actually comes from animal agriculture (cow manure) than any other element there is out there. That’s right, all those car parts, plastic bottles, and plastic bags are nothing compares to the toxic chemicals that are seeping into our oceans because of overproducing these animals. The scariest part about this was even the world’s most popular ocean conservancy organization knew nothing about this fact, and insisted that the best thing to do is to focus on direct and tangible pollution that comes from daily human life.

In fact, almost none of the environmentally active organizations knew anything about animal agriculture and its effect on the environment. On the other hand, half of the organizations that Kip Anderson (the creator of "Cowspiracy") asked to interview, actually refused to give comments on the issue altogether.

Ultimately, the production of meat and the consumption of any meat product, in general, is contributing highly to this ongoing issue in the country. That being said, when some people choose to go vegan, it might not just be because of an ad that PETA put out on twitter. It is believed that with absolutely no meat consumption from everyone in the world suddenly, methane gas would decrease extremely, waste would decrease by 55%, and our planet would have a chance to come back from the horrors it has experienced over the past century. That’s all there is to it honestly; changing our eating habits.

The question is this: Is that change actually possible?