To The Spanish Professor Who Saw the Poet in Me
Odyssey

To The Spanish Professor Who Saw the Poet in Me

After some of my classmates googled Fernando, we found out that he was a poet. Not just a poet – a famous poet. 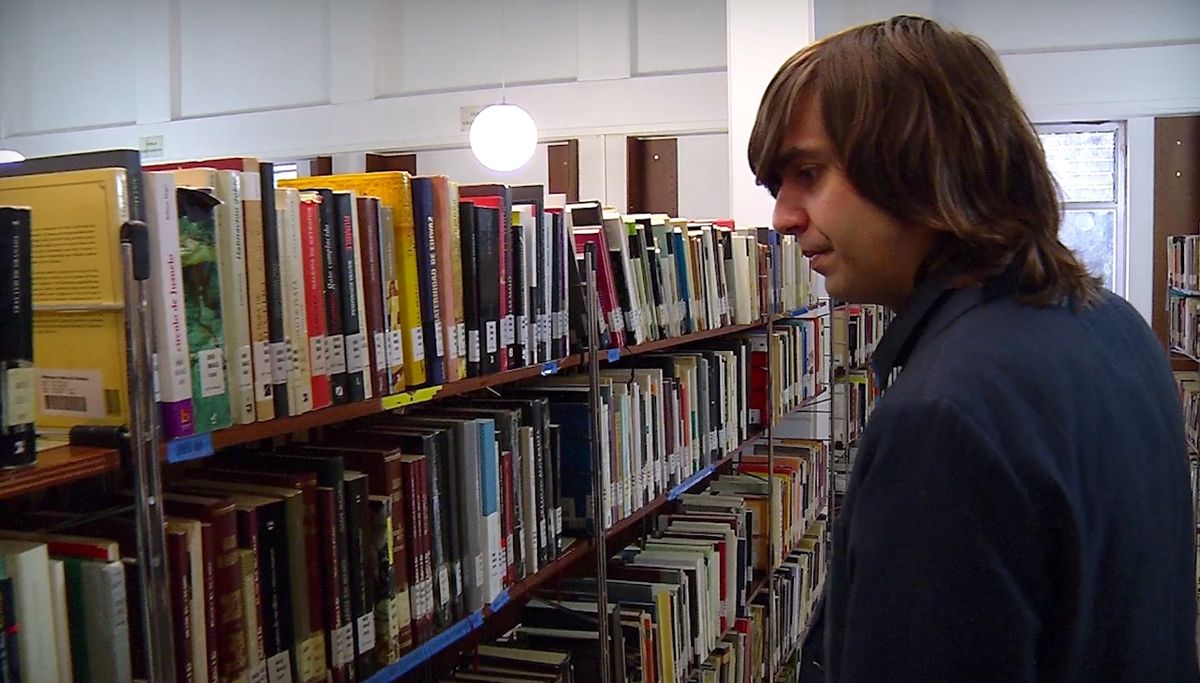 It is an odd concept, I admit, that two writers separated by 20 years of age and a language barrier could form a meaningful friendship. Our craft is language-bound, after all, and we could hardly communicate with one another in either of our languages, Spanish or English. And yet, the unlikelihood of this connection and the effort required to sustain it is a hallmark of such a relationship’s value;

Sometimes commonality can be found in the most uncommon of places.

I came into my Spanish 201 course not only reluctant, but fearful: there is only one thing I fear more than complex math, and that fear is being incompetent in my speaking and writing. After all, writers are expected to be exceptional communicators. My slow and broken Spanish was hardly exceptional – probably the equivalent of a one-year-old native Spanish speaker, if that. In high school, I had envied classmates who learned Spanish easily. It just never clicked as easily for me. A shame grew inside of me from that. Because of this, I had come to associate Spanish courses with discomfort and discouragement. I expected this to remain the case in my Spanish 201 course… little did I know what was in store for me that year.

My Spanish 201 Professor, Fernando Valverde, was always kind and encouraging to everyone in my class. He is not a fluent English speaker, and our class was far from fluent in Spanish, but we managed to work together well enough. I would attend class and listen every day, sometimes only understanding maybe five of his sentences. I needed extra help, but my Spanish skills were better in the homework assignments completed outside of class, where I could double check and rewrite my sentences before I turned them in. I hoped that with hard studying and slow writing, I could manage to get a good grade.

However, this plan was unexpectedly derailed.

After some of my classmates googled Fernando, we found out that he was a poet. Not just a poet – a famous poet.

He’d received awards and been praised by many acclaimed universities. I thought, who knows. Maybe I can’t keep the conjugated forms of ser and estar straight, but I can at least express to Fernando that I too am a writer.

So, I took the extra time to write about the third grade teacher I had who had told me to stop writing, and the time in fifth grade I wrote a 31 page story, afraid my teacher would be angry at me (he wasn’t – and it was after I read this story to my 5th grade class that I realized I wanted to be an author). I wrote all of this out as best as I could and turned it in. Even then, I already felt the small beam of hope that some part of our humanity might link in a new way, and the barrier between us might weaken.

I didn’t want to stay a stranger to a professor who shared my passion for words. I had met so few writers in my lifetime.

The next time I came to class, Fernando asked if what I had written was a true story. I said it was, and he returned my paper to me with the suggested edits to make, asking to have an edited copy to keep. I did this and soon realized that Fernando was as excited to learn of our shared passion for writing as I had been. Perhaps we didn’t have to stay strangers, after all.

Slowly, slowly, I began to come out of my shell in class. I dared to participate and speak more than I had ever dreamed that I would. I still struggled with Spanish, but I wanted to try, regardless of sounding like a fool. I even ventured into Fernando's office hours, where he gave me a book of his poetry, and I tried my own hand at poetry in the following semester, when I was enrolled in Fernando's Spanish 202 course. I shared my poetry with Fernando, and though they were written in English, he read them and thanked me for sharing my work. I went on to share a few other pieces of my writing Fernando; everything from Odyssey articles I have composed, to the completed Robert Frost assignment I wrote for my English course that semester. All of this I sent to Fernando in English, since I had no idea how to translate it all without losing the meaning in translation. He had no obligation to take the time and effort to parse this writing, and yet, he did it with the kindness and excitement of a true mentor and friend.

Because of my English professor and because of Fernando, in my spring semester I began to wonder if I wasn’t a novelist after all, but a poet.

Many of the pieces I wrote in my Robert Frost class were poems, and I was proud of many of them. When I shared this work with Fernando, his excitement and encouragement touched my heart in a way that few English speakers have ever done. Although we write with none of the same words, I realized that we write with the same heart. I found this incredibly moving.

From this year, I have learned that it takes a special kind of professor to teach you something more than the required curriculum. Not only did Fernando build my confidence in class, helping me with the discomfort of speaking, reading, and writing Spanish, but he helped to nurture the growing seed in me that wondered, am I a poet? Am I capable of succeeding at my deepest passions? He answered these questions with a kind and professional yes. (oftentimes with many exclamation points!!!!!!!!)

No, I am not fluent in Spanish and Fernando is not fluent in English, (although we have both improved in our second-language learning!) We've had many confused in-person conversations in class, where vocabulary and grammatical limitations slow the conversation and sometimes leave us completely confused. And yet, how much more beautiful is this connection for that very reason?

It is not the words themselves, so ambiguously assigned meaning, that draws us together, but the underlying meaning the words come from – meaning known in the heart that transcends any and all language barriers.

Although Fernando will no longer be teaching at Emory, he has been a life-changing part of my experience in college. I wish him all the success in the world as a professor and as a poet – he is well spoken and wise in his writing, and I hope to emulate the same level of skill and creativity that he so clearly possesses – but it's not just his success in poetry that I hope to emulate. I hope I can be what he has been to me, encouraging other budding poets in their passion as I grow older and more familiar with my craft.

It’s not often you meet a mentor who is not only exceptionally talented but humble and kind. Fernando has been all of these characteristics to me, and to all of the students who have had the privilege of learning from him. In Fernando, I have found a patient professor, a skilled mentor, a sincere encourager, an acclaimed colleague, but most importantly, in Fernando, I have found a genuine friend.

As the years go by, I know that I will never forget when Fernando said to me, “I knew you were a poet!”

He knew it long before I did.

Emmaline B
The Narrative
65964
https://unsplash.com/photos/O0T1SIgHAfM