An Ode To Kam's
Odyssey

An Ode To Kam's

The place that taught me that the real world is just one big, messy, college bar. 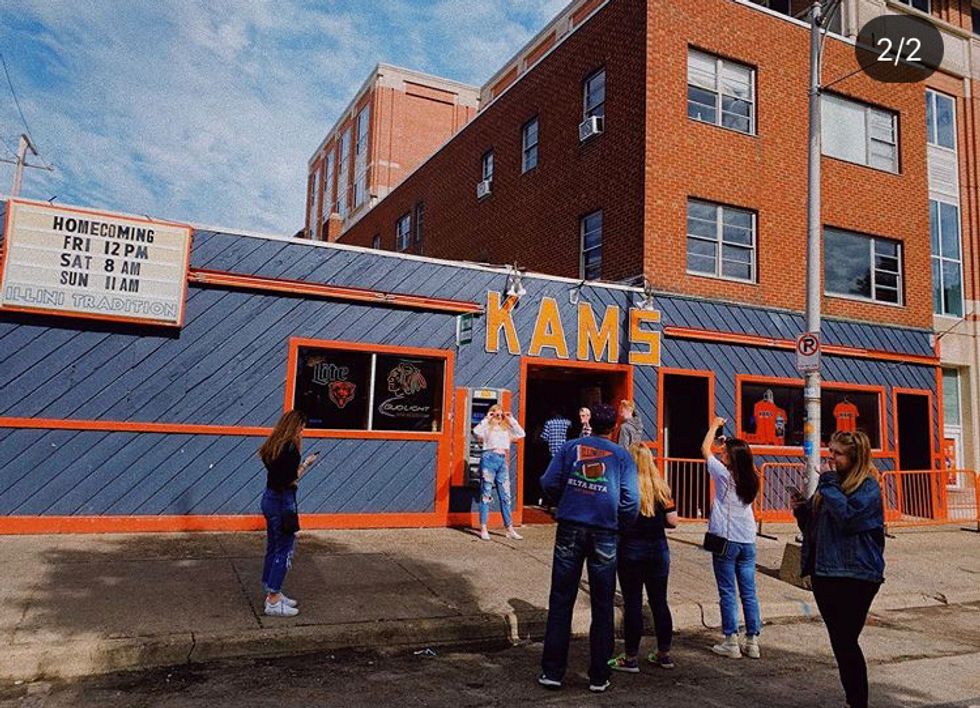 I can still remember the first time we met. I was eighteen years old, wearing dirty converse, ripped blue jeans, and my favorite pink Adidas jacket. It was a Tuesday in February. Wine night.

Maybe I was young when we met, and by that, I mean, legally not old enough to enter your premises. But after fifteen minutes of whining in the most annoying voice that my vocal cords could have humanly produced, I finally convinced one of your workers to pretend to be my boyfriend so I'd be let in with my 18-year-old ID. "This my girl Casey," he said to the ID guy. Magical. Eyes were rolled. Hands were stamped. I never thought in a million years you would be that desperate for costumers, on that fated Tuesday night in February, but you just happened to be. I drank my little freshman ass off that night and annoyed the heck out of all my Snapchat friends.

There's a phenomenon that will happen in every corner of civilization: Chicago, New York, London, Moscow, wherever the hell you go- that the shittiest bars in the world actually end up being the best ones. I think there's something really poetic about that.

You gave no fucks about being trendy. Girls wore ponytails and old t-shirts to come visit you, because we were there to drink like Irish truck drivers and smoke squares in the beer garden, not to look pretty. You didn't care about the dressed-up shot girls and table dancing of Lion; didn't care about the flashy lights, heavy-poured tequila and annoying dance music of the Hub. You were All-American, babe. We loved you for that.

You taught me how to get along in life, because the real world is just one big, giant, messy Kam's. If you don't stand your ground, sorority bitches will shove you in line for the bathroom. Money can buy happiness, but you only need a little bit of it. And by that, I mean 2 crumpled up dollar bills at the cash bar on White Claw Wednesday. Drinks are best shared with friends. Hours are best spent happy.

You built character. You taught me how to shuffle through half an inch of Blue Guy soup on the ground, how to shove my hands into a freezing cold cup of ice for the sake of tradition, how to psychologically manipulate the guys in the DJ booth to play just one Ke$ha song, damn it.

I'll never forgive the jerks who bought you out for a quick buck, and I'll never trust the snobby YouTube vloggers that couldn't see what was so special about you and tipped your tender 2 bucks when they came to visit. It pains me to say it, but I didn't even recognize you towards the end. In your last few weeks, you turned into everything you stood against all those years: $20 cover, crabby workers, no drink deals on your last night of business. You just weren't yourself anymore. So I think this might be where we part ways.

We weren't together for a particularly long time, which is why it's so weird to me that I'm writing this, so weird to me how much I'll really, truly, deeply miss you. You were a tough little guy and you've been holding your spot down since 1933. That's something to be celebrated.

Goodbye, dear. You will forever own a piece of my heart, and a piece of the greatest school on earth.