Bring Me the Horizon's new album is the key to catapulting them to global success. 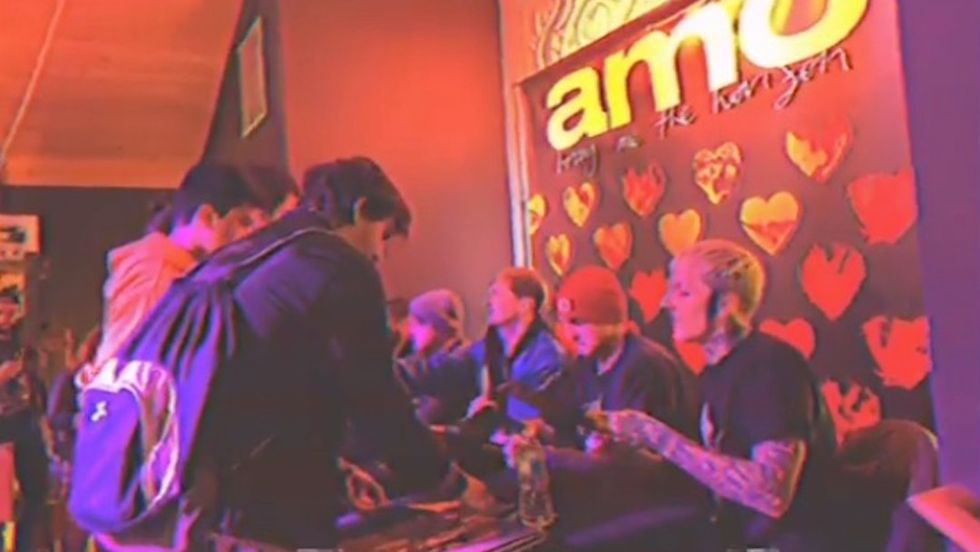 After dropping their new album "amo," Bring Me the Horizon proves again why they continue to stay on top of the alternative music scene. The latest album is their second release after the band announced that they were going to take their sound in a different direction. Their new sound has caused many longtime fans to denounce their loyalty to the band and accusing them of changing in order to attract more fans, to make more money.

As someone who grew up listening to Bring Me the Horizon, "amo" is who they really are. It combines the vocals of their previous release, "That's the Spirit," the heavy instrumentals of their older work, and a new addition of EDMesque synth and bass. While I know that this new recipe for Bring Me the Horizon's music is a far departure from their early metalcore days, here are six reasons why "amo" is the key to the band's success.

"I'm not a fan of their new sound" is a phrase that we have all heard too many times. I'm guilty of having said this myself about many artists, but all music fans need to understand the importance of changing the sound. While I know that the bands original sound is the reason why many people fall in love with a band, having a wide range of sound is healthy for any artist.

Bands who choose to write all their songs with screaming vocals don't tend to last very long for two reasons. The first being that screaming is very damaging for the vocal box and often bands have gone through multiple singers throughout their duration because not many vocalists can handle that kind of strain. With Bring Me the Horizons popularity, they tend to do extensive world tours so having their lead singer minimize screaming was ultimately a healthier option.

In addition to the longevity of their vocalist, I think that "amo" will add on a couple more years to the band's life. There are a lot of catchy, radio-worthy songs that will appeal to more people, thus increasing popularity, but the album also incorporates elements of heavier screaming done by featured artists and even the lead singer himself. This new sound will reach more fans, both in and out of the alternative music sphere because it's easier on the ears while still being heavy enough to still be considered a rock band.

3. A song on the album is Grammy-nominated.

When I heard that the second track "Mantra" was nominated for a "Best Rock Song" Grammy, I was beyond proud. Most of the bands nominated in the Rock categories have significant Top 40s radio play, like Twenty One Pilots and Fall Out Boy, or are well-known bands such as Alice in Chains and Weezer. While Bring Me the Horizon is a popular band but aren't a well-known name outside of the under-25 age range. If a song from their newest release is grabbing the attention of critics outside of the alternative scene, they must be doing something right.

4. They call out their critics.

In the song "heavy metal," they acknowledge that while people are calling them out for not being "heavy metal" (They never were) anymore, that the band is OK with it. The best part of the song is the sudden change of sound at the end of it, reminiscent to early Bring Me the Horizon. It shows that the change in sound was a conscious decision and that they are still capable of being "heavy metal."

5. They successfully incorporate new sounds into their music.

Ultimately, I think that this is the most important part. No band should have to stick with a sound that they don't like or feel like they've grown out of. I can see a shift in the band's attitude when talking about their work and their overall stage presence. I see "amo" as the catapult for Bring Me the Horizon's future. The newer aspects make them relevant to the current standards of the overall music scene, but they keep the fundamentals of their sound, which is what keeps their core fanbase loyal. This album has the potential to revolutionize the route for similar bands and furthering the scope of both alternative music and rock.

music
Report this Content
This article has not been reviewed by Odyssey HQ and solely reflects the ideas and opinions of the creator.
Swoon

The 7 Best Hillsong Songs Of All Time

30 Songs That Prove Ryan Tedder Is A Musical Genius

27 T-Swift Lyrics That Are Powerful As All Hell

13 Songs That Help Me Through My Panic Attacks