We believe in so many things. Even if they’re the wrong things. 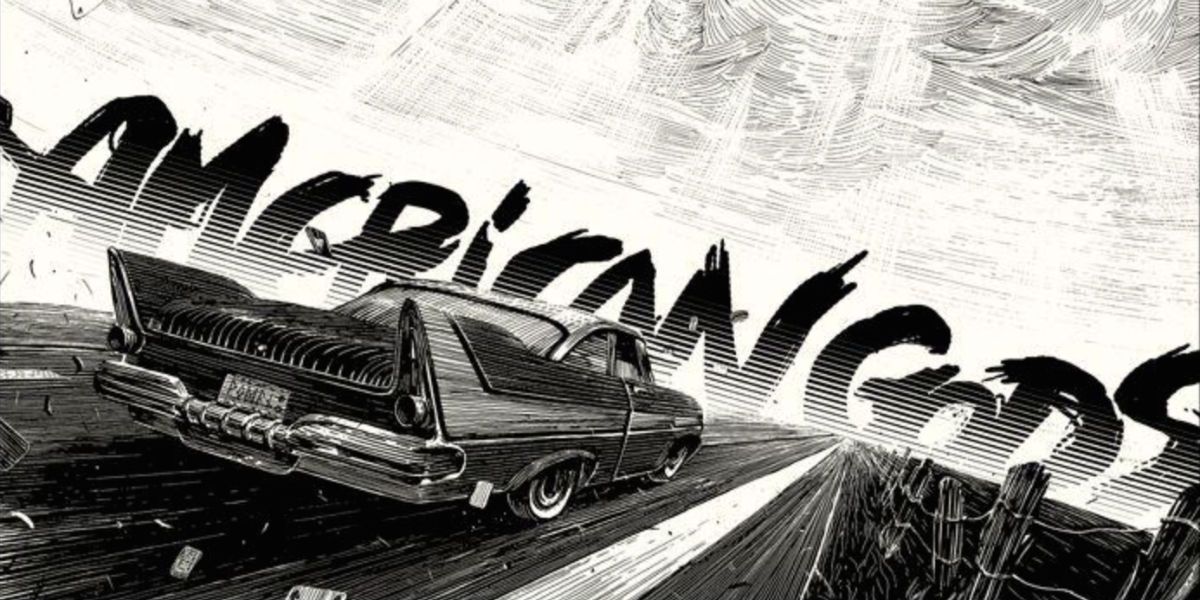 What do people believe in? What is it that we put our faith in circa 2017? Do we pray to a Pantheon? Do we sacrifice to an omnipotent deity? These are the overarching questions asked by the fantasy novel, "American Gods" written by Neil Gaiman. While the book was published in 2001, a many of its budding concepts of a world reliant on technology and dependent on interconnectivity; were premonitions of the digital age we live in today.

"American Gods" focuses on Shadow Moon, an ex-convict looking to get back to a normal life with his wife. Until he’s released three days early because his wife and his best friend are killed in a car accident. He’s then exposed to a world few people believe in anymore; when he meets a man named Mr. Wednesday. Mr. Wednesday hires Shadow as a bodyguard, or that’s what Shadow thinks initially, until Shadow finds out that there are gods from many different pantheons living among us (Wednesday being one of them). Wednesday tells Shadow of a war that’s coming between the old gods, brought over from immigrants and slaves and others attempting to create a new life in the western world.

But as those lives started growing more and more, the gods that came with them started falling farther into obscurity; going from religious monuments to legends, to fairy tales and fables. As time went on, the western world began to have faith in new things; technology, the internet, credit cards. Slowly but surely, the old gods and the new gods became at odds for the true power in the world. This is where Shadow, and the rest of humanity comes into play. Shadow must pick a side. Either fight to preserve the old beliefs that protected and guided people thousands of years ago, or adapt and evolve to the ever-changing presence of modernization.

In the 21st century everything is connected. Everybody knows when and where something is happening and who’s going to be there. Instant gratification has become our modern miracle powered by Twitter prayers and tithing through Facebook and Instagram likes. There are no signs of stopping as we only become more and more intertwined with technology. It’s all about the new and the shiny; the advanced and the updated pushing out the antiquated, the ancient, and the traditional.

I think one of the great themes that "American Gods" showcases is that no one belief is completely right. We can side with the “old gods” and put power into spirituality and rituals and the powers that be. We can put it in “God’s” hands and be empowered by faith and not by sight. This leaves us open to the wrath or scorn of another more powerful entity and takes away many responsibilities from us; the believer.

Or we can take the power, quite literally, into our own hands. We can search, browse, learn, tweet, text, snap and we have the ability to know everything. Any ounce of knowledge that we can possibly want is at our fingertips. The power can reside with us. Which can only be good if we know how to use it. Which, as I’m sure we all have had experience with, we absolutely don’t. We all ignored Uncle Ben’s advice and didn’t care that with great power comes great responsibility. We just take it, and run full steam ahead; regardless of the outcome.

I believe that "American Gods" is an amazing novel that provides us a great commentary on the state of our beliefs and the ever-changing spiritual and material nature of human beings. It makes us rethink our zealotry for both our old beliefs and our devotion to our new ones while also making us ask the hard questions of ourselves. Believe what you want, but do it the right way.