The Amazing Creator You've Probably Never Heard Of
Odyssey
CurrentlySwoonLifestyleHealth & WellnessStudent LifeContent InspirationEntertainmentPolitics and ActivismSportsAdulting
About usAdvertiseTermsPrivacyDMCAContact us
® 2023 ODYSSEY
Welcome back
Sign in to comment to your favorite stories, participate in your community and interact with your friends
or
LOG IN WITH FACEBOOK
No account? Create one
Start writing a post
Entertainment

An appreciation post to one of the best youtubers out there. 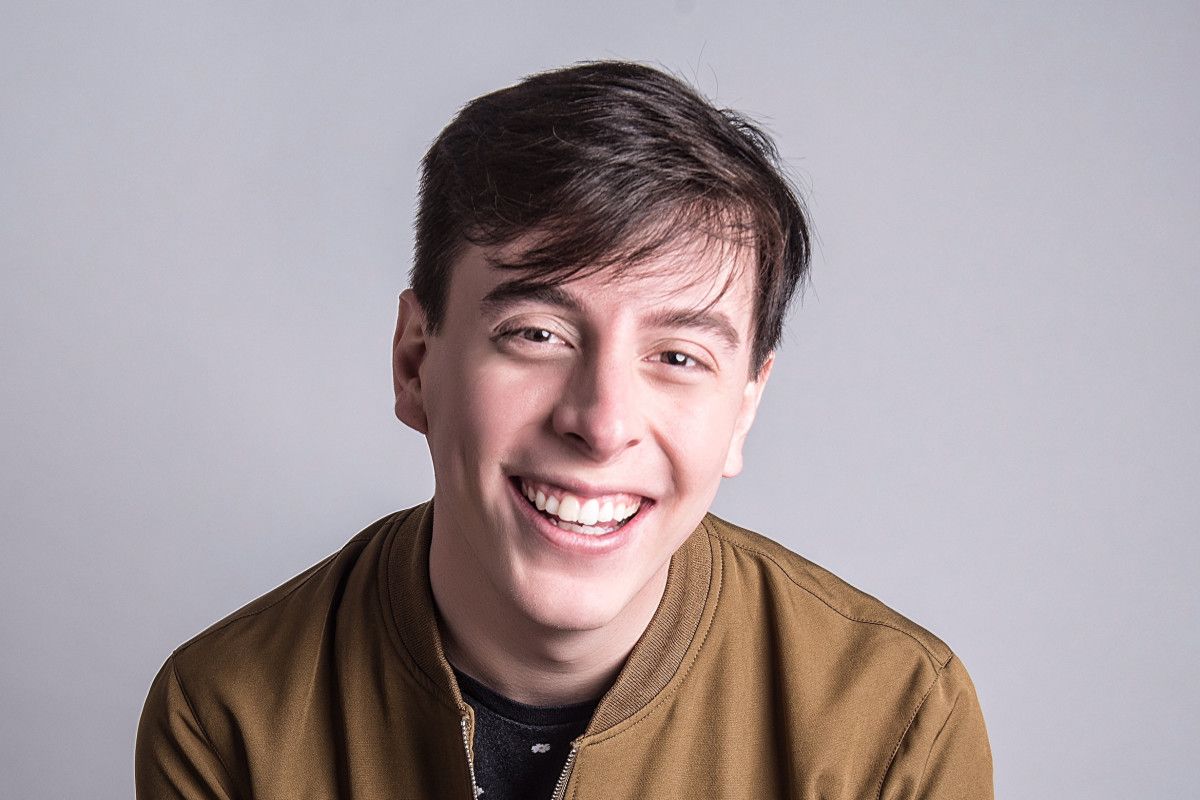 We live in an era of internet personalities. It would be foolish to think that technology hasn't had any influence on our lives, especially now during our "emerging adulthood" years. Jeez, I've always found that term scary. Emerging. Adulthood. Sounds more ominous if you say it slowly, doesn't it?... Anyway, let's leave the existential crises for another time, shall we?

As I said before, platforms like YouTube, Instagram, and other countless forms of social media, have created the concept of an "influencer" or an internet personality. For all of us grandparents out there, I'll elaborate. Influencers are those people whose careers revolve around social media: whether it is through video blogs, social media posts, or any other media form, they transmit messages to inform, to entertain, to sell, and, in a way, to influence their followers. As young children, we saw technology arise and move towards its peak. Young kids now, they're living in the middle of it. They are quite literally growing up being influenced by these people, who are just a click away from any device. Thus, it should be important that they provide a good influence, right? If younger generations are exposed to certain things, they should at least teach them valuable stuff, correct? Unfortunately, this is not always the case.

Recently, we have found a significant number of these people that have thrashed through the "social media" industry, blinded by wealth and fame, and destroyed the idea of what a good influencer should be. And, while I support the fact that parents should be aware of what their children are doing and not blame their own erroneous child rearing on whatever the kid has learned from the internet, I also believe that people who have the ability to act upon young, impressionable audiences, and adult audiences alike, should at least be self-aware of that matter. However, I am not here to criticize what's wrong, but to put into spotlight what's right. So, instead of focusing on those people who spread messages of hate and ridicule, I'll focus on the ones who do the opposite. The ones who are worth watching out for. Let's fixate on one fellow, in particular.

Thomas Sanders might be a name that rings a bell, if you've ever encountered the embodiment of the internet holy grail, otherwise known as the application 'Vine.' Through his creative 6-second videos, Thomas began to be recognized by his melodious singing voice, his multifaceted skits, and his unique sense of humor. From "Misleading Compliments" to his distinctive "Story time!", he won over a considerable amount of people who enjoyed his content and his contagious, giddy personality. Eventually, as all does, Vine had to be shut down and Thomas decided to move platforms, heading towards the big leagues: YouTube.

Suddenly, he was without the time limitation of only 6 seconds, and one could only wonder how much more his creativity could do with such a new space to explore. And, boy, did he exceed our expectations.

The 28-year-old began using his platform to give voice to his own thoughts and to the ones whose voices are not listened to enough. Unapologetically showcasing his love for theatre, he makes videos surrounding Broadway musicals, improv games, or witty sketches; he never fails to make his audience laugh with his new inventive ideas. In addition, he uses his platform to talk about important issues. For example, over the past couple of years, we've seen videos for Black History Month, Asian Pacific American Heritage and Autism Acceptance, featuring his friends who are actually part of these movements. In this way, he informs his audience about these topics, and gives a medium to people so that they can speak up about their identity and their heritage. Also, being a proud member of the LGBTQ+ community, Thomas revolved a whole video around the concept of 'Having Pride.' This remains as one of my favorite videos of his, of all time. As a young kid, I would've loved to have this kind of videos as sources of information and entertainment, and to have Thomas, quite honestly, as an influence. Even now, I still learn so many things from his content and am much more aware about what matters.

Of course, we can't talk about Thomas Sanders without mentioning his outstanding series, 'Sanders Sides.' Using characters from his previous vines, Thomas created a series based on his personality, divided into four different individuals: Morality, Creativity, Logic and Anxiety. It consists on himself solving day-to-day dilemmas by discussing them with his four 'sides.' Starting as a small project, its individuality made it become the biggest project in his channel yet. All 24 videos are hilarious yet meaningful, always having a moral lesson behind them. Through characters like Anxiety, one of my favorites, he has raised awareness about anxiety disorders, how they can affect people and the best way to handle them. I can't say too much about this series, since I would hate to spoil it for anyone (yes, it's that good). All I can say is, his ability to give life to all these four characters, just by himself, and also give them their own quirks and distinctiveness, is another reason why Thomas Sanders might be one of the best creators out there. He deserves way more recognition than what he has right now.

The internet is a fairly new platform and lots of new artistic and creative minds are using it to express their own opinions, thoughts and ideas. I believe they should be supported, despite the few bad apples here and there, because there are so many amazing content creators out there, who can provide both a comic relief and a valuable lesson.

Thomas Sanders is definitely not the exception.

QueenRadhi
The State University of New York at Stony Brook
3458