This season, make your Christmas the holliest and jolliest! 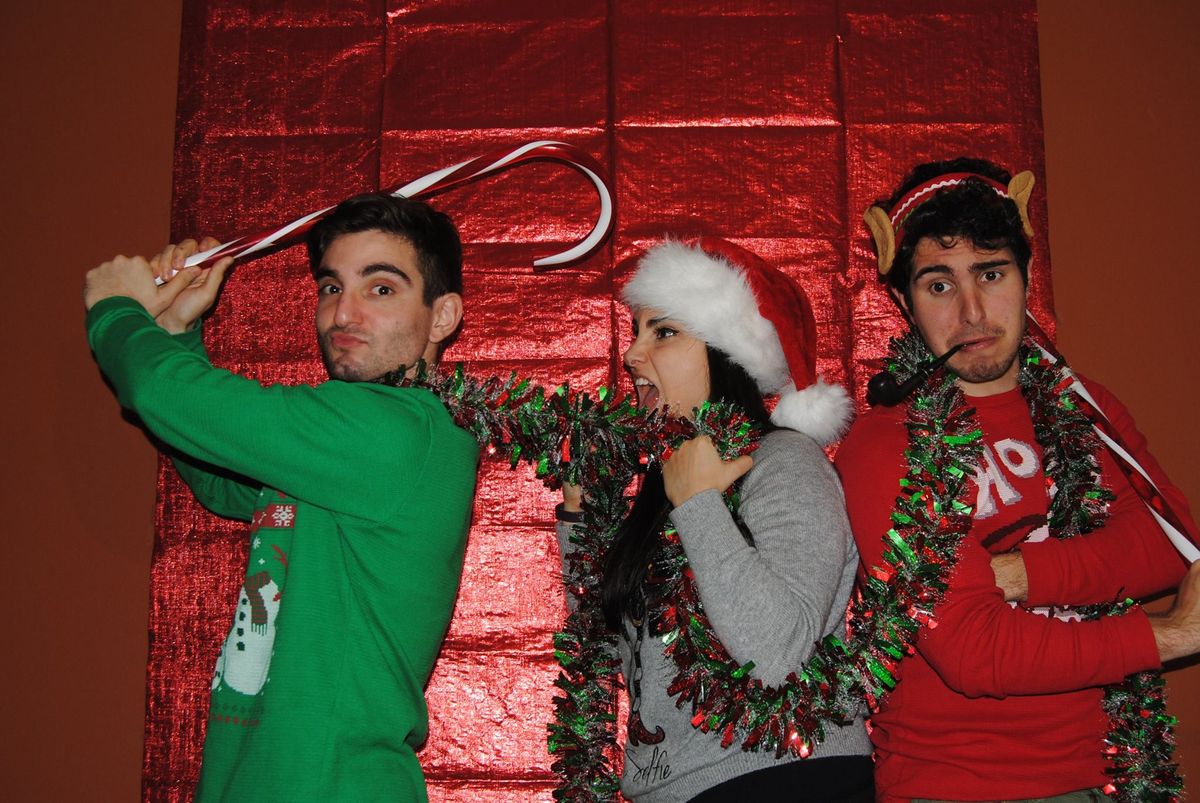 Thanksgiving has come and gone! Now, as those lights your freshman roommate adorned your dorm with have become widespread, as that delicious Christmas aesthetic droops in to the sounds of familiar jingles, here's a way to keep on your toes and come January 3rd, say

How's THAT for a ball drop? Hell, you can INVENT the ball drop! Poor Dick Clark might be displaced, but isn't life about seizing the moment? Come to think of it, did they have New Year's back then? Like, was Sargon of Akkad all 'Ooh, ten more minutes until 2290 BC fetch me the rum and me subjects (he wasn't a pirate, but if we're being honest, piracy brings spice to everything) ah I be wanting to lose five pounds this year'? I mean, the Renaissance had to do that. If these temporal inquiries finagle your mind too much, leap ahead in time, and see what traditions have remained asunder. If you're alone, go spend the evening with your descendants! 2456 may or may not be consumed by oceans from sea level rise or nuclear winter because insecure children run the world - but they never said life would be without risk! Have a glass of champagne on me.

I'd like to thank the Jonas Brothers and Dean Martin for inspiring this song.

9. Gather Santas, unionize, and begin what historians will call "The Reindeer Revolution"

I think we can agree that mall Santas - from Sacramento to Acadia - have never quite seen a Kardashian level of luxury. Hell, they haven't even seen a Bill Paxton level of luxury. And after serving us tirelessly, for decades, centuries even, delivering that Lexus to our garage with their reindeer, don't the Santas deserve a fair break? Don't they deserve more than to be crushed by the wheel of industry, tirelessly working, all so the little Billys of the world can find a Mister Magoo VR kit under their bed that they'll probably discard come next November? Not anymore. They deserve the gifts of fair wages! Vacation days! Abilities to rail against their industrial captors! Gah, it'll be glorious. Just you wait. Post-Revolution North Pole will be a goddamn haven.

8. Send loved ones fruit baskets from Harry and David

Because seriously, have you ever read one of those magazines and not felt an explosion of culinary arousal? When I see those little chocolate popcorns nestled in tight next to some of those pears, I die a little inside. Le petit morir. Don't you want to share that joy with others? You should. They have savory and sweet clusters of stuff in droves, all designed to bring nirvana to your taste buds. And the craftsmanship of the boxes! Sometimes I just read the descriptions of their gift baskets and peruse their contents, they're just that bountiful. If you can't think of anyone, definitely don't send it to Peter Carellini.

Remember in the last article, I mentioned dressing up as a Santa, to pull a fast one on the department stores? Hah! Reverse that shit! Folks gonna be bamboozled! A turkey with a Santa hat, isn't that charming? Nay, a turkey who survived the onslaught and came out stronger than ever before! Downright inspiring. Be an icon of hope. And then, you just might find out the true meaning of the season.

Because SERIOUSLY? When I mentioned the elephant trophy bill, I didn't think there would be something heinous bubbling in the rafters, but hey, this administration seems solely poised to continue to pull the morality rug out from its citizens. Merry Christmas from the GOP, I suppose. Won't that be grand for so many families on the first day of 2018 to grapple with impending financial doom, yeah? From a party that espouses Christian values, won't that time in perfectly with his birth? Cause Jesus loved catering to the wealthy! OOH-RAH!

5. Handcraft a trinket for your grandmother as an apology for beating her at Solitaire during Thanksgiving

No, this didn't actually happen, she kicked my ass, but pretend otherwise has happened. I'm sorry, this might be impossible to let go, but you know, my grandmother holds grudges against nearly everyone, so maybe it's just a vicious cycle that now I'm entrapped in. When did it all begin? Was it 2009? Probably, that's when computers became much easy to access.

3. Put together a FIRE Christmas playlist on Spotify but really make it stand out amongst the crowd

Mariah Carey and Burt Ives are the illest, to be sure, but doesn't a fire get more boring the more you sit around it roasting marshmallows and talking about 'Nam with the local Knights of Columbus chapter in your area? You should never eat too much of the same candy, lest the taste loses its shine and luster. 'Winter Wonderland' is a jingle for the ages, no one denies it, but have you ever considered all those cool, underground Christmas songs lurking in the far reaches of the musical interweb? What, was like 'All I Want for Christmas is You' the last new Christmas song? Shit! We need a new anthem, stat. Otherwise, we and the new generations will be mired in tradition until the sound of Michael Buble induces acid reflux and other epileptic reactions out of sheer distaste! So reach out to your local hipsters, and get looking, now!

2. Practice your body combat in the misty snow, strengthening discipline and focus in case of an angry yeti invasion

You can't do this in the summer. Can't do it. Mosquitoes and sweat threaten to blind your third eye, allowing the pain and temptation of your mortal fears to slip in. Spring is when you should be focusing on peace, and fall, well, you need that season for pumpkin spice and cider donuts. Yet a cold winter's chill coaxes a primal tranquility out of your body, as well as preventing sweat, so fat burning and muscle building becomes less tasking. Now, to the issue of yetis and other snow born creatures looking to cause strife. I don't like to generalize, so not all of them will be looking to pillage, but treaties require a certain calm and immunity to the elements as well. There will be those who oppose peace, wishing to restore the hatred of the old days, and you must be swift in dealing with them as well.

1. Donate gifts and other resources to the underprivileged, homeless, and whoever else needs your help this year

And while you're at it, to ensure that Christmas isn't the one time these groups see a helping hand, take the necessary steps in your community to tackle class issues both near and at large.

Emmaline B
The Narrative
57738
https://unsplash.com/photos/O0T1SIgHAfM