Aliens Should NOT Invade Earth
Odyssey

Aliens Should NOT Invade Earth

Here are top ten reasons why aliens from another world should not invade Earth. 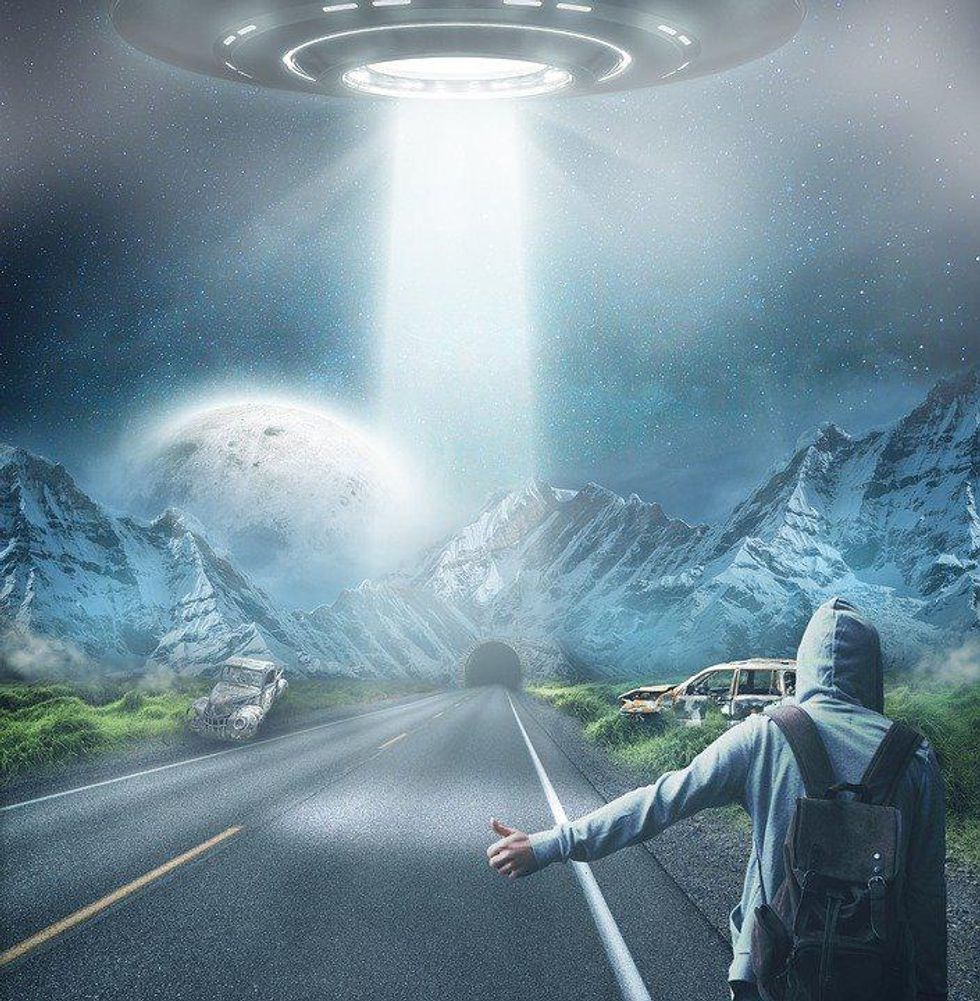 We know that you came a very long way to invade Earth. From the amount of media created, we speculate the different forms of your species. You could be humanoid or not. We understand that you are desperate to find a new planet. Your original planet may be dying or destined to be destroyed. That's understandable, but you should not invade Earth. We, as Earthlings, have listed ten reasons to support our claim. I hope you will look through them and think about your decision.

Here on Earth, we are guilty of ruining our planet. We cut down our trees to make objects such as paper. We pollute our bodies of water with useless yet harmful materials like plastic. Our polar ice caps are said to be melting. We are facing a threat known as global warming where parts of Earth are heated in areas that shouldn't be. It's a scary situation for us and it may be one for you as well.

Before humans existed, there were prehistoric species known as dinosaurs. They were reptile beasts that roamed Earth back when it was new. There are gone now and we replaced them. But we are not the one species on this planet. There are dogs, cats, wolves, lions, bears, tigers, snakes, birds, animals on land, and animals underwater. Some animals might fight for us, other might not. What we will say is that if you invade Earth, you will have to deal with other species that are not as communicative as humans.

One of the basic needs for all species is food. Sometimes we make food ourselves. Other times we buy it from places such as grocery stores. There would also be the occasion where we let other humans buy food and deliver it each other. It all comes down on who is getting feed. Not plenty of humans get the privilege of having food. As a result, the delicate resource of food will not be able to provide for every universal being.

7.Immigration from Another World

We, as humans, have already put a pause in our normal lives. When it comes to visitors from another planet, humans hardly know what to do about that. One of the biggest places to seek solace is America. Yet, the country itself tends to contradict their promises of freedom and individuality. One of the biggest conclusions is that Earth is what it is because of America's problems. It is fearless, arrogant, and boastful. We recommend not engaging with America.

There is no life on other planets in our Solar System that resemble us. Mars is said to have life, but they died out a long time ago like the dinosaurs. So, you must have come from another planet that is far, far, far away. If this is true, you traveled many light-years to get to Earth's location. How did you do that? What kind of technology do you have to make that possible? Do you really wish to risk moving a whole species to another planet that is so far away from your home planet? These are important questions to consider for your invasion plan.

Not every human is nice or cooperative. Humanity is a spectrum. There are some really amazing humans to try to do their best. There are awful ones who commit terrible acts for stupid reasons. Then there are just the rest of us who are medium. If you want to enslave the bad ones, go ahead. Otherwise, we are most likely to be fearful and aggressive if you do show yourselves to us.

On Earth, we have had many wars. The last big conflict that we engaged in was a global war that killed millions of humans. It all ended with a bomb that was created from nuclear atoms. These nuclear weapons have been put through experimentation where innocent bystanders got killed, injured, or poisoned. Do you really want to bite the bullet in confronting us when we have weapons of mass destruction? To be fair, you have deadlier weapons than we do.

3.Value of Air and Water

We assume that you have some form of air and water on your planet. You found Earth because it is also a planet with air and water. These are two valuable elements to form life. Sadly, we need them more than you along with the animals. By stealing our air and water, it'll create unhealthy competition for everyone involved.

Your biology could be different from ours. We have survived some plagues in the past centuries; however, we are in a pandemic. The disease is called COVID-19 and it made last year the worst year we ever had. If our diseases met with yours, it would be horrible for us and you. It's not worth risking the lives on both sides.

1.It Would Be a Bummer

As mentioned before, we are in a pandemic. There are also many other problems that we endured from last year. It ranges from the deaths of African Americans, quarantine in our homes, social distancing with masks, a presidential election, a failed uprising, and the sad state of media with our journalist news. So, in the other words, invading Earth would be a bummer for us.

Those are all the reasons. We do hope these reasons helped changed your minds.