The 'Ain't Too Proud' Original Cast Album Is An Engaging Tribute

The 'Ain't Too Proud' Original Cast Album Is An Engaging Tribute

Vocal performances shine, though this musical seems all too familiar. 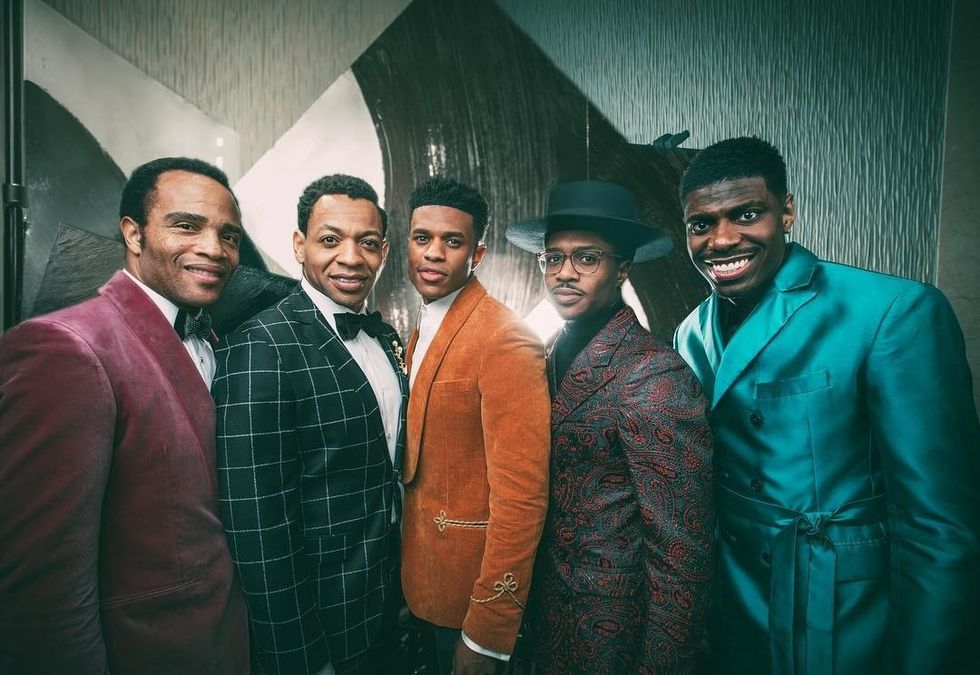 In the year 1960 in Detroit, Michigan, doo-wop group The Temptations formed. They went onto be one of the greatest R&B artists of all time, known for hits such as "Cloud Nine," "My Girl," and "Ain't Too Proud to Beg." They were a prominent music group in the 1960s and '70s before fading into obscurity.

"Ain't Too Proud," a bio-musical based on the life of the Temptations premiered on Broadway on March 21, 2019, after very successful runs in Berkley, Washington D.C., Los Angeles, and Toronto. The original cast album was released on March 22, 2019.

I've been a casual listener of The Temptations for a few years now, one of my favorite eras of music being the R&B groups of the 1950s and '60s. I was excited to hear that their music would be featured in a Broadway musical, to allow a wider and younger audience to discover them.

Of course, I've noticed that the recent emergence of bio-jukebox musicals (musicals that tell the stories of the artist whose music they are featuring) have been very prominent in Broadway over recent years, most recently "Summer: The Donna Summer Musical" and "The Cher Show." Even if I do prefer original music, I've discovered some of my favorite music artists through jukebox musicals (ABBA and Carole King, to be exact). These bio-musicals can be more interesting and creative ways to tell a story, as opposed to a standard biopic film (or miniseries, in the case of the Temptations). As long as these musicals aren't heavily formulated, I am definitely down to more of these.

My one problem with this show is that it reminds me of one other very popular musical, "Jersey Boys." A bio-musical focusing on a group of men in a music group, taking place in the 1950s and '60s, and being narrated by a prominent member of the group. Of course, the story of the Jersey Boys is much different than the story of the Temptations, but the show structure is very similar, and continuation of this structure could venture into the territory of heavily formulated musicals that I previously mentioned.

Besides this, the soundtrack is fantastic. The vocal performances of all cast members go beyond an imitation, making it more of a tribute while making it their own. The prominent stand-out was definitely Broadway veteran Derrick Baskin as Otis Williams, whose signature voice brings so much soul and heart into the character. I'm hoping to see a Tony nomination for Baskin in the coming months.

Overall, the album is something that deserves at least a single listen all the way through, and is a wonderful tribute to a bygone era of music.

The "Ain't Too Proud" cast album is available on Spotify and Apple Music.

theater
Report this Content
This article has not been reviewed by Odyssey HQ and solely reflects the ideas and opinions of the creator.
Swoon

The 9 Best Halloween Musicals To See, Or Listen To, This October