I'm Agnostic With A Catholic Background, And I'm Proud Of It
Odyssey

I'm Agnostic With A Catholic Background, And I'm Proud Of It

You may think my belief comes from "I don't know" or "I don't care," but there's really so much more to it. 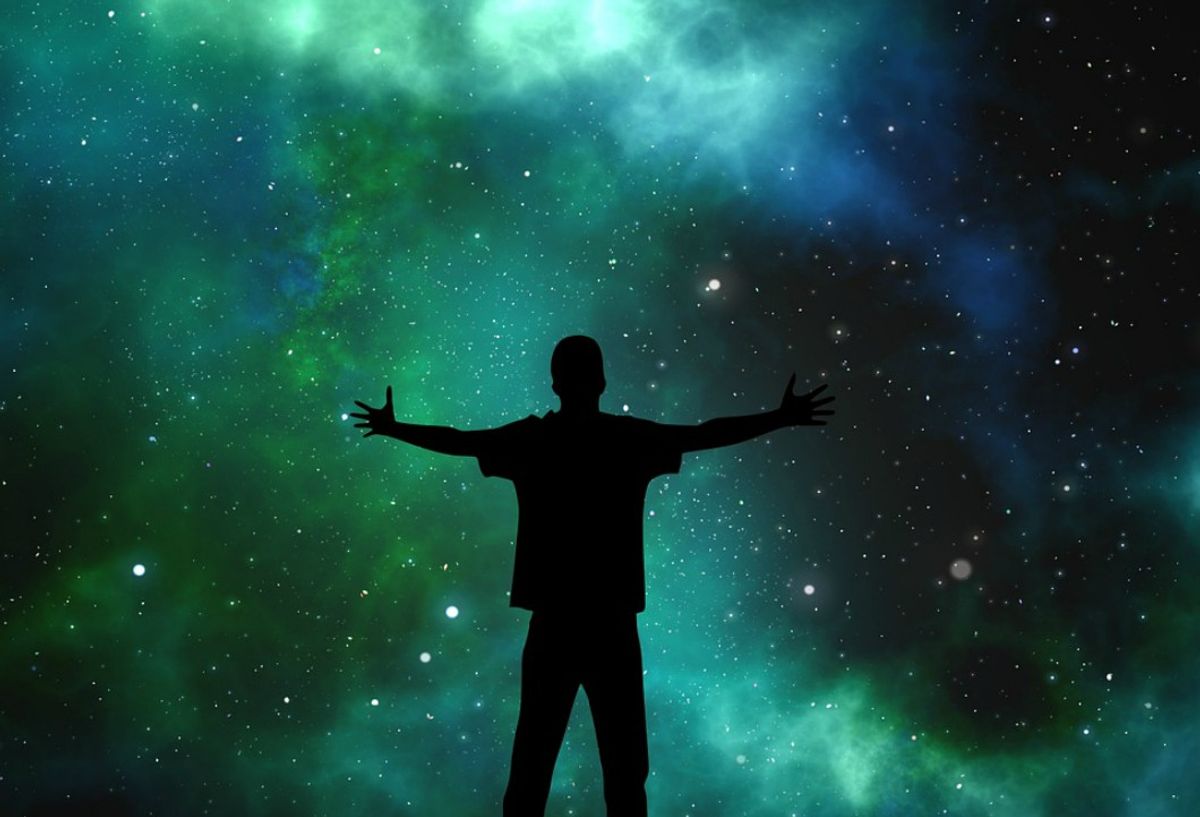 Ah, Agnosticism, so poetically coined as the "church of I don’t know." We’re seen as the inbetweeners, the neither-this-nor-thats, the wishy-washy folk on the debate of the origin of the universe. Most of my friends fall into two categories, either Christian or Atheist.

I have nothing against any of these faiths, but on both sides, I have friends who tell me that I should just pick a side. But the thing is, I have chosen a side. I did not decide to choose agnosticism out of an indecisiveness on religion, nor did I chose agnosticism “because I don’t care.” My decisions to identify as an agnostic was one that I thought about long and hard, and I ultimately came to that decision after a lot of thinking and learning.

I believe that our human minds are not capable of knowing of the existence of a god. If there is a god (or gods), they would live beyond the confines on our mortal universe, or at least in some sort of spiritual realm in which we would not be consciously aware of, making it impossible to prove the existence of a god. In terms of supposed sightings or experiences with a god, most of those have not been scientifically proven, and knowledge of their existence is based on historical or eyewitness accounts. In terms of the belief that there is no god, I turn to the fact that as of present, it is scientifically impossible to disprove the existence of a god.

In general, I take on the mindset that it impossible to tell whether there is a creator of the universe or not. Admittedly, I do identify with certain components of the general umbrella term of spirituality. I do believe in a human spirit, which could be seen as an actual existing part of a human being, or a metaphorical idea used to encompass our personhood. I also like to imagine that there is a consciousness guiding the universe in some way, or giving it some kind of meaning, and I tend to try to base my moral values on that image. But I do not fully live my life based on that imagined possibility and am open to the idea that I might enjoy imaging this for my very own comfort.

On the other hand, in a lot of ways, I live my life like an atheist. Most of my friends tend to be atheists and most of the moral principles that I live my life by can still be followed without making it necessary for there to be a deity. I’m not a very religious person, but I don’t wish to be completely dismissive of religion or religious beliefs of any kind. I believe that there is still a lot of value in believing in a deity. Why should I dismiss that?

I grew up in a semi-Catholic family and was sent to a very Catholic private school, so I grew up in and around the Catholic faith for most of my childhood. I ultimately chose to leave the church based on witnessing hypocrisy amongst many people in my life who identified as Catholic. In many ways, there was a lack of practicing what was preached. I had never followed the tenants of the church too strictly and felt that I did not want to identify and preach a faith that I didn’t follow. I also have some personal disagreements on some of the practices of the Catholic Church.

Initially, I decided to become an atheist; however, I had always felt a kind of spiritual connection and like there is a point to the universe. While my experience with religion has made me a bit skeptical of organized churches, completely dismissing the existence of a god felt wrong to me. It felt like I was forsaking my spirituality, and atheism did feel a bit bleak and almost depressing to me. I found myself in a period of religious confusion, and decided to take a philosophy of religion class to learn more about theism, atheism, and yes, agnosticism.

The class was difficult, and the information was so abstract it was hard to follow, but I did learn a lot. Our teacher would constantly give use creation theories that couldn’t withstand atheist arguments and vice versa. I began to understand how impossible it was to prove the existence of a god. At the end of that term, I approached my teacher and asked him about his faith. He responded me in telling me he was initially Christian, then an atheist as a young adult, but that now at his midlife point, he was more of an agnostic. I told him that I felt it was humanly impossible to answer the creation question, and he agreed. I then told him that I too believed I was an agnostic.

I consider myself to be open to the idea of religion and to the idea of atheism. Studying and learning about religion does fascinate me. I enjoy learning about and even trying out different religions, and I do admire the spiritual connection with the universe one can tell from being a creationist. I also admire the more scientific aspect of atheism and see atheist ideologies as vital in shaping some of the world’s most important innovations.

Ultimately, though, I don’t really agree with preaching ideologies that can’t be proved as right, and so, therefore, I consider myself to be an agnostic. But I am open to both sides of the debate, and who knows how my beliefs will change as I continue this journey of life.

Caitlin Marie Grimes
University of South Florida
8298
Beyond The States