Following Abuse Allegations, Should Addison Russell Still Be Playing In The Bigs?
Odyssey

Following Abuse Allegations, Should Addison Russell Still Be Playing In The Bigs?

Only time will truly tell how changed of a man Addison really is. 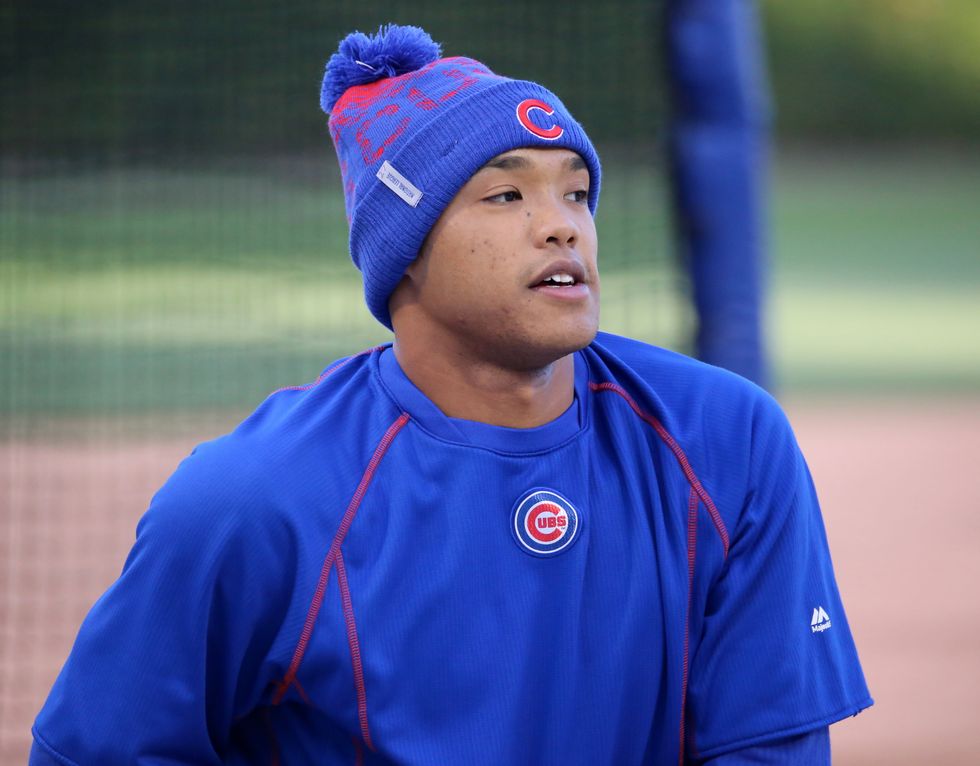 Around 2015, I started keeping up with the Chicago Cubs. This was because I was really interested in the starting of the Bryzzo bromance, consisting of third baseman Kris Bryant and first baseman Anthony Rizzo. Bryant made his debut April 17, 2015, with Addison Russell making his four days later on April 21. I stayed loyal to my Atlanta Braves but I have other teams I like to watch and keep up with an alright go ahead and call me a bandwagon because the Cubs would win a World Series the next year.

I try to keep up with most of the baseball and the bigger names and at the time Addison Russell was one of those bigger names in 2016 when I met my wife. I don't typically know Every player's hometown or high school especially. Of course, I know both Kris Bryant and Bryce Harper are from Las Vegas, but who doesn't know that. When I and my wife were first starting to know each other, she found out how much I love and keep up with baseball. A reference she used to what high school she went to which is Pace High School in Pensacola, FL, was that's where Addison Russell was drafted straight out of in 2012 as the 11th overall pick.

For me, I was like, lit, because the Cubs were in the postseason about to play for the 2016 World Series against the Cleveland Indians.

In 2017 I moved to Pensacola with my wife and began working at Academy Sports and Outdoors. This plays a vital part in how my opinion of Addison goes. During my time at the Academy, I assisted Addison on two occasions. The first was in the team sports department and I and a coworker helped him find a thumb guard so that when he was in the off-season and hitting he wouldn't get raw spots and blisters because those still happen in the bigs. He was a little shyer seeming but was a nice guy and kept a smile the whole time. He even talked with me and my coworker for a few minutes about baseball, neither of us was unprofessional to the Academy Policy and didn't go fanboy over him.

A few months later I happened to see him in the footwear department and assisted in getting him a pair of training shoes for the weight room and running shoes for running. Again he was a little reserved but was an upbeat guy. And again I talked to him about baseball but never treated him as if he was the hot shit but just like another guy who likes baseball. This is how I believe players should be treated, in knowing other players from my area I grew up in. However this in no way is me saying he is innocent, I'm just saying he's not a completely terrible person like some people are saying.

As previously stated Russell was drafted 11th overall in 2012 by the Oakland A's before being traded to the Chicago Cubs. 2015 was a good year with Russell having an average of .242 with even more amazing defensive plays. In my opinion in watching games and highlights Addison is a better defensive player than an offensive player. However, he had a great offensive turnout in game six of the 2016 World Series with a Grand Slam and a total of 6 RBIs for the game. Altogether on the field, Russell is a decent player who gets the job done and does a fair share.

In 2017, a post online by a friend of Russell's then-wife at the time Melisa Reidy accused Russell of domestic abuse against his wife. This accusation did begin a divorce between Reidy and Russell but didn't end up with any disciplinary action at the time by the MLB. At the time multiple teammates talked about great memories and how great of a guy he is but don't know much about his life off the field. However; in September 2018 Reidy did come forward in a blog posting about all the abuse Russell had allegedly done against her.

Reidy claims he laid his hands on her multiple times including times in front of their infant. She also claims there were infidelity and verbal abuse. She believed, in the beginning, Russell had just let his emotions get the best of him and that he was deeply sorry and loved her even though it continued to happen. Reidy alleged that the abuse would get worse when he was more stressed and under extreme pressure at work during losing streaks or slumps.

On one occurrence leading up to the 2016 World Series Russell was in a slump and Reidy says she remembers crying in relief when he hit a home run — she said she knew at the time he wasn't going to be as stressed.

That's just an overview of the allegations and if you want to truly know the whole situation, all of Reidy's blog post are online still and so are multiple updates on the investigation. After the accusations from Reidy MLB put Russell on a 40-day suspension as are stated in the rules against domestic violence.

My following statements again are in no way me saying Addison Russell is innocent. From all I've personally read and watched on the investigations, I do believe Addison is in the wrong. However as a hot head ex-baseball player, and intramural softball player I understand the frustration of a slump or a bad game. I've been ejected multiple times.

But I've never taken the stress of a game home with me. That, in my opinion, is truly where Addison went wrong.

I have brought home the stress from work and I feel terrible about some of the shit I've put my wife and friends through. As I am reading through the different details of Russell's abuse towards his wife I believe it should open the eyes to other men out there and we should learn how to not get so hot-headed and how to leave work on the doorstep.

I've heard stories about a guy who hung up all his work problems in a tree in the front yard and then would go inside to his wife and kids. In the morning he would go back to the tree pick up what he left and state it feels lighter than the day before.

Now, I'm not saying I or anyone else has abused their wife, but we have all fallen short of respecting them for how they deserve to be treated.

Therefore, I believe Addison is guilty as are many other men out there of not giving our wives the respect they deserve or getting to heated in an argument or bringing work problems home.

Addison still hasn't officially stated that he's guilty but he is no longer stating he is innocent in saying he has learned more about what domestic abuse and violence is. He has also sought out counseling and treatment on his own far past his mandated treatment the MLB requested from him. It has been less than a year and those close to Russell say he has made great progress.

Only time will truly tell how changed of a man Addison really is.

As for the true question: Does Addison Russell belong in the MLB? I believe yes. He isn't a superstar but he does bring a lot to the table and is a great player. He has taken responsibility for his actions and he's seeking treatment to make sure it doesn't happen again. We've all made mistakes and for someone of his stardom to accept responsibility and seek treatment to try to move on and become a better person is what I truly want to see. So yes I believe Addison Russell should get a second chance and can't wait to see how he does this season with the Cubs.

baseball
Report this Content
This article has not been reviewed by Odyssey HQ and solely reflects the ideas and opinions of the creator.