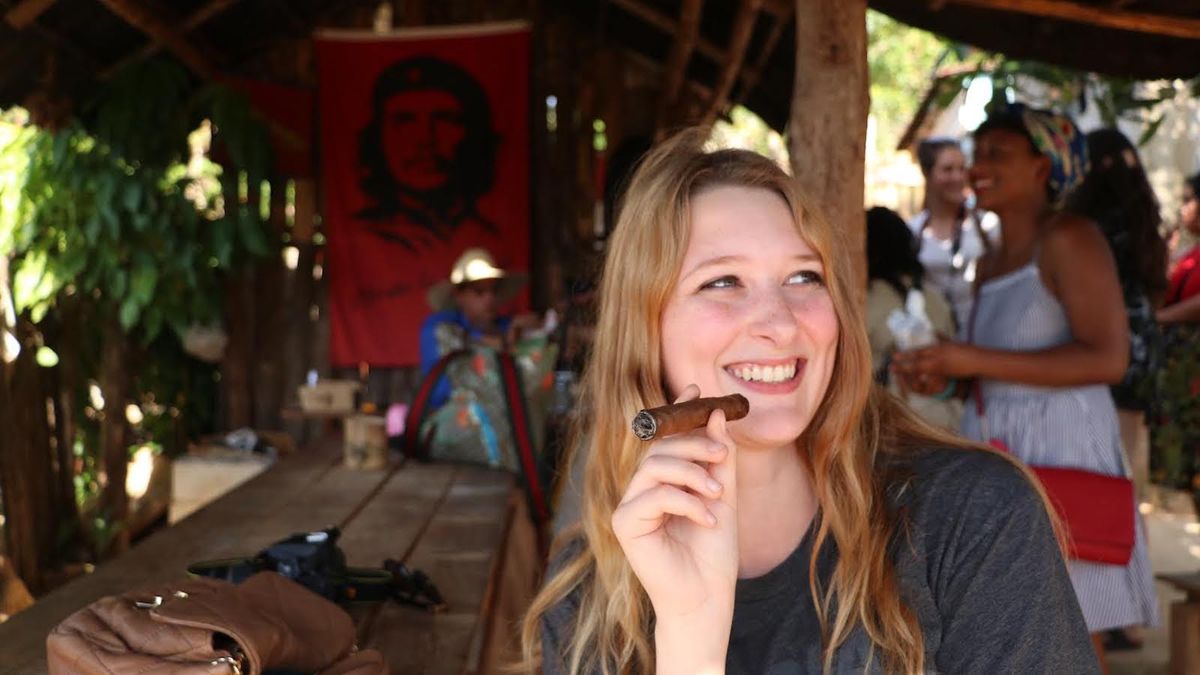 Although I have not studied abroad, I definitely plan on doing some world traveling after graduation this year. However, I know a lot of people that have studied abroad in the past and are currently abroad. After hearing their stories and collecting these horror stories, it is definitely wise to proceed with caution and be prepared for anything. So, grab a snack and check out these stories:

Stories have been edited for clarity and length.

"My friend’s friend went to Spain and she met a guy there. They ended up having a fling for the few months that she was there, and he always liked to give her massages. He would also always use this oil on her whenever he gave her massages. She ended up coming home and she didn’t tell him since she would never see him again, and she started to see these weird boils start to form on her skin. She went to the doctor who ended up informing her that whatever 'oil' was being put on her skin was actually a 'chemical' of sorts to soften her skin in order for that man to eat her."

"I studied abroad in Peru on a service learning trip, and one of the girls I traveled with never showered nor did she care that she was hugging a dog that had fleas at one point. She also had the idea to stay in a foreign country on her own after the rest of the group left, which is great, but she had no plan of where to go or where to stay! Talk about horrible."

"I was on a trip to Budapest and lost my phone in a cab. My flight was really early the next morning and I had to travel to the airport at around 2 a.m., with no phone, so I had to memorize the directions. It was super scary not knowing if I was going in the right direction. At one point, I had to switch buses and the next bus stop wasn't where I thought it was going to be. Luckily, a kind local showed me the way, but it freaked me out not knowing if I could trust them."

"I didn’t study abroad, but I did go abroad for the first time this past Christmas break. I went to Cancun, Mexico with my boyfriend and had a blast the first few days. This was my very first time going out of the country, so I researched literally just about everything I could. I learned about how locals don’t drink the water unless it’s in a bottle, how they use a straw when drinking from glass containers, how ice shouldn’t be used in drinks, etc. When we finally got to Mexico, I was extremely cautious (yes, I even wore a fanny pack to avoid pick-pocketers). I washed my hands before I ate anything and I followed all of the guidelines I had read about. Fast forward to the second to last night of our trip, I had a horrible case of diarrhea. I’m talking cramps, instant urge, horribleness I can’t even describe. I attributed it to the fact that I ate so much that day. The following day, I had no problem.

On our plane ride back, something just didn’t feel right. I felt dizzy and like my heart was skipping a beat. I couldn’t catch my breath and felt like I needed an inhaler (I haven’t had an asthma attack in nearly eight years so this was very odd for me). We landed and I immediately had to go #2. I made the two-hour drive home from the airport (my boyfriend and I live in different cities) and made it home to my parent’s just in time for Christmas.

The following day, I was fine. Felt glad to be back and ready to eat a big Christmas dinner. That night, at 1:20 a.m. on Christmas Eve, I woke up and immediately had to go potty. I lied back in bed and these excruciating cramps set in. Twenty minutes later, I had to go #2 again. And then in another 20 minutes, again repeatedly. Then, blood started appearing in the bowl. Something was obviously not right. I couldn’t do anything because the lab for stool samples wasn’t open. So I laid in bed with some of the worst cramps I have ever had, going to the bathroom EVERY 20 MINUTES on the dot.

That morning, I headed to the hospital where they took a sample. I had both C. Diff and E. Coli, two of the most deadly bacteria when out of control. I lost five pounds within three days and felt like I had been hit with a semi-truck. I had no appetite and missed Christmas dinner due to cramps and other unmentionable side effects. I have experienced three surgeries, an appendectomy, costochondritis, pneumonia three times, I’ve broken a foot and played an entire game of flag football on it, I broke seven bones in my hand at once playing soccer, and NONE of that even comes close to describing the pain with C. Diff and E. Coli. But I would gladly go back to Mexico in a heartbeat!"

"My assigned roommate had a mental breakdown just before finals. Granted, it was for a completely understandable reason, as she had gotten injured less than a month into study abroad and was really homesick since she didn't want to do any traveling or fun abroad things on crutches. But the breakdown consisted of her singing "Let It Go" — yes the song from Frozen — as loud as physically possible at TWO IN THE MORNING. We were very poorly matched roommates, and she was super passive aggressive, so I thought she was just doing it to be a bitch at one point. It scared the living hell out of me for nearly a week until I finally booked myself a three-week-long backpacking trip to escape. By the time I got back, her parents had taken her home. Still the weirdest roommate experience I've had to this day."

6. The Lengthy Luggage Trip and A Scary Elevator

"My first study abroad horror story is when we took the train from London to Paris for a supervised weekend trip. Our advisor in Paris didn’t know where we were coming from or what program we were with. (Mind you, we are 15 fashion students with a lot of luggage.) She made us carry our luggage up and down stairs in the subway and get on the subway with it. Some of us got separated because we all couldn’t fit on the same one. Then, we got off the subway and walked 15 minutes to our hotel, past a bunch of Parisians who stared at us as we walked by. By the time we got to our hotel, my hands hurt and had blisters and were bleeding.

My next horror story from this same trip is when we went to Milan. We were living there for the second part of our program. Six of us went into a four-person elevator in an older apartment building, which we were staying in, and instead of going up, it went down. Thanks to a good Samaritan who also happened to speak English thankfully, he called maintenance and firefighters. After 30 minutes of being stuck, we were able to get out and enjoy our last night of studying abroad."

Planning to go abroad via Ryanair? Read this first.