'Bans Don't Work', Says the Party Banning What They Don't Like

'Bans Don't Work', Says the Party Banning What They Don't Like

A.k.a there are a whole lot of hypocrites in government and politics 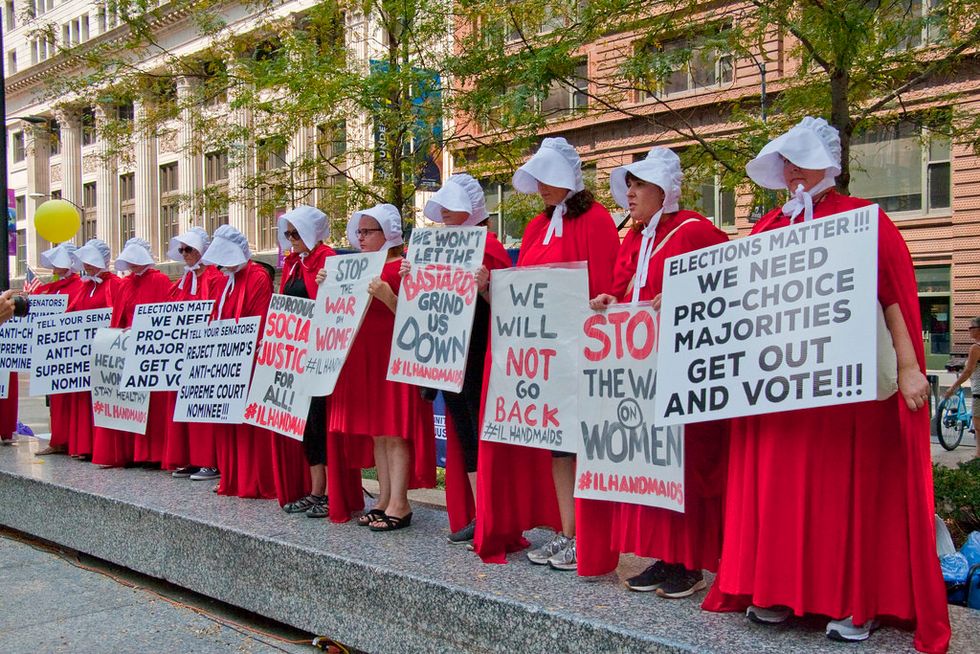 The latest anti-abortion legislation in places like Georgia and Ohio has furthered an already hot debate between opposing viewpoints. The Georgia legislation is, according to those who passed it, an attempt to overturn Roe v. Wade and effectively ban abortions in all fifty states.

While protesters and pundits alike argue the pro-choice and anti-choice debate, I've been left confused and angry about another piece of the argument.

When did the Republican legislators and commentators celebrating the abortion ban suddenly decide bans were effective?

The rallying cry around opposing gun legislation proposed largely by Democratic candidates has been that banning guns will not deter crime or keep criminals from obtaining weapons.

Yes, their argument is that a ban does not work.

{For the purpose of this writing I am not even touching the fact that most Democrats don't propose a total ban on guns, making the whole argument obsolete anyway, because I can only focus on one fallacy in this post.}

Now compare that to the abortion discussion this country is engulfed in right now. The Republican legislators behind the recent anti-abortion bills want to see abortion banned by the highest court in the land: the Supreme Court. Many of their supporters agree with this.

To that point, there is good reason to believe that many people who chose to vote for Donald Trump in the 2016 election did so because they knew a Republican president would appoint conservative judges to the Supreme Court when given the opportunity.

So, clearly, a lot of Republicans want a ban on abortion. For the sake of being a decent human being, I am going to assume most of these people do not want women to perform risky medical procedures on themselves instead of having it done in a medical facility by trained experts.

I am instead going to assume that these people truly believe a ban on abortions would actually stop them from happening.

That then begs the question I posed earlier: why do they suddenly think a ban would be effective?

I happen to agree with the notion that complete bans on anything do not produce the intended results. However, that means I argue that position in any case.

Guns? I want to see stricter protections, but I know they cannot ever be completely banned from existence.

Abortions? I know that a ban on them will only force women to seek them out on their own in secret. I know this means that abortions will not stop happening, but that every women who gets one will now be at serious risk of injury or death as a result of them.

If I, a simple teenager with no government or political experience can realize that the argument to ban abortions but also be vehemently opposed to gun legislation because of the fact that bans don't work is inconsistent and does not make logical sense. why can't the lawmakers touting this argument realize it as well?

Maybe they just don't care that they are inconsistent. Maybe they realize that people blinded by partisanship and their own opinions won't question the leaders they have put total faith in.

No matter the reason, there is a lot of hypocrisy swirling with the push to ban abortions.

While we call out the bills for all of the reasons that have already been mentioned, I think we should also start asking lawmakers about their hypocrisy.