Childs knows what he wants, and how he's going to get it in this new EP. 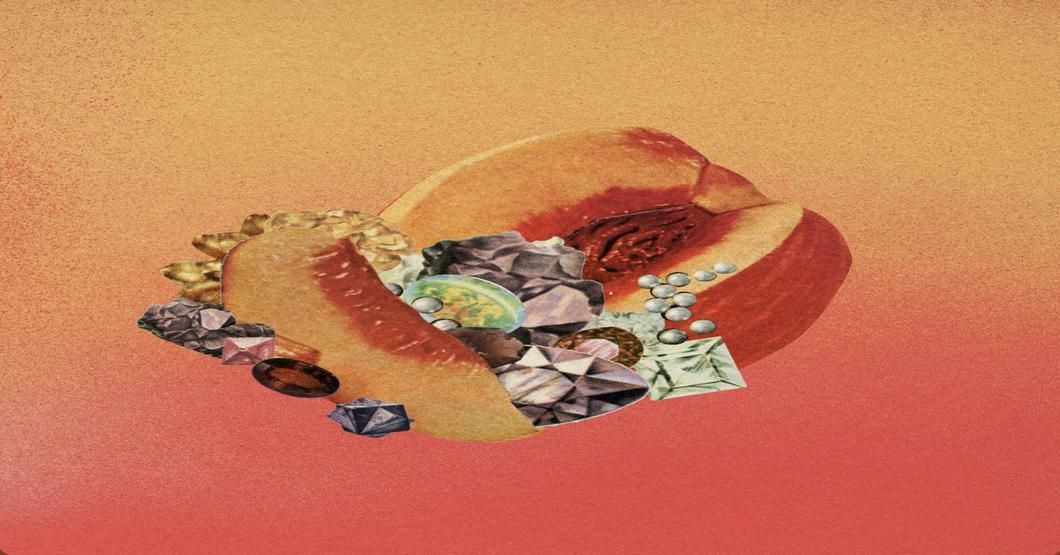 Singer/songwriter/guitarist Aaron Childs has recently blessed his listeners with the release of his second EP entitled Peach. This R&B EP can be considered an extension of his 2017 EP My Way because of a similar sound that Childs utilizes in each project. During that prior EP; Childs successfully blended the funk, soul, and groove genres of music – thus creating a sound similar to that of R&B artist Thundercat. Memorable tracks on that EP included "My Way," "Good 2 U," and "Pressure" which helped to solidify that EP's overarching theme of love and lust.

Moving forward, similar movements from My Way can be heard on Childs' latest EP Peach, however the theme on this new project has deviated to focus on Childs' life and aspirations, rather than that of love and lust. Additionally, through the help of other songwriters like Mars Today, and Bijou Choder, Childs has been able to flourish as an independent artist and find his own footing.

Let me just start by saying that listening to this EP was as delicious as biting into a fresh Georgia peach. This could also be the reason why Childs decided to name the project as such. Each song on this five tracked EP moves fluidly through one another, which led to the listener feeling uplifted due to Childs' carefree lyrics.

In the first, self-titled track of Peach, Childs immediately lets the listener know that he's not messing around and that he knows exactly what he's doing. During this song, Childs' voice seductively leads the listener through the upbeat and funky melody. He uses lyrics like, "Glow/Gold all around me, I'm a king that's all I know/Glow/Drivin' a Cadillac down a Rodeo-eo/Glow/Fallin' in love with all the things that make me/Glow" in order to tell the person listening not only how great his life is, but also how happy he is with it. He uses other lyrics such as, "Need the house, need a pool, and the rest I figure out," and, "All of my rents on credit" to further represent this idea of him being the king of his castle. This song was originally released last year, but I'm glad Childs used it as an introduction to this EP because it immediately set the tone and theme for this project.

Moving on to track two, "Bubbly" provided the same theme of Childs being the king of his castle, but moved in a bubblier rhythm. The bassline on this track was phenomenal and popped in all the right ways. Childs sang lyrics like, "Double up, double up, she can try and put the bubbly in my cup" to represent how much fun he's having, and that it's a cause for celebration. About a minute and ten seconds in, "Bubbly" absolutely exploded with flavor as the horns were introduced and danced along the rhythm with the guitar and bass.

A little more than halfway into this project was the track "Golden Hour," which moved into a different theme, and had a slower vibe than the last two tracks. During this song Childs sang about how a girl was, "Always trying to microdose me/She just wanna go outside," and that he was left, "Chasing you circles round' the neighborhood." This theme of love and loss was apparent through his last EP, but it felt out of place on Peach due to the majority of tracks focusing on Childs himself.

The fourth track on this EP "Scratch" immediately picked up the pace where "Bubbly" had left off. "Scratch" consisted of groovy guitarwork, smooth drums, and a bassline that would not quit. Although "Scratch" had a similar tone to tracks like "Bubbly" or "Peach" it's theme once again revolved around Childs running after a girl. At times during this song, Childs would put the listener right in the passenger's seat as he gassed up his car and raced towards, "Some bad luck."

The final track on this EP was "Warrior" and although this track had been released as single last year, I'm glad it was able to make this project. This was another very groovy song, and it's dreamlike guitarwork allowed the song to move effortlessly. The theme of this track was to continue persevering in life, even through hard or difficult times. This was shown through the lyrics, "I know you jumped some high walls," and, "They left you cold but you survived." To encourage and motivate the listener to keep going, Childs sang, "Oh they wanna see your heartbreak/Oh, but you're a warrior yeah." Towards the end of the track, the song seemingly ended through a slow tempo. However after about a second of silence, the song kicked back up and restarted with a violin melody and played right back into the first track on the EP, "Peach."

The Peach EP was addicting to listen to, and required the listener to not only play it – but keep it on a loop. Everything on this EP just seemed to work together effortlessly, and if this is just a taste of what Childs can accomplish; than I can't wait to hear what an album of his would sound like. All in all, Peach helped to bring some much-needed recognition to an extremely talented R&B musician, and I will keep my fingers crossed that this piece of music makes it to vinyl.

Madison Franz
The Narrative
1120453
Photo by Brooke Cagle on Unsplash

Madison Franz
The Narrative
655706
Photo by Manny Moreno on Unsplash