A Letter from an American who Attended a Catholic University

A Letter from an American who Attended a Catholic University

The culture shock is real! 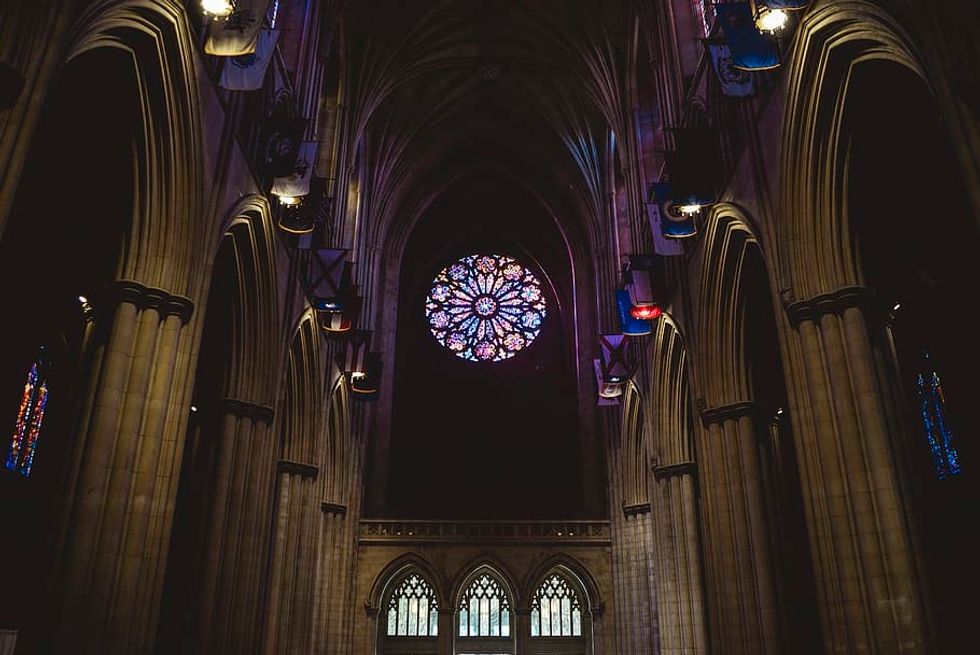 My dear reader, many have asked me to deliver an account of what it was like for me, somebody of a very strongly Protestant background who attended graduate school with Catholics. Alas, like every experience culture shock occurred. I had very little interaction with Catholics before graduate school, and I came from a country (the USA) which is very strongly Protestant- at least culturally. Religion strongly impacts a culture, even if the people of that country may be secularized. Spain, Italy and France will always have Catholic cultures and more of a Catholic way of seeing the world. Meanwhile, the United States, Germany and Norway will look at the world through more Protestant lenses.

Many casual readers may not understand how drastically different Catholic and Protestant cultures are, in fact- even a church service did not feel like church. However, a different culture is just that- it is different and not bad. The world is a diverse place full of many different beliefs, this differences must be discussed to allow dialog and understanding between cultures. When we pretend these differences do not exist, this is when negative stereotypes occur.

This was the primary culture shock at first. While Protestant churches range from high church with pretty stained glass windows, all the way to low church "we play rock music and drink coffee while dancing to the beat of the drums!" and many churches fall in between. Catholic Churches have very distinct steps to follow and words to recite in a service.

Speaking from my own experience in my Protestant Church, "church" was very communal. We had no paid staff members and it would start with "breaking of the bread" which was when we had a reflective prayer service and passed around a plate of bread for each member to individually rip and little individual cups of wine and grape juice. In between services we had "coffee hour" where we all socialized, and drank coffee or tea. Afterwards the children would go to Sunday School and the adults would listen to a sermon exploring a theme in the Bible. We had new speakers every week, and nothing resembling a mass. Alas, I regret to inform you- we have no artwork in our churches! (except maybe some high churches)

I can already hear the cries of "you anti-clerical revolutionary!!" alas, my dear reader I hope I don't sound too anti-clerical but yes, I do not think churches should have any clergy. From my background we had a group of unpaid elders carefully picked. Alas, I am no theologian but I do not believe it is right for a church to have structured leadership as it would be prone to attract usurpers.

Separation of Church and State

My dear reader, we should have no official church. Religion is a matter of your heart, it is the beliefs you hold most sacred within you that form your worldview. When leaders of old forced everybody to convert to their faith- genocide such as Saint-Bartholomew's Day and the Spanish Inquisition occurred. Power corrupts all, and religion and state should be separate or it will be easier for usurpers to seize power.

This made me feel rather like I was in another time period. Religious clothes? crucifixes? Such objects would never be spotted where I come from. Not saying it is wrong to have, but I was not aware how noticeable it is. Of course, faith is subject to freedom of expression and as an individual they have a right to do it. However, if this was a governmental space such symbols should be forbidden as a neutral government is a happy government free from factionalism of religious disputes.

This is because we think different. Somebody of more theological training than myself would better explain it, but while Catholics "celebrate mass" this sounds funny to my ears, you "go to church" but you never "celebrate church." Or "the sacrements" We do not have this in Protestantism and in Catholicism "sacrements" are their religion's core beliefs. We do not have infant baptism either (except for Presbyterians) nor do we have "confirmation" or "first communion" which to my understanding are rites that Catholics take part in. We have nothing equivalent, except perhaps baptism when you are old enough to decide to be baptized. We have no saints for all men are created equal. Mary for us was a "nice girl" but still a sinner.

They do not trust "scripture alone"

The sole authority on religion is scripture! But for Catholics, they take great stock in traditions and scholars such as Aquinas. This is what gives Catholics a connection to the past Middle Ages, for somebody coming from a church where guitars are used in worship and the atmosphere was like one big family gathering this took me by surprise.

In Protestant churches we use a fresh loaf of bread and pass it around for everybody individually. Likewise, with the little cups. In Catholicism they have a clergy member hold a single cup and they have crackers instead of bread. They believe it is the literal body of Christ, where all Protestants believe it is merely a symbol. Consequently, they hold this to be the center of their service where for us it is a remembrance but all symbolism.

In conclusion, I never have been in a place more different in my life. This is not a bad sign, in fact I believe it made me gain a deeper understanding of the way other cultures work and think. It is rather heartbreaking at times when people will attack me accusing me of being "Catholic!" I thought that my country moved past our days of harassing suspected Catholics on the street. I do not believe in any Catholic doctrine, and am from a Protestant family. However, I should have noticed a troubling sign when I reflected that in my country's history all of the immigrants who suffered the most were from Catholic Countries. I believe the world is improving a little with embracing tolerance for all religions, but we need to have discussions with those who are different- and not accuse people of following a particular religion.

By pretending these differences do not exist, we are in danger of opening up a greater divide as different groups isolate themselves and do not interact with those who are different. Of course, we must find the similarities and what unifies us so we can fight together for justice and a better world. This does not mean ignoring our differences, but moving together realizing our difference but knowing in a free society we can all practice our faith without the fear of repression.