My First Semester Break Up 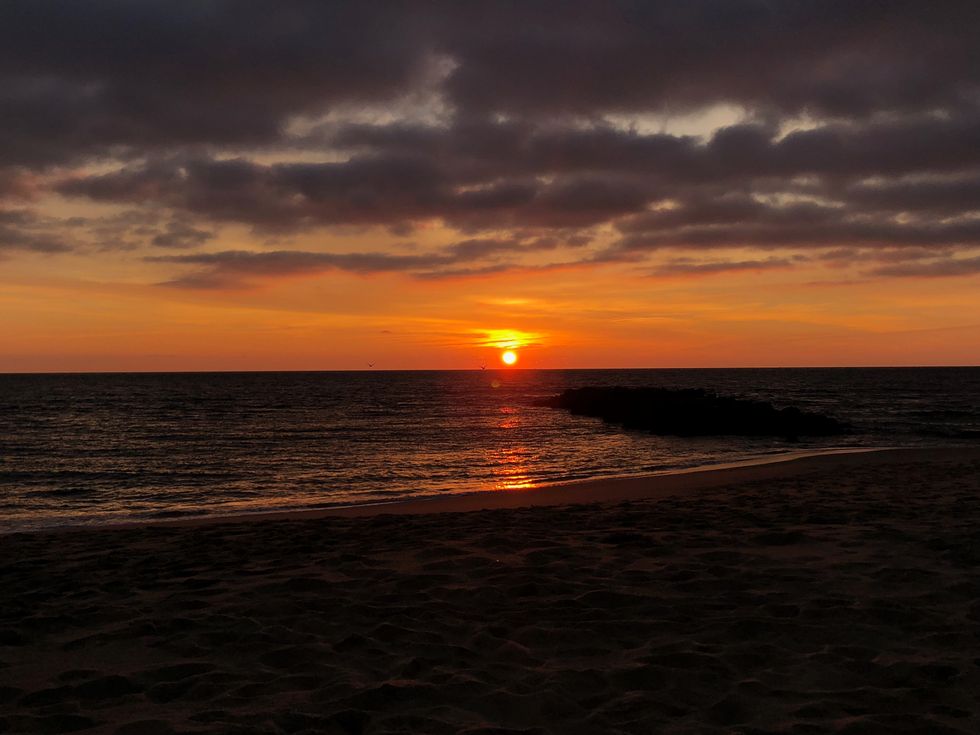 Every August, thousands of high school sweethearts face the ultimate challenge – college. My story was no different as my boyfriend of nine months and I decided to try out long-distance when I moved into Syracuse University, five hours away from home. We knew that spontaneous sushi dates would become overly-planned Facetime calls and seeing each other twice a week was out of the question, but we were willing to give it a chance. He helped move me into my new home for the next eight months and things weren't so hard at first. We missed each other a lot, but I still made friends, went to parties, and was as excited for the rest of first semester as any other freshman.

About a month into the semester, a switch inside of him flipped and we broke up; it was messy and painful because I felt like I had lost a huge part of me and I had no closure whatsoever. For a week, all I wanted to do was hop on a train to New Jersey and hug my mom; little did I know, this split was the best thing for me. I was a long car ride away from anything familiar to me and I took time after my breakup to immerse myself into everything I could– meeting new people, joining clubs, schoolwork, working out, and more. A huge weight felt like it had been lifted off of me; I could focus on myself, start my new life at school, and keep my mind in Syracuse, instead of back home in Jersey.

Over and over again, I continued to push myself outside of my comfort zone. I went to the interest meetings for any club that I even remotely thought I might like, I applied for leadership positions in a few student organizations (I even got a job as a section editor for a student magazine), made a point to talk to new people every single day, and strived to be the best me I could be. I felt more present on campus and even though it was scary to put myself in those situations as a timid freshman (that probably used Google Maps to get to all the club meetings), I knew that all of would pay off because I was getting my foot in the door early.

Getting involved on campus really helped with the transition to living at college because I found activities I enjoyed. No one was forcing me to sign up for things or be in any particular organization, and I felt responsible and independent doing everything completely on my own. Now, don't get me wrong, it was initially so difficult to force myself out of bed when all I wanted to do was eat an obscene amount of chocolate and binge-watch cheesy rom-coms. I had to make a solid effort to put myself out there and just hope that I found my place, which I did in a few student organizations.

Academically, my classes were extremely demanding, making it hard at first to find the motivation to write ten-page papers when all I wanted to do was dwell in my sadness. With all the schoolwork that my 17 credit load threw at me after my breakup, the new mindset I developed helped me to stay on top of all of it. I was overwhelmed at times but I tried to stick to my academic goals and never lose sight of why I came to college in the first place – to earn a degree (or two). The adjustment from high school to college work was already a lot to adjust to, but I made it work through determination.

Getting over my breakup, I started to feel powerful, a word I had never before used to describe myself. I had been through some bad things before, but this was the first time that I really tried to take matters into my own hands. One of the biggest takeaways from this experience was that it put me in a better mindset to reflect on my breakup and relationship. It was super easy for me to see that there were clear warning signs, and I had not stood up for myself as much as I should when things were bothering me. I had been scared and afraid of disappointing my ex, and I honestly would've rather been upset in silence than cause a big fight. I had always been a people pleaser and I didn't stop until this breakup forced me to take a long, hard look at myself.

Since I was a kid, my mom had always told me that the hardest thing to do was to objectively look at yourself, find your faults, and fix them. Now that the relationship was over, I saw how I should have communicated those things with him because talking it out is key in any type of relationship. It's always better to get into a bad fight and talk things out than keep them instead of exploding later down the line.

Now going into the rest of freshman year and later on, I'm infinitely more confident in myself, my abilities, and my voice. I will never let a person, either in a relationship or friendship, make me feel like less than I am. I can take care of and love myself just as much as any boy can. Most importantly, my strength isn't determined by whether I'm in a relationship or not. While this breakup ended up not being the worst thing in the world for me, it challenged me to better myself as a new student and person. I'm always in the process of trying to better myself and learn from every experience I have, but I'm now sure that no matter what life throws at me during the next four years, I'll be ready to deal with it in a positive way.