Signs Your Friend Doesn't Want To Be Friends Anymore

The eight most common behaviors done by someone you used to be close with who does not want to be friends with you anymore. 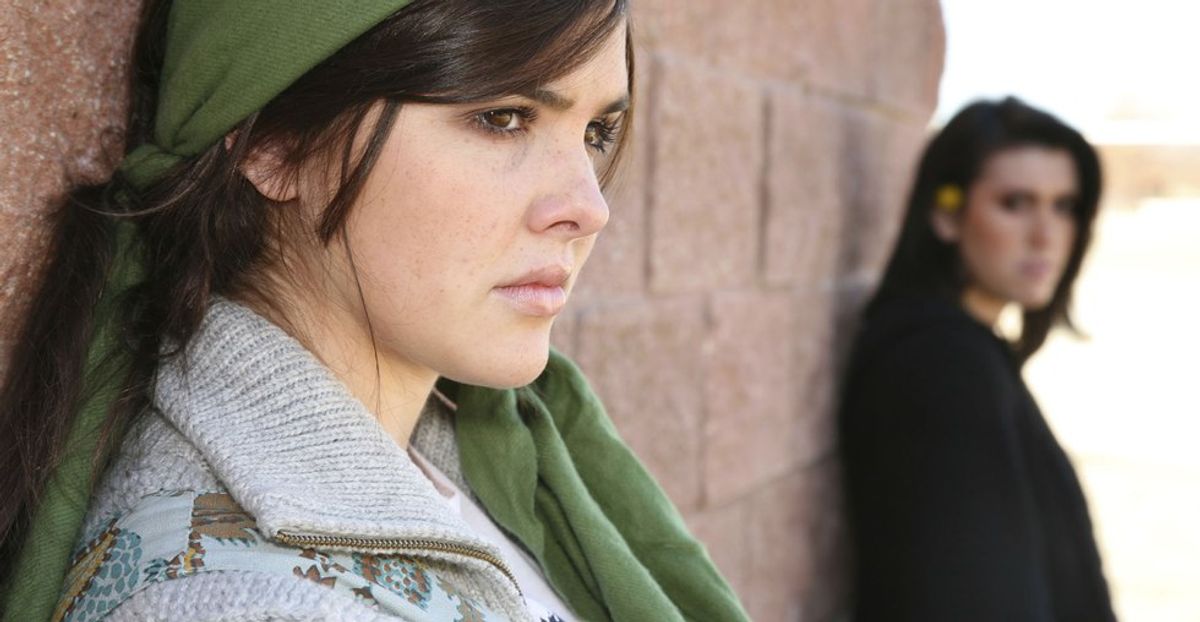 It's not because we drift apart or that we get into a monumental fight over some lame guy we both like. It's rather a personal thing. To put it simply, they want nothing to do with us anymore. As sad as that is, it happens. It's part of growing up. The person who used to be your go-to when you wanted to go on adventures and talk to about everything under the sun is now signaling she wants nothing to do with you.

You're probably wondering why she is no longer interested in being your friend, and truth be told, you probably won't know. When brought up, she'll probably say something like, “Oh you know I'm just really busy and I have a lot to do." Ok, but you used to always make time for me and now I see you deliberately blowing me off to hang out with your other “cooler" friends, so you can't say you have “a lot to do."

I can take a hint.

If you are unsure about the fate of your friendship and whether she is giving you signals, take a look at these most common behaviors that indicate she's less than busy and not interested in being your friend anymore.

1. You're the only one making an effort.

This is by far the most important behavior in determining if she's still your friend.

Take a look at her behavior and then look at yours. Is she putting in as much effort as you are? Does she reciprocate when you are trying to rekindle the friendship? Do you buy her things, offer her things, and are always readily available for her but she doesn't do the same? If she's not, then there's probably a reason for that. It's a one-sided relationship, and one-sided relationships are extremely unhealthy.

This is when you need to put on the breaks and take a step back. She is clearly showing you that no matter what you do, you will be no more than a memory.

Not only does she avoid making an effort; she also ignores you.

You'll see her walking down the hall and you'll give her a big hello and beaming smile like old times sake, but she'll just provide you with a fake-ass half-smile and an almost invisible weak wave. In group settings, her behavior is even worse. You'll try to talk, but she'll ignore the statement and shift the conversation elsewhere.

At that point, it's not just hurtful, it's embarrassing.

3. She has time for others but not you.

With it, we can see exactly what our friends are doing in that exact moment. Therefore, we can see when our friends are lying to us. We can see that your “friend" is watching the latest installment of the Divergent series with Jack and John, even though she told you she's studying for her exam.

Lying about it isn't even worth it anymore since I'm going to find out the truth through the media anyway. It's just immature.

4. She's always coming up with excuses.

Friends always make time for each other, and if she is always saying that she has a lot of homework, voluntary parties, and “stuff to do," then you should stop asking because you are just wasting your breath and energy on someone who clearly has better things to do than hang out with you. I had a friend once text me that she has “a whole list of things to do before going back to school" in response to my question, “Do you want to get lunch sometime at the end of the week?"

I asked her this on a Monday… You're so busy with this long list of super important things that are going to take an entire week to do, so there's no way you can cut 45 minutes out of one day to get food? Wow, I don't think she could've been any more obvious. It was at that moment I realized she no longer wanted me as her friend.

It's especially obvious when they dump more than one reason onto you. Getting the old “I have to clean my room and go to the gym and eat dinner, but I don't know when I'm going" can be simplified to, “There is no way I'm hanging out with you, not tonight, not ever."

5. She always makes plans without asking you

Don't best friends always ask each other if they want to do something together over the weekend? Yes, but not if they don't want you as their friend anymore.

You used to be one of the first people she'd ask to hang out with but now you don't even cross her mind. You'll find out the next day that she and her pals went glow-in-the-dark mini golfing while you were coloring in your adult coloring books alone in your dorm.

6. She only talks to you when she needs something.

Oh, so you need help with that psychology homework? And those flyers for that charity event?

So you decide to call me, your BFF? No. Why would I give my time to someone who shows absolutely no enthusiasm in my presence nor reciprocates when I do all I can to win back her friendship? I know we used to be friends, and I still want to be friends, but you can't just drop me and expect me to want to help you. I in no way want to since they're just coming to me knowing that I will give them what they want.

If conversations between you and your ex-best friend manage to get passed the most basic uninformative conversation known as “Hi how are you," then conversations will remain in the small-talk genre. The weather, school, and, if any, shared clubs will be the extent of your conversation. No longer do you talk about your summer vacation to the Cape or her beach house in Ipswich.

8. Things are awkward when you're together.

If your friend is doing these behaviors, then I hate to break it to you, but she doesn't want to be friends anymore. When I lost my friend for reasons I still don't know back in November, I was devastated. I felt like a piece of me had been ripped off and buried in the mud.

I tried and tried to get her back, but nothing I did would change her mind. I missed her terribly, and I couldn't even figure out why she left me in the first place.

But she was ignoring me and lying to me and giving me countless excuses. It took me a while to figure out she did not want me as her friend anymore. I was hanging onto what our friendship used to be like and I thought it could come back. But it didn't, and it never will.

I ask myself, “Why would she do something like this?" Not just because it's extremely rude, but because she was my friend. It hurts even more when a person you cared a lot about kicks you to the curb. It sucks. I mean no one wants to lose someone who they were close with, especially in such a negative nonchalant manner, because it's more than just growing apart.

But I've been thinking, if she is treating me like this, was she really my friend in the first place? Because friends don't treat friends in these manners, even if they don't want to be friends; you'd have a conversation about it, not ignore them or act like they're not important.

So, no, by her standards, I was not a legitimate friend of her's. If she can't call me a friend, I shouldn't do the same. She has made it pretty clear by this point that she doesn't want to be friends with me anymore, and I have to understand that and move on.

If your friend gives you these signals, you must move on like I had to. I mean, they obviously have, and you need to do the same. I know it's hard. I know you'll want to keep trying to win them back, but you can't. You'll drive yourself crazy. Trying to rekindle a friendship with someone who is indirectly telling you she does not want you in her life anymore through her behaviors is only going to hurt you more.

Doing all you can for someone and not getting anything in return diminishes your self-esteem. It'll only make you feel worse about yourself, especially if at one point you both went out of your way for each other.

What you need to do is take time to think about whether this person wants to be friends based on the signals they're giving you. And if you discover from reading this that they, in fact, don't want you to be your friend, stop trying to rekindle the friendship and find someone who will appreciate you, and will not suddenly leave without providing you a reason because chances are your friendship will not be restored.

They made themselves clear through their behavior. No one deserves to be ignored nor lied to. I know it will be difficult to get over them since you had so many positive memories together, but you need to forget about them and move on. Forgetting about them will benefit you in the long run.