It should be an exciting year of new entertainment, major events and opportunities for change. 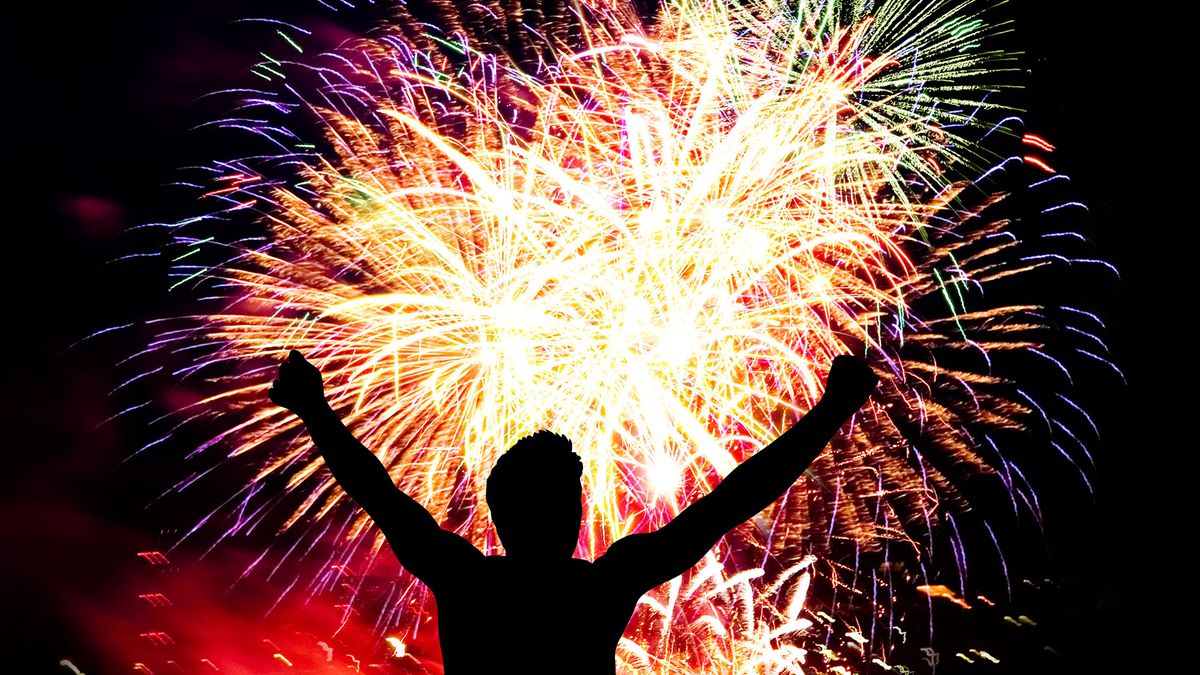 In this new year of 2018, the world is ready for some optimism and positivity following the crazy 2017 we just had. Unfortunately, 2018 will still probably bring a lot of both excitement and insanity set up by the events of last year. That does not mean, however, that there is not a ton of things to look forward to! So, let's take a look at some of the great things that 2018 will bring into our lives.

2018 will be a fun year for sports fans of all sorts with major events hitting our screens from around the world. The 2018 Winter Olympics will be held in PyeongChang, South Korea, sure to tote with it plenty of intense global competition. The 2018 FIFA World Cup will take place in Russia and pit some of the greatest international football clubs against one another (though the United States is going to miss the World Cup for the first time since 1986 after an embarrassing World Cup qualifying run). But not to worry, my fellow Americans, because we can bask in the glory and singular excitement of the NFL Super Bowl which will conclude the 2017-2018 season. Seems like we have a lot of brackets to fill out.

2018 is going to be an incredible (pun intended: see The Incredibles 2!) year for films. With new releases in the superhero sector like the much anticipated Marvel entries of Black Panther and Avengers: Infinity War, along with DC's Aquaman, 2018 will host a variety of films with familiar origins. Other titles to look for include Ready Player One, based on Ernest Cline's pop-culture masterpiece, Solo: A Star Wars Story, another standalone Star Wars film for fans to divide themselves over, and A Wrinkle in Time, based on the classic sci-fi novel Madeleine L'Engle. Not only are there going to be a load of new movies, but we can also get hyped to fill out those Oscar ballots!

This should be an intriguing year in the music industry for a few reasons. There should be a major resurgence in pop with the likes of Ariana Grande returning with a new album following the attack at her concert last year. I am personally most anticipating the third in a trilogy of albums from the unique, British Indie Rock band, The 1975, who are releasing what could be an LP for the ages in Music for Cars. Of course, we will also witness the 2018 Grammy's, which are likely to create some historic decisions with artists like Kendrick Lamar and Jay-Z in the running for Album of the Year. Singing competitions will return such as the hugely influential American Idol and The Voice, along with a new competition led by Sean "Puffy" Combs called The Four. Perhaps the most important update in the music industry this year will be the streaming wars between services with huge companies like YouTube and Facebook trying to get in on the action.

The video game industry is booming with the recent release of the top tier of what are now the current-gen consoles, such as the Xbox One X, the PS4 Pro and the Nintendo Switch. Games are looking and playing better than ever, and don't forget that Virtual Reality is beginning to find some footing in the major market with tech like the PSVR. 2018 should carry with it a list of anticipated games to continue to outfit the hardware that we've been recently receiving. Exciting titles include Red Dead Redemption 2, God of War, Anthem, Spider-Man, Kingdom Hearts 3 (finally!!!), Days Gone, Detroit: Become Human, Mega Man 11, The Walking Dead: The Final Season and The Wolf Among Us: Season 2. That's only the tip of the iceberg, so stay tuned for even more games on the horizon. Also, the hugely anticipated The Last of Us: Part II is expected to hit shelves in early 2019, but know that we are at least getting a big look at it come E3 2018. Oh, yeah, E3 2018 is something to look forward to as well!

Look to the skies in 2018 for a few cool events taking place out of the atmosphere. A total lunar eclipse should be visible to people in North America on January 31st. There are always meteor showers to look out for, and the Perseid's won't disappoint in August. There is great hope that ESO will be releasing the first ever photos of a black hole after 2017's observations. This is particularly exciting because it is something that has simply never been seen before, so keep an eye out in the early part of 2018. Also, almost 50 years after the US Moon landing, humans are likely to go back to the Moon. India should be landing a rover on the Moon, and SpaceX has talked about flying two regular people to orbit around the Moon this year. There have also been talks about the US taking people back, but news has been quiet. It would certainly be exciting for members of generations after the initial moon landings to get to witness something for themselves.

6. A LOT of political craziness

Yes, 2017 was a year of upheaval and change around the globe, but 2018 can expect likely just as much, if not more activity in the political sector. What will Trump tweet? Will North Korea make good on their threats? How will the U.K. handle the results of Brexit that are still shaking its foundations? Russia is likely to re-elect Putin, but what will the details of that election prove about the nation and Putin moving forward? Will tensions between Spain and Catalonia worsen or flatten out? It may not be things to look forward to, but it is certainly a lot to watch for, folks.

A new year is always a chance to start working on enacting better habits, searching for better goals and creating a better, healthier, more happy you. Take 2018 by the horns and work on yourself. What are your New Year's resolutions?