6 Reasons Why Fans Are Disappointed With "Star Wars: The Last Jedi"
Odyssey

6 Reasons Why Fans Are Disappointed With "Star Wars: The Last Jedi"

A spoiler-filled review of why many fans are upset about the movie. 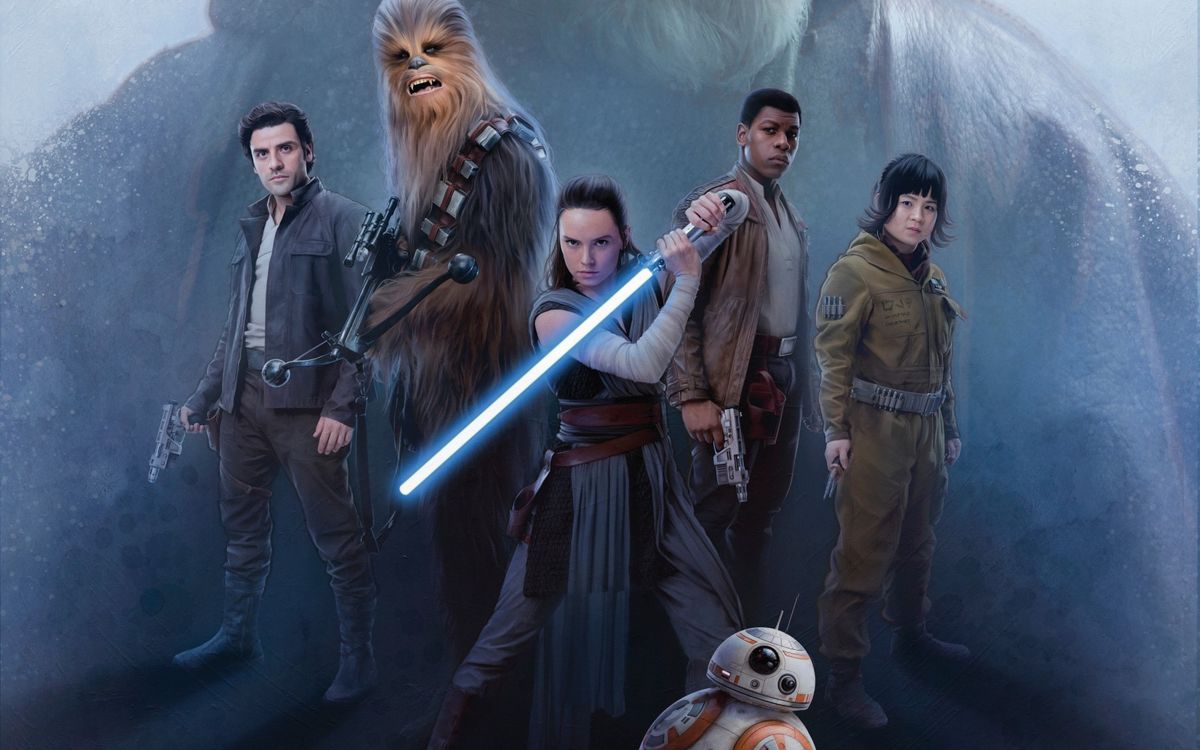 Even though "Star Wars: The Last Jedi" has received massive praise from critics, with a 92% score on Rotten Tomatoes from Critics, fans seemed to like the movie a whole lot less with only 53% of fans liking it. The prequels were not well liked by fans, but even they had a higher percentage of the audience that liked them than The Last Jedi. As a fan who's been into Star Wars since I was eight years old, who's watched episodes one through six at least twenty times and has even kept up with some of the expanded universe, let me tell you why.

1. They made Luke unlikable.

When Rey first arrives, Luke won't even talk to her. He throws his old lightsaber over a cliff and refuses to teach Rey because he feels that he has failed his old students. We later find out that what drove Ben Solo to turn to the dark side and become Kylo Ren is that Luke feared Ben was becoming too powerful and was displaying some dark side tendencies and so he tried to straight-up murder him in his sleep.

The problem with this is that many fans have a hard time accepting that Luke, the same guy who refused to kill Darth Vader, the evil Sith lord who's killed thousands of people, because he thought that there was still some good in him would try to murder his nephew. This decision to make it so that Luke is morally compromised destroys the image one of the most beloved Star Wars characters and either makes people dislike his character or breaks the suspension of disbelief because the story is not consistent with the Star Wars universe as a whole.

Captain Phasma, who recently got her own book that made her seem like a certified badass, is given the short end of the stick in this movie, just like in "Star Wars: The Force Awakens." The filmmakers had an opportunity to turn Phasma into the awesome character that she's advertised to be, but instead of doing that, they killed her off before she could have any significant impact on the story or show off her skills. She captures Finn and Rose before they disable the ship's tracking device and allow the rebels to escape, only to get her butt kicked by Finn.

3. Vice Admiral Holdo is a plot device instead of a person.

After General Leia Organa is knocked out, Holdo is put in charge of the ship. For no reason, she makes it seem like there is no plan to escape from the First Order and like she's just going to keep piloting the ship straight in space until they run out of fuel. This makes Poe Dameron, Finn, and Rose come up with a plot to infiltrate the star destroyer that's following them, disable the tracker, and then hijack the Resistance ship and jump into hyperspace and escape.

Poe organizes a mutiny in order to try and save everyone, but the plan fails, Finn and Rose are captured, and Poe is stunned and put into timeout for five minutes. All of this could have been avoided if Holdo took literally took 30 seconds to say "Hey, so we're going to keep flying straight until we get by an old rebel base on Crait in a few hours and then we'll escape in cloaked ships as they continue chasing the main ship. We'll make a last stand there and hopefully get some help from our contacts in the outer rim" to everyone or at least to all the officers. Communication is one of the most important things in a military and any competent Vice Admiral would've told her people the plan.

The writers fabricated unnecessary tension between Poe and Holdo to make Finn and Rose go on a pointless suicide mission that nobody cared about (I'll get to that in a bit). On top of that, the rebels are Deus ex machinaed by Admiral Holdo who kamikaze attacks the First Order at light speed, destroying the fleet. The filmmakers intend to make the scene where Holdo kamikazes the First Order to be touching but to any invested fan with an IQ higher than 20, it makes you wonder why she didn't do this before with one of the other ships before they got shot down and escape, or why she couldn't just escape with everyone else and make a droid pilot the ship into the First Order. And after pondering for awhile, fans realize the answer: Holdo's actions don't need to make sense, they just need to drive the plot forward.

4. Finn and Rose's adventure is pointless.

Finn and Rose go on an expedition to Canto Bight that is ultimately pointless and stupid. They get there and get themselves arrested, break out of prison, ride some CGI abominations, and then get deus ex machinaed by DJ who sells them out to the First Order. Along the way I suppose that they do a little bit of character building for Rose and the filmmakers try to make some points about animal abuse, child labor, and how wealth is bad. Ultimately, knowing that the adventure accomplishes nothing and could've been avoided makes it seem like it pads the run time for no reason except to spout political points about the treatment of animals and how wealthy people are evil.

"Star Wars: The Force Awakens" got a lot of backlash because many fans felt that she was an overpowered Mary Sue. In this film, Rey receives one lesson from Luke where she learns to reach out with the force and swings a lightsaber around, with no instruction, and begins to swing it with perfect form in the same practice session. She then defeats Snoke's guards who are trained in melee combat and lifts a pile of rocks from the entrance of a cave.

While people who haven't invested hundreds or thousands of hours of their life in Star Wars may not think that all of this is odd, more devoted Star Wars fans understand that lifting a pile of rocks from the entrance of a cave is no easy feat. In an episode of "Star Wars: The Clone Wars," which is canon, the combined force powers of Obi-Wan Kenobi and Anakin Skywalker couldn't open a similarly blocked cave that easily. Rey probably could unblock the cave by lifting a few rocks at a time and it would take her maybe 30 seconds but she lifts tons of rocks at once. This exemplifies how Rey is a Mary Sue. Her force powers rival Yoda and her she swings a lightsaber with perfect form with one lesson of training.

In "The Force Awakens," Snoke is portrayed as this super powerful, ultimate threat. In "The Last Jedi," they made him extremely powerful and he completely dominates Rey and freezes her in place and orders Kylo to kill her. Kylo then saves Rey by turning the lightsaber and igniting it. This was a complete waste of Snoke and again takes away fan's suspension of disbelief. Snoke is supposedly this powerful force user who can defeat our Mary Sue without lifting a finger, who can use the force to connect Kylo and Ren across the galaxy, who can sense that Kylo is about to ignite his lightsaber to take down his true enemy, but he can't notice the lightsaber clanking on the table next to him or use the force to sense that he's in danger like every other force user can? Unless the filmmakers pull some sort of stunt to bring Snoke back, Snoke was just a wasted character.

Caitlin Marie Grimes
University of South Florida
10052
Beyond The States