Are we lowering our standards a little too much? 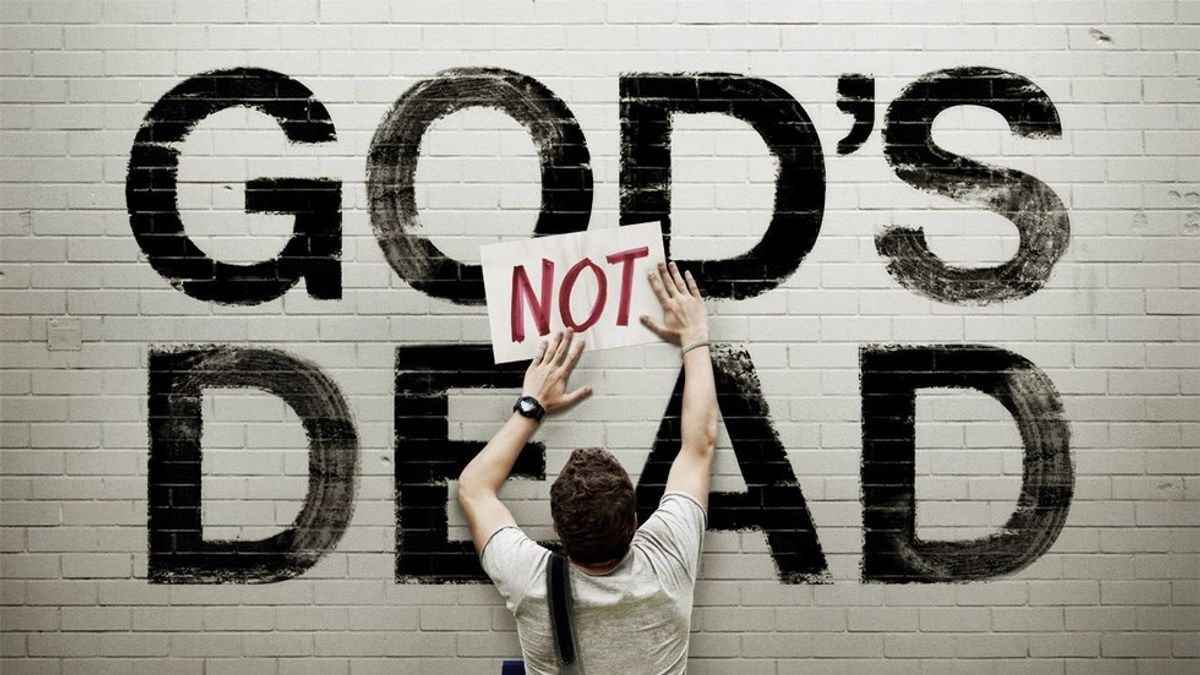 Lately, more and more Christian movies have been coming out. The release of God’s Not Dead in 2014 seemed to spark a trend of faith-based movies being produced, many of which being created by the film company Pure Flix, a company that has since started a Netflix-like movie service for Christian movies. However, many Christian movies receive mostly negative reviews from critics, and despite being a Christian myself, I agree with the criticisms. Here are some problems that can be found in most Christian movies, and why they’re problems.

1. Atheists are always the bad guys.

Christian movies, especially those produced by Pure Flix, never leave you feeling surprised or emotional or like something you didn’t expect to happen happened. They’re predictable. For example, at the end of God’s Not Dead, the Newsboys performs a concert which every character who appeared throughout the movie attends, at which time they perform a song titled God’s Not Dead and make a shout out to the main character. Could this be any more cheesy? Because Christian movies have such unrealistic themes, they are not taken seriously by audience members, contributing to their poor reviews.

I don’t know why they do this, but many Christian movies feature unbiblical statements and ideas, ones that are cliches to a world who doesn’t read the Bible. A popular scene in God’s Not Dead, for example, shows a character’s elderly, senile grandmother stating that sometimes Satan lets people live easy lives so that they will not turn to God. This idea is incredibly false when viewed in light of the Bible. Satan does not have nearly that much power over humans, and certainly does not have more power than God.

4. They are, often, poorly funded, resulting in a lack of quality.

Would a Christian movie ever receive as much funding as popular secular movies, such as Batman v Superman? No. Because of this, they feature unpopular, sometimes untalented actors, poor special effects, and overall a lack of quality. However, they are held to the same standards as any other movie, and are criticized likewise.

5. They always start with a voiceover.

Have you ever noticed that most Christian movies start with a voiceover from the main character while an arbitrary scene of clouds or city life floods before your eyes? Pay attention next time you watch one; I can almost guarantee the voiceover will be there. Voiceovers aren’t inherently bad, per se, but when Pure Flix includes them in pretty much every movie they produce, it gets a little cliche and predictable.

6. They are marketed directly toward Christians.

Would a movie featuring grumpy atheists really appeal to atheists? No. Christian movies are marketed and directed toward people who are already Christian, even if they make it sound like they aren’t. An apologetic movie like God’s Not Dead, focused on proving the existence of God, would make a lot more sense when marketed toward people who do not believe in God, but when you make those people look stupid in the movie, it isn’t doing them any favors.

I’m not saying all Christian movies are bad, and even the ones that fit every above criticism can still be enjoyed as heartwarming flicks. However, in a society that has become so advanced in filmmaking, Christian movies have seriously fallen behind. They aren’t helping anyone to come to Christ and are instead the laughing stock of modern film critics. It’s time for a change.