6 Biggest Challenges Faced By Refugees and Immigrants in the US

Life in the United States is not always a walk in the park. 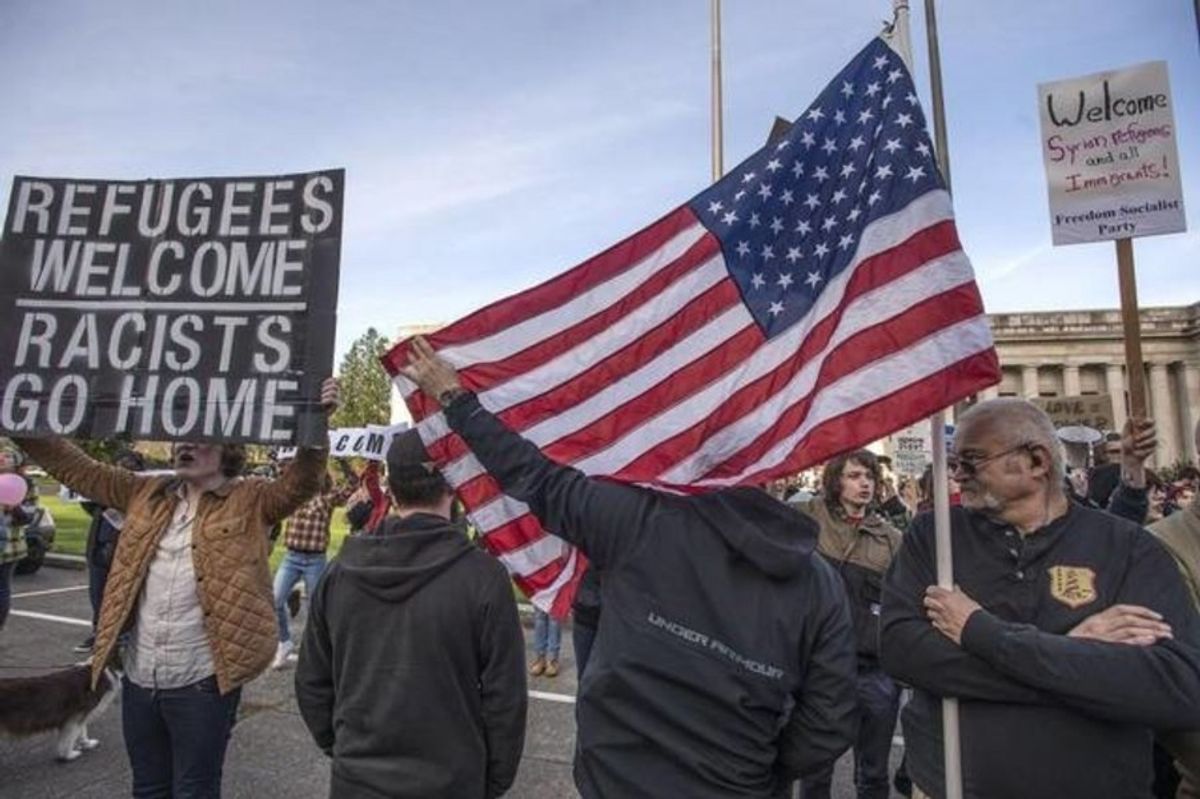 The United States of America is called the “melting pot” because there are all different types of people anywhere one looks: African Americans, Africans, Native Americans, Asians, Middle Easterners, Asians, Pacific Islanders, Europeans, Hispanics, Whites, the list is endless. The number of refugees in the United States is about 1.8 million since 1980, with about 40,000-75,000 refugees arriving annually. Although people come to America in hopes of a better life for them and their families, this is not always met without any hardships and difficulties.

In a country where English is the predominant language that is spoken by the population, immigrants and refugees have no choice but to learn English in order to be able to find a job, go to school and communicate with others. Although ESL classes are provided, refugees can meet difficulty in being able to find transportation or have time to leave their families and jobs to attend.

As a refugee without the needed skills or education for a profession, finding a job can be a struggle. They find themselves working odd jobs with late hours, no benefits, and low pay. Where some refugees had degrees and occupations as engineers, doctors, and educators in their home country, coming to the United States they are unable to easily have the same status. Others find it tough being able to communicate in English while on the job. It also is not an easy process to be able to enter the country, learn English, secure a job AND try to work your way up the profession ladder, so this can cause great frustration.

Refugees who have children in school go to great lengths to make sure that they are exceeding in their education. Some children find it hard to succeed in school when they feel they are behind everyone else and cannot get the help they need. This can be tough when the parents are not well educated in the subjects or are fluent in the language to assist their children from struggling in school.

While one gets used to their own culture and way of life, upon arriving in the United States refugees can’t help but feel a little out of place at times. Cuisine and religious practices can act as cultural barriers. American cuisine mainly is known by its intricate use of meat, specifically pork. For Jews and Muslims, who are only allowed to eat meat that is specially prepared, dietary restrictions are not easily met in the United States as they are back in home countries. Muslim women who wear the hijab alongside American women, those who stop in the middle of what they are doing to pray, and fasting during special holy months may not always be a common practice in America and can catch people off guard.

To live in a new country that is unfamiliar is not so light on the heart. Many refugees leave behind the familiarity of their dearest friends and family for a chance at a new life. If coming from a country that is unsafe and a war-zone, visits are not always accessible and worries about their family’s safety will always be on refugee’s minds. By being overwhelmed with sadness and longing to be with loved ones this doesn’t assist in making life easier.

Although America is a melting pot and welcomes all types of people, unfortunately it is not exempt from racism and discrimination. Refugees may be seen as the “other” by some for being different in skin color, culture, language, or in the way they look. In school, children of refugees may face bullies for having not knowing English, speaking with an accent, or dressing differently from everyone else. Stereotypes pass through our lives as a disease. Dark colored skin, veils, head covers, accents, and religious affiliations are some factors that raise eyebrows in people who are not well aware of different. Refugees face hardships of trying to fit into American way of life but being met by discrimination for being themselves and not being American “enough”.