5 Reasons To Play The Ukulele

5 Reasons To Play The Ukulele

Because everyone should play this little, portable, easy, and inexpensive instrument. 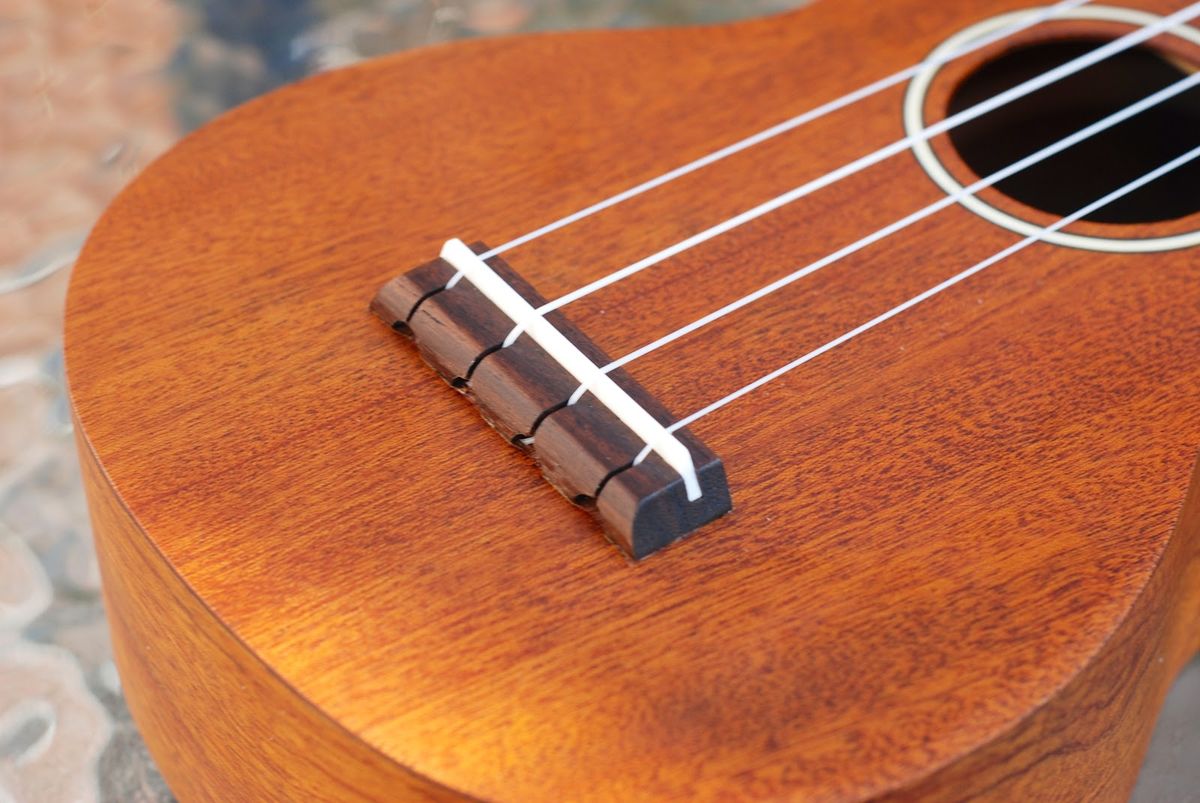 About 9 months ago, I somehow managed to convince my mother to buy me a ukulele. I found it Ollie's and it was only $20 dollars. I figured it was probably decent enough to start to learn on. Even though I went shopping that day with the intent to buy yarn to make hats and scarves, I also brought home a ukulele. Ever since, I've slightly fallen in love with playing and feel everyone needs to at least try to play the uke. Why? Well, let me give you my reasoning.

The size of a soprano ukulele is normally about 20 inches long. It doesn't really take up that much room. Trust me. This tiny little instrument fits in either a ukulele gig bag, which is just a padded soft sided bag to keep your uke in. Or how I carried it around at summer camp, in a small backpack. Mine specifically was a Camelback bag, whose narrower build helped keep it from sliding around as I trekked about my days. If your uke comes in a cardboard box like mine did, I highly suggest keeping that box until you can get yourself a gig bag or case. I even added some extra padding and duct tape to decorate mine.

With the wonderful creation of the internet, learning the uke is fairly easy. There's plently of websites that show you how place your fingers on the fret boards to play various chords, other sites that contain the chords for basically any song you can imagine, and YouTube is full of different channels ran by various people teaching different songs of different genres. Basically, how I learned to play was I picked one of my favorite songs, found chords, learned how to play them and also learned to play it from a YouTube video. Some channels I just watching videos from are TheUkeTeacher, TenThumbsPro, and Dylan Laine. But a simple search will find you many more, you just have to pick which you like best.

3. A lot of songs use the same chords.

If you pick the right song with the right chords, you've learned more songs than you think. For example, a lot of songs use the chords of: Am (A-minor for all those non-music people reading this), F, C, and G, in some order. There's even a girl on Youtube named Elise Ecklund, who has posted several videos where she takes four basic chords, like the ones previously mentioned, and makes a mash up of songs that use those chords. If you learn some basic starting chords, you can learn alot of songs fairly quickly and then can progress to harder songs with more difficult chords.

Everytime I grab my uke off where it hangs in my room, it's like an instant stress release. The happy music it makes for sure give off island vibes. And if the thoughts of being on a tropical island can't help you destress, are you even human? Who doesn't like the idea of being able to transport themselves to a tropical hide-a-way? Research even backs me up on this. According to LiveScience.com, Research shows that making music can lower blood pressure, decrease heart rate, reduce stress, and lessen anxiety and depression. Now, with all these benefits, how could one argue that playing the uke isn't the greatest thing ever.

You could be lucky like me and find one at a baragin outlet like Ollies. But you can also find them on Amazon. It's said around the interwebs, you should spend between $50 and $100 dollars on a ukulele, but honestly spend what you feel comfortable with. On Amazon, there's some with 4 and 5 star reviews for under $30. Just read the reviews and be a smart shopper. If you think you aren't going to like playing, don't go out and drop $100 dollars, spend more like less than $30. If it turns out you don't like playing, you can either give it to a friend or sell it. Totally your choice. But I doubt you'll not like it. It's pretty great. :)

So, if these five reasons aren't enough to convince you to even try playing the uke, let me know. I have more but I decided to restrain myself. I don't want a repeat of my article about Disney songs... that got out hand really quickly. If you enjoyed this, be sure to check out my other articles.