5 Major Chocolate Companies That Use Child Labor
Odyssey
CurrentlySwoonLifestyleHealth & WellnessStudent LifeContent InspirationEntertainmentPolitics and ActivismSportsAdulting
About usAdvertiseTermsPrivacyDMCAContact us
® 2023 ODYSSEY
Welcome back
Sign in to comment to your favorite stories, participate in your community and interact with your friends
or
LOG IN WITH FACEBOOK
No account? Create one
Start writing a post
popular

How much child labor is in the chocolate bar you're eating? 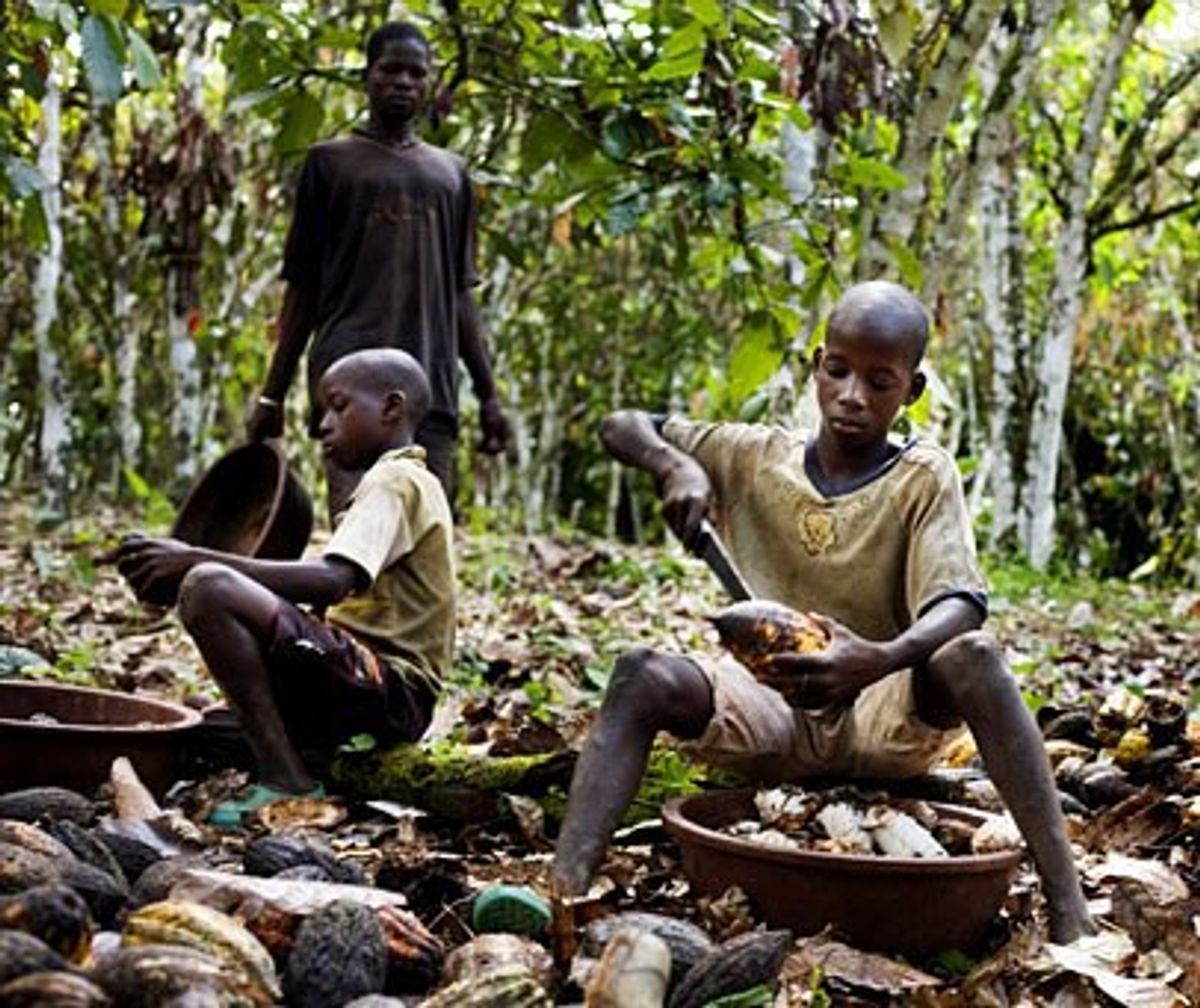 Child labor is prominent in areas of West Africa on cocoa farms. These farms will work children as young as six for extremely long hours for very low amounts of pay, sometimes less than $2 a day. Areas such as the Ivory Coast and Guana produce around 70-percent of the world's chocolate. Many young children are forced to work with dangerous equipment like chainsaws and machetes. These are five major chocolate companies that use child labor.

Hershey is the top chocolate producer in America, and produces popular candies such as Reese's Peanut Butter Cups and York Peppermint Patties. Hershey purchases its chocolate from the Ivory Coast, and has acknowledged that it understands that child labor is implemented to make its product.

Fowler's Chocolate claims to condemn child slavery, but their candies like their famous sponge chocolate are made with cocoa produced on the Ivory Coast.

The brand's code of conduct prohibits child labor in their practices, however, it has personally done research and found more than 3,000 children are working on the cocoa farms that produce its chocolate. Some of the company's most popular chocolate bars are Butterfingers and Crunch Bars.

Godiva is one of the leading boxed chocolate brands and sold in stores such as Bloomingdale's and Macy's. Godiva has stated that it plans to purify its supply chain by 2020, but has not stated any concrete steps to make this happen.

Mars produces candies like Twix and Snickers bars. Mars has acknowledged the practice of child labor and has stated that by 2020 none of their chocolate will be made by means of slavery. The company believes that this is a "realistic time frame" due to the large amount of cocoa farms and the difficulty of purifying all of them.

Consumers can help to end child slavery by avoiding these companies' products, thus pressuring them into reform.

Nicole Marie Nigro
Individual Creator
8475
c1.staticflickr.com
Where to start...... Let me start with the cliche that life throws us curveballs and what we do with it is what counts.