Did you know that Dante is a Xolo? Now you do. 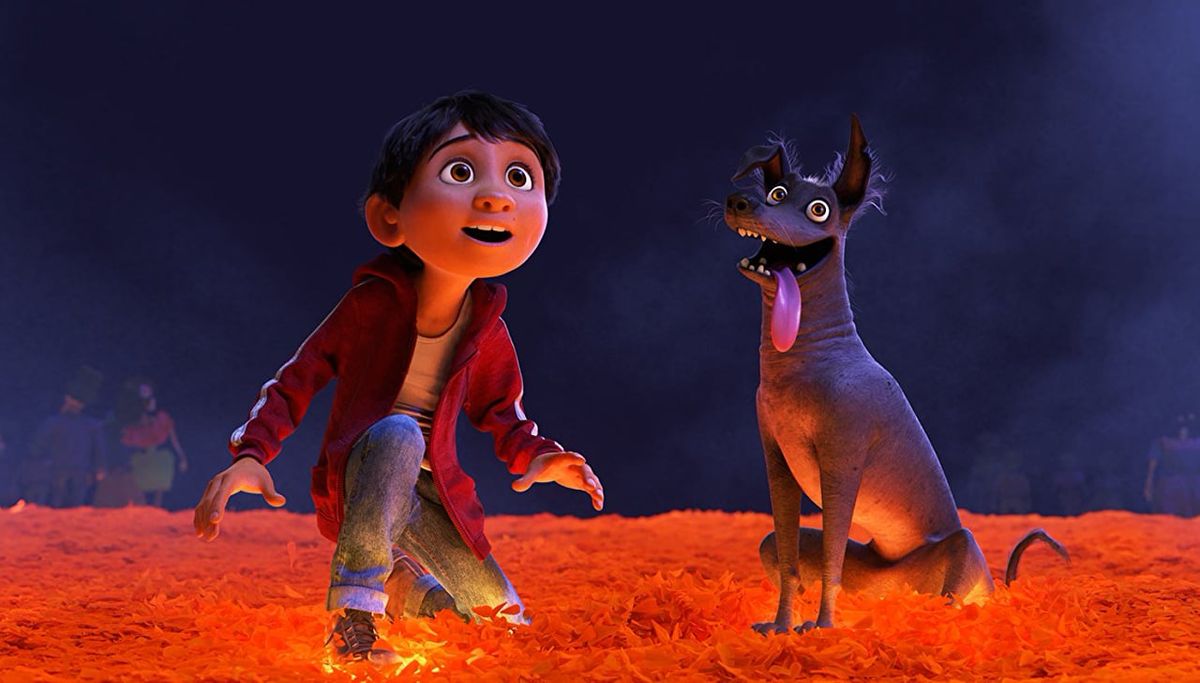 "Coco" is definitely one of the most memorable and beautiful movies I've ever seen. It's full of vibrant colors, lovely songs and the wonderful plot will make you want to watch it again and again.

The movie follows the journey of 12-year-old Miguel who has a passion for music, but his family disapproves it. During Day of the Dead, he is transported by accident to the Land of the Dead and seeks help to get back with his family.

It is centered in Mexican culture and traditions while emphasizing the importance of family and following your dreams. Here are five facts about the movie and its Mexican references that you should know. If you haven't seen it, don't worry: none of these are spoilers!

“Coco” takes place during Dia de los Muertos (Day of the Dead), a Mexican tradition celebrated on November 2 to commemorate those who passed away. The movie makes an accurate representation of this tradition and portrays it beautifully. This tradition is of the most celebrated in Mexico and has been transmitted through generations.

Altars are built to remember them and are decorated with sugar skulls, candles, the typical bread known as Pan de Muerto, papel picado (paper cut out in different patterns) and beautiful marigold flowers called Cempasúchils. The pictures of the deceased are added along with their favorite food and most precious items. It is believed that the spirit of the dead come to the land of the living and enjoy what was prepared for them.

In the movie, young Miguel idolizes singer Ernesto de la Cruz and wishes to become just like him. Besides being a famous singer, De la Cruz was a very popular actor and passed away in his prime years of fame.

This character was inspired by great artists of the Golden Age in Mexico’s Cinema: Jorge Negrete, Pedro Infante and Javier Solis. These three are iconic artists and are constantly remembered in Mexico for their unforgettable performance and remarkable voices.

3. The setting was inspired by actual towns in Mexico

"Coco" is set in the fictional town named Santa Cecilia and looks really similar to a real Mexican town. For this, the Pixar team traveled to Mexico for almost two years and visited places such as San Miguel de Allende, Guanajuato, Mexico City, Oaxaca and Michoacán.

Besides constantly traveling to Mexico, they referred to Latino cultural consultants in order to represent the setting, the culture and the tradition accurately.

Alebrijes appear in the movie as spirit guides. These fantasy colorful creatures are characterized by having different animal parts. Alebrijes aren’t associated with Dia de los Muertos but were added to the movie because of their Mexican origin and vibrant colors.

They were created in the 1930s by Pedro Linares, a paper mache craftsman from Mexico City. Frida Kahlo and Diego Rivera were constant customers of his. Linares states that he dreamed of these creatures and heard them say “alebrijes," hence their name. He decided to bring them alive with paper mache and sell them. The Oaxacan Alebrije style was later developed by Oaxaca native Manuel Jimenez and is distinguished by wood carving.

In the movie, Miguel is often accompanied by Dante, a street dog who follows him everywhere he goes. Dante is actually a Xoloitzcuintli, or Xolo for short.

Xolos are also called "Mexican hairless dog," and are a very old Aztec dog breed. As the nickname depicts, they are usually bald and described as being loyal.

I told you there would be zero spoilers! If you haven’t watched "Coco," I encourage you to hurry to the movie theaters. Especially taking these facts into account, I'm 100 percent positive you will enjoy it to the fullest!