"If now isn't a good time for the truth, I don't see when we'll get to it." — Nikki Giovanni 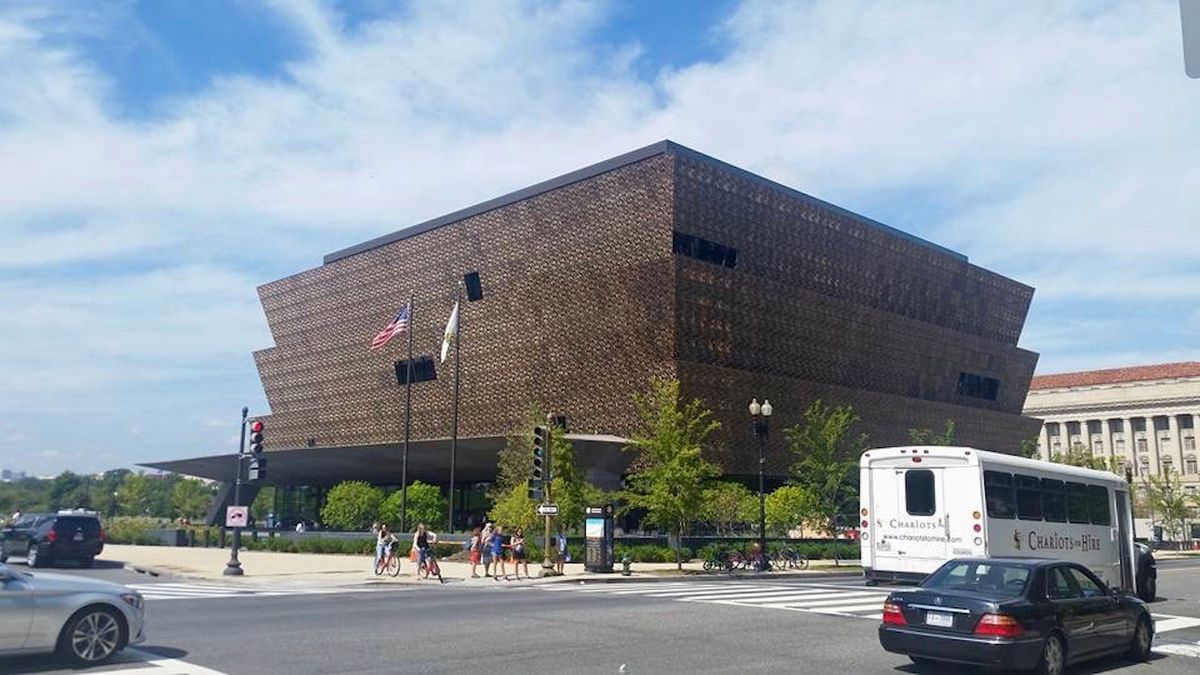 While on my trip through the museum, there were many things that stood out to me that I felt needed to be shared with others due to the sheer fact a lot of American history disregards black history.

1. Abraham Lincoln wasn't the knight in shining armor everyone makes him out to be.

Despite popular belief, Abraham Lincoln was not writing the Emancipation Proclamation to "free black people." Lincoln stated himself that his sole purpose was to save the Union and not the save or end slavery. He "resolved" to free slaves as a military tactic due to the fact the Union was suffering years of defeat. This was a proposal he hoped that would force the South to remain in the Union.

Lincoln went around preaching how "all men were created equal" but didn't believe whites and blacks should have the same social and political rights. He even stated himself, “I will say then that I am not, nor ever have been, in favor of bringing about in any way the social and political equality of the white and black races,” in an 1858 debate.

Once slaves were free, Lincoln intended for them to be sent to Liberia. If it wasn't for black abolitionist who met with Abraham Lincoln and many others who consulted with him, who knows what would have happened.

He does not deserve the god-like status America seems to love to give him.

Susan B. Anthony is credited with being a leading figure during the women's rights movement. During this time was when she stated, "I will cut off this right arm of mine before I will ever work or demand the ballot for the Negro and not the woman." Even if you don't want to believe the quote, notice how the women's movement left out black women. Technically if you're fighting for women's rights, wouldn't that include black women?

There were many other figures that fought for women's rights. One being Sojourner Truth, who deserves all the praise and recognition Susan B. Anthony seems to get. She was an amazing leader who is also known for her "Ain't I a Woman?" speech.

Bayard Rustin was one of Dr. Martin Luther King Jr. right-hand men. He was the person behind the organization of the March on Washington where MLK gave his famous, "I Have A Dream" speech. Believe me, no discredit towards MLK but it's so sad to me that we showcase MLK as one of the only advocates for the civil rights movement when that wasn't the case. There were so many other amazing and incredible black leaders, one being Bayard Rustin.

You rarely learn about Bayard Rustin or ever hear people giving him credit for being in charge of the largest demonstration this country has ever seen. Why? Well for one reason, Bayard was an openly gay man and this did not sit well with his fellow black advocates. Hypocrisy much? Bayard did just about as much boycotting and standing against oppression as MLK did yet we never heard about him due to the fact Homophobia almost erased him from history.

He even stood for gay rights towards the later years of his life. So why are so many other black leaders left out of history books besides Martin Luther King?

4. Black Power and other Black movements emphasize self-reliance and self-determination.

Sad that this even has to be cleared up for a majority of individuals but Black movements and organizations were not created to offend white Americans and making it seem like blacks are better. These movements are created to secure African American human rights and creating political and cultural organizations that serve our interest. This includes teaching black history correctly and that we should have the rights to lead our schools, businesses, governments and other community services.

This also includes celebrating black accomplishments which we rightfully deserve the rights to do due to the fact we have suffered and continue to suffer oppression, something White Americans do not face and need to realize.

5. The civil rights movement and black power influenced others.

African Americans fight for change and equality inspired/encouraged other groups to organize for change. These groups include American Indians, Asian Americans, Chicanos, Puerto Ricans, women, and members of the LGBTQ community.

Each of these groups stood/stand against oppression, directed different marches and invoked the language of their rights as Americans.

Although I learned loads of other things, these are five points that truly resonated with me due to the fact I strongly believe others need to wake up to the fact African Americans are not correctly portrayed in history books and that we deserve to fully have our stories heard one day.