25 Songs That Were On Your iPod In Middle School
Odyssey

25 Songs That Were On Your iPod In Middle School

A little bit of nostalgia for the days of attempted makeup and duck face selfies. 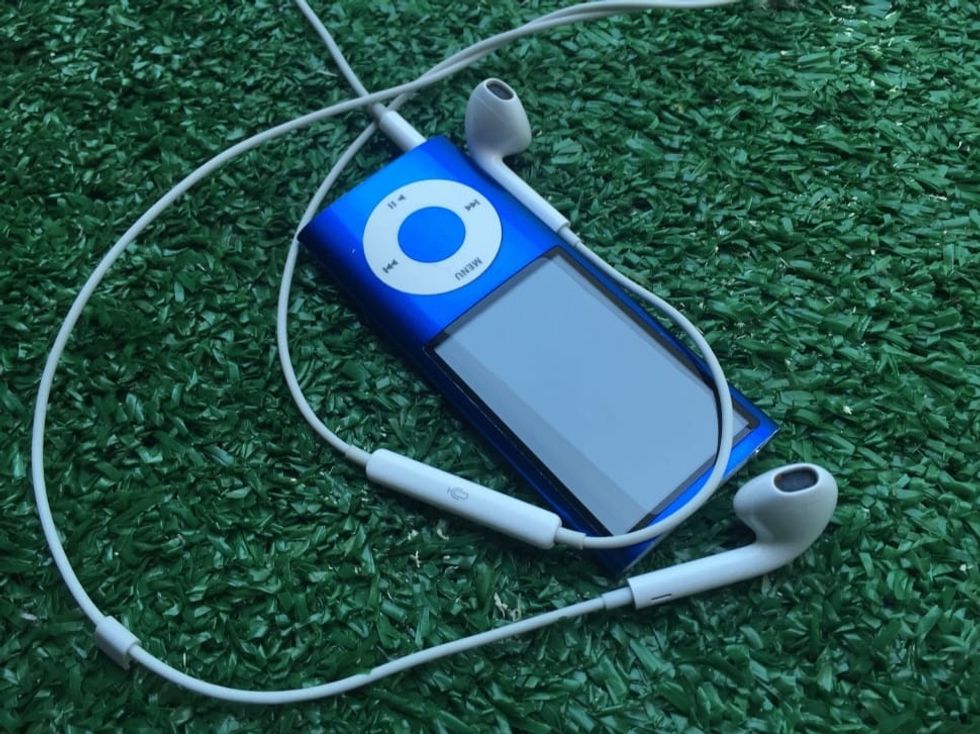 I miss the good old days- going to seven class periods a day, straight to practice after school, getting home around 8 pm, then having to shower, eat, do homework, and try to have a social life...all by 10 PM (because you had to get up at 6 AM the next day to be on time for school).

OK, so maybe those weren't quite the "good" old days, but at least you had your trusty iPod to take your mind off of the chaos of middle school. Remember the "wheel"? Half the iPod had four buttons, the other half a 144p, 2-inch tall screen that was normally smudged with Chick-fil-A grease. But hey, that's what was "in" at the time. Time to go down memory lane and listen to 25 songs that were most likely on that little device with 8 GB of memory.

Imagine it: your sports team just made state playoffs. It was a close game, you were neck and neck the whole time. Finally, your star player (even better if this was you) makes the winning point! Everything is good in the world. You blare this song on the bus speakers on the way home, and go eat Waffle House at 2 in the morning for celebration hash browns.

"American Honey" by Lady A

This one is for the country guys and gals out there. If you grew up in the South, chances are, this song played on the radio every day for a week straight. The chill vibes of Lady A just speak to the soul. So of course, you had to buy the whole album to put on your iPod.

If you ever considered yourself to be "edgy", this was probably in your top 10. The lyrics were just so relatable, and no one understood you, you were "quirky" and "different"...just like the millions of people who downloaded this song when it first came out on iTunes.

Have you ever had your best friend stab you in the back, only to come back the next day and act like everything was fine? Then this song was definitely for you. "This time baby, I'll be bulletproof," meaning that if you ever go to Chelsea's house behind my back again, we're done. (Any names corresponding to real people are purely coincidental).

This one was definitely on your "Summer Road Trip" playlist, especially if you weren't going to California. But the imagery of sun bathing and sipping cold drinks was enough to satisfy your beach cravings. It's also one of the catchiest songs on this list, so of course it would get stuck in your head.

"Club Can't Even Handle Me" by Flo Rida

Even though we were all to young to go to the club, this song sufficed to give us that hint of being an "older kid" and going to parties. This song probably played at your middle school dance at least twice.

This was the ultimate party song. Whether you played this song on Just Dance for the Wii, or if you were actually cool enough to go to a party, this one was a bop. Or whatever kids call things these days.

I don't know if it was the bubbly nature of this song, or the fact that it was such a pleasant thing to listen to, but this song was everywhere. It was upbeat and fun, perfect for dancing in your room when you probably weren't supposed to be awake.

"Forget You" by Cee Lo Green

Ah yes, the perfect song to angrily sing to when your best friend steals your crush. I mean come on, she KNEW you had liked Jonathan from biology class for at least a week- how could she do this to you? Ugh, I guess Caleb from social studies will have to do.

"I Gotta Feeling" by The Black Eyed Peas

This was the song you jammed out to on the way to a football game or pep rally. It would always put you in a good mood, no matter how crappy your day was or how much homework you had for the weekend. This song always meant it was about to be a good day.

"I Write Sins Not Tragedies" by Panic! At the Disco

The ultimate quirky song of the era. Panic! At the Disco started out as an odd, outside-of-the-box band, while their current music fits more into the pop-punk category. If you listened to them at their most unique point, you've probably earned a veteran's discount at this point.

"If I Die Young" by The Band Perry

"Just the Way You Are" by Bruno Mars

The hopeless romantic song every guy attempted to sing for their girlfriend, only for her to break up with him a week later because he was hanging out with Jessica.

Fringe bangs, bright orange eyeshadow, and smudged eyeliner- the three most important parts of a Paramore fan. I think everyone tried to copy Hayley Williams look at some point, but to no avail. All we got was choppy hair and the aforementioned eyeliner.

"My Immortal" by Evanescence

This one is for when you dramatically fall across your bed and cry, then act like you're in a music video. You can still feel the emotion in this song, no matter how 2000s it is.

"Not Afraid" by Eminem

TBH- most of Eminem's songs are great hype songs. I mean come on, who doesn't get fired up when they hear this?

Speaking from personal experience, this is a great song to listen to when you're just mad at the world, when no one listens to you, or when you feel like you just don’t care anymore. I'd call this one "middle school senioritis".

If you've never danced around your house singing this song (or any Lady Gaga song TBH) into a hairbrush, you're either lying, or not living your life to its fullest potential.

This is the epitome of the word "party" (hence the title). You play this at any middle school dance or party in 2009, every girl there is going to lose her mind.

You either only know the chorus to this song, or the entire thing. There is no in-between. Hit it, Fergie.

Does anyone even know what was going on with this song? Where it came from, or why everyone suddenly dropped what they were doing and violently swung their torso back and forth? Either way, we all did it at least once.

The song from 2009, not the wannabe replacement for Vine.

"Welcome to the Black Parade" by My Chemical Romance

*Insert G note* The song to top all emo songs, guaranteed to make every middle schooler cry at least once. Followed by the fact that no one understands them, and it's not just a phase, Mom! Let me dye my hair black and wear ripped jeans!

For the farmers out there, even though you were probably about 12 and didn’t even own a tractor. But hey, it's nice to pretend, right? Grab your cowboy hat and some boots cause it's time to hitch a ride on the ole John Deere.

"You Belong With Me" by Taylor Swift

Remember Jonathan from biology class? This one's for you. And Caleb from social studies, Tyler from algebra, and Adam from English class. In other words, I'm single, any takers?

Although middle school sucked for many of us, at least we can look back and enjoy some of the songs that are honestly still catchy today. Let's just maybe skip the memories of puberty. *Shudders*. Gross.