Give little Rhody a chance. 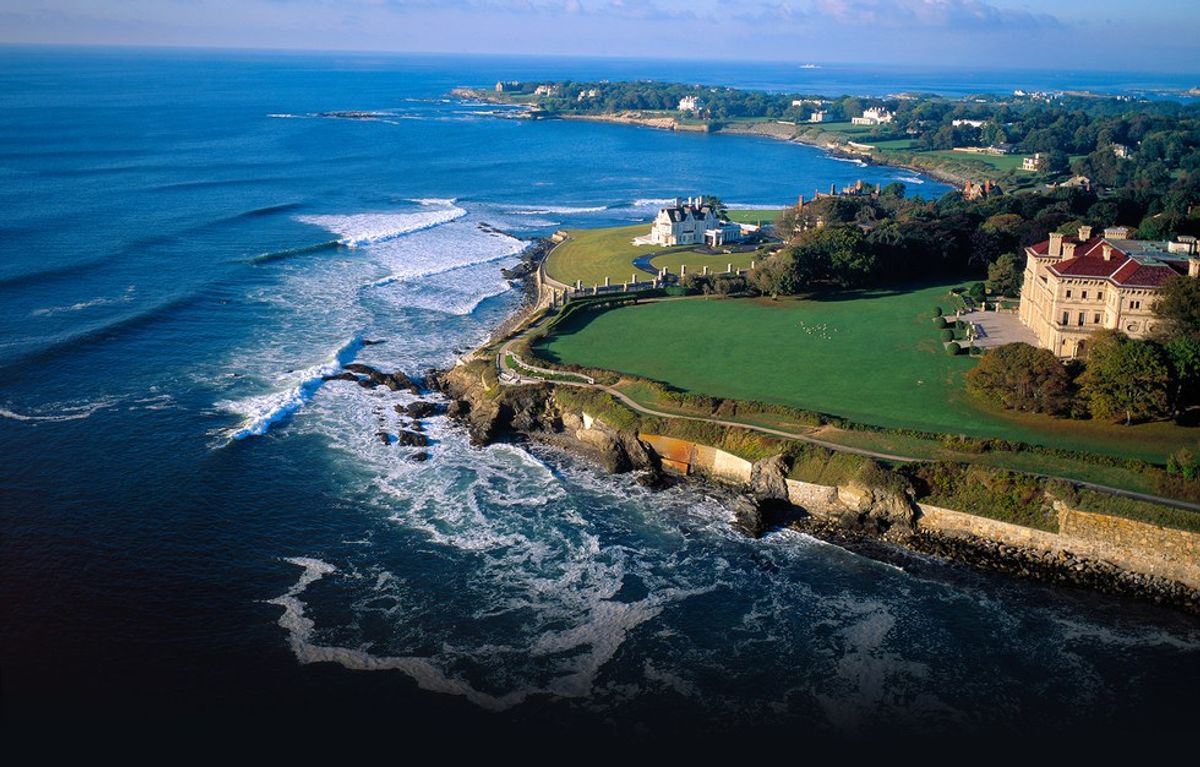 What's so good about something called awful? f*ck you.

1. Autocrat is literally in every house in Rhode Island even if milk is not.

Coffee milk is life, not ball.

2. Boyfriends come and go, so chances are you've dated your cousin's best friends brother by accident.

Small state problems. It's happened to the best and worst of us, but we don't hold it against each other all the time.

3. You literally grew up with the people you went to high school with.

Even if you went to a chartered school in another town, you had baby pictures with one of your classmates.

4. "Fuck the police" doesn't apply to most of our cops.

You never hear about RI in the news for unwarranted police shootings, they're mostly nice guys on the Providence Police Force.

5. You literally cannot stop laughing at the state troopers outfits.

They have puffy pants. "Ma'am do you know why I pulled you over today?" "No but can I take a selfie with your parachute pants?"

Providence is the number 1 food city in America. Suck it NYC.

Let's take a trip to RISD and look at the cool shit for like 10$. Or free on Sundays.

We have the most coastline per mile for any state. Suck it Cali.

9. Coffee? Dunkin Donuts is on every corner, literally.

I'm not even kidding. If you've never been to RI you're going to be shocked when you see three successful Dunkin Donuts on corners that literally stare at each other. And everyone has a preference as to which they'll go too.

Don't be discouraged by the name Sweaty Betty- it's got some of the best coffee you could ask for. But FYI "they moved down near the corner of Charles and the Irish Pub not next to the Walgreens no more."

*Orders a medium with whipped cream, gets a small straw.

Ever see all our allies run around in uniform and then hit the bars after? Yeah, it's interesting.

Fuck every other state. We have Iggys and they don't. Period end of story GOODBYE.

14. The Big Blue Bug get's more dressed up for holidays than college students.

That bug wears some befitting bowties and lights.

15. We're the only state that has awful-awfuls.

They're not awful. And they're found at the lovely chain "Newport Creamery" where they put mozzarella sticks in a grilled cheese. GENIUS.

THIS IS THE MOST IMPORTANT ONE OF THEM ALL.

18. We also have the top rated art city as our capitol.

It's pretty cool to see new pieces of artwork every week being put up around the city. Makes the place feel hip.

19. We have no chronically homeless veterans.

Our support system for the homeless and our veterans has teamed up and taken all *willing* veterans off the street and put them into programs of detox and rehabilitation. As of April, RI was free of homeless veterans. ***any exceptions to the rule were unwilling to compromise with the programs that were set in place.

20. We have an old battleship.

I just think our old battleship at Battleship Cove is cool looking.