Reasons why 1Q84 is perhaps the greatest literary mystery and my favorite book. 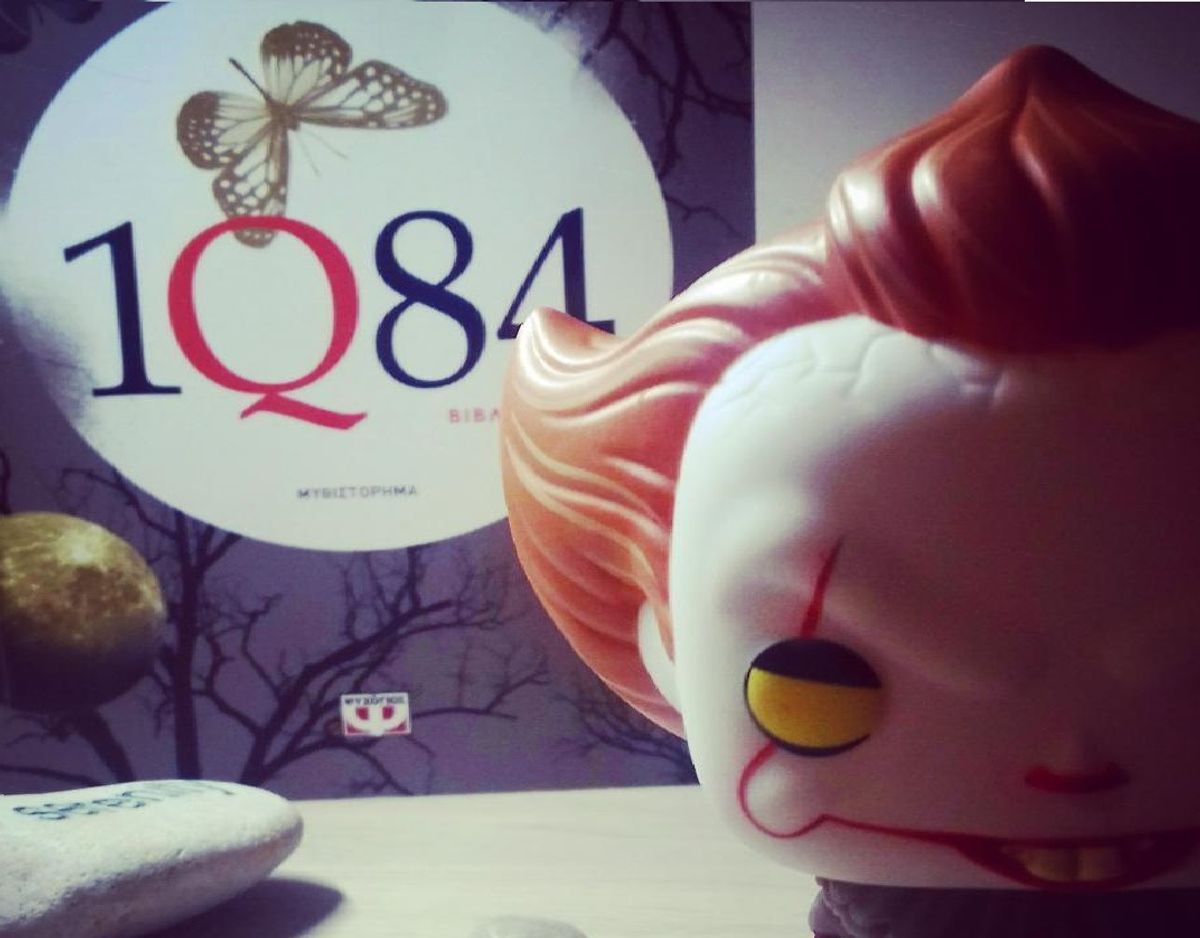 I have to admit I often find Haruki Murakami’s 1Q84 reclining against my bookshelf in all its bare realism and eroticism.

I could recite to you every detail of Aomame’s first encounter with the world of 1Q84: a heterodox where two moons float (you might think the archetype science fiction, but I promise I will later prove you wrong) and essential guardrails stationed on Tokyo’s Metropolitan Expressways - but not when the opaque is left indecipherable.

Mr. Murakami is known for his odd and troublesome organizations. He is also known for his inconsistencies. While his stories tend to fall into vague allusions, Murakami is still a skillful artisan who leaves his readers (eventually) in awe. Of course, 1Q84 does not disappoint. There is a given inkling of George Orwell's 1984 just by its title. The notions of "Big Brother" and surveillance linger throughout the story as Murakami crafts his lengthy dystopia. Many find 1Q84 a banal series of reiterations, yet, its aura lies in the contrast between the ordinary and its sci-fi setting.

Submerged within Murakami’s Tokyo, it is to my chagrin that I fall to a conclusion - it was not the star-crossed lovers Aomame and Tengo, the mystical cult, or the equally fascinating Orwellian references that furrowed my brows and ushered my troubled mind into both awe and turmoil. Albeit the loose ends and boring protagonist, I find myself even more entrenched as I indulge further into the inking of a genius, one who refused the petty obligation to abide by any metrics.

Perhaps, after all, standards do not apply to a parallel universe where even the slightest detail belongs to a shattered piece of stained glass, ultimately impenetrable and coherent. Like a book confined in a cosmos, 1Q84 is governed by the loose organization, erratic shortcomings, and unexplained redundancies which resulted into expansive questions targeting the cornerstones of human ethics: what is the beginning and what marks the END? A passive work of conceptual art, defining the triviality of Tokyo’s most mundane inhabitants, 1Q84 is an epitome of grand epistemologies, oftentimes too esoteric and aloof, made reality.

Murakami is a modern-day inquirer, one who is shrewd enough to ask the deepest questions I fear, uncover my conflicting egos, and scramble me like an unfinished omelet. With my toes curled and snugged securely in fuzzy socks, I wallow within the sinister dystopian of my literary dreams.

Caitlin Marie Grimes
University of South Florida
11707
Beyond The States