16 Derogatory Words Used To Describe Women
Odyssey
CurrentlySwoonLifestyleHealth & WellnessStudent LifeContent InspirationEntertainmentPolitics and ActivismSportsAdulting
About usAdvertiseTermsPrivacyDMCAContact us
® 2023 ODYSSEY
Welcome back
Sign in to comment to your favorite stories, participate in your community and interact with your friends
or
LOG IN WITH FACEBOOK
No account? Create one
Start writing a post
Politics and Activism

Too ambitious? A negative personality trait? That's cause you're a woman. 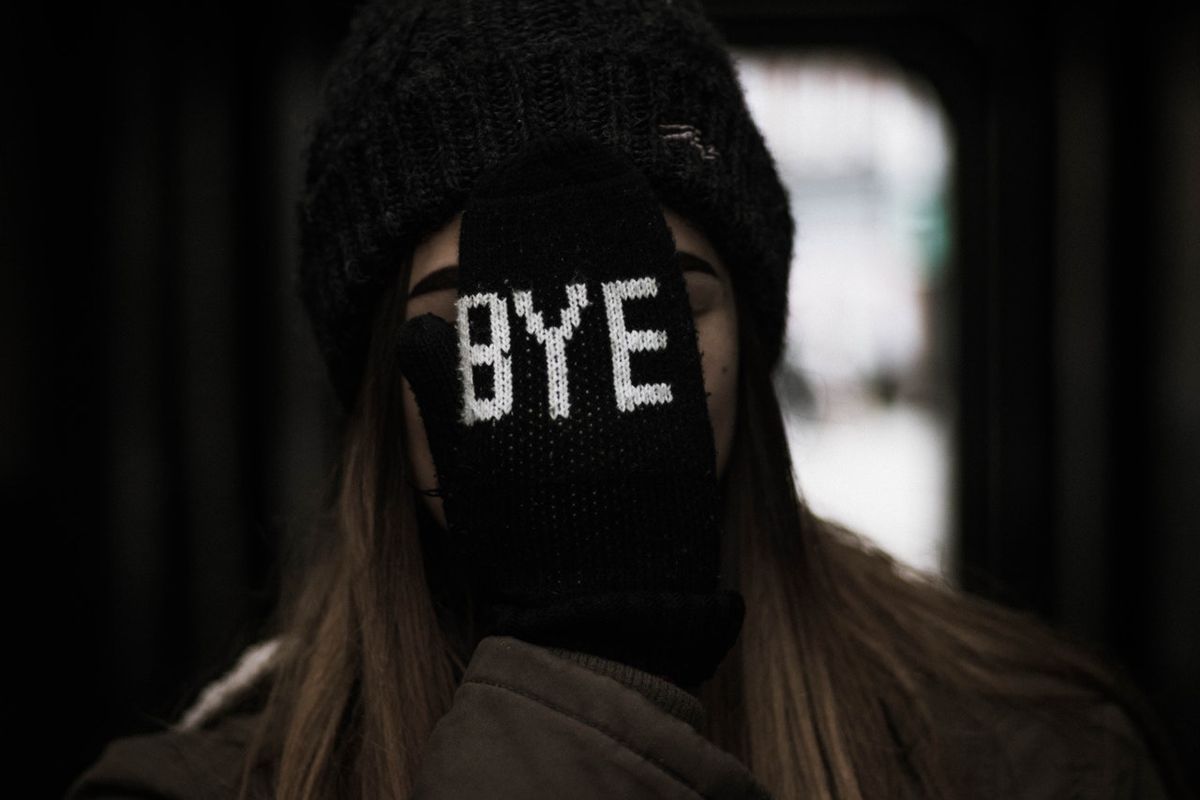 Growing up, I was called “too ambitious,” “feisty” and “bossy” by professors, peers and family. These words were thrown at me and lead me to break my determination, extinguish my passion and hinder my ability to lead. I never truly realized the extent of the effect these words had on me until I attended college and learned that I was purposefully holding myself back because of words people described me with, as I was being told me to be less of myself.

The following are just a few among MANY:

Usually refers to someone, male or female, who is simple-minded and vapid. Now, mainly thanks to the media it’s come to be synonymous with this type of woman, who aspires to dye her hair yellow (If you've read Bossypants you'll understand why I used yellow and not blonde) with extensive knowledge about celebrity life. Uhh dying my hair and having extensive knowledge about Hollywood celebrity life doesn't make me an airhead. #lolnot

Having a strong desire for success. Nothing bad about it right? But when used in accordance to women, being ambitious is not a positive trait but rather one that is frowned upon. Just ask Cara Delevingne and Madonna, two women who have been criticized for being too ambitious. #eyeroll

Irritating or causing annoyance. This word is the up and coming term to describe women in powerful positions. Even Forbes conducted a study where they claimed that "abrasive" appeared "17 times in women's professional performance reviews" and only once for men. Contrary to women, men were actually encouraged to be MORE aggressive. #SMH

A personal favorite of mine. I can't tell you how many times I've been called bossy. While men are called strong-minded and are rarely called bossy, for women it has much less flattering connotation. As Sheryl Sandberg, COO of Facebook claims, "When a little boy asserts himself, he's called a “leader.” Yet when a little girl does the same, she risks being branded “bossy.”

Words like bossy send a message: don't raise your hand or speak up. By middle school, girls are less interested in leading than boys—a trend that continues into adulthood. Together we can encourage girls to lead." #banbossy

Oh yes, on top of being bitches, women can also be bitchy, which basically means being 'malicious or snide.' This word is usually associated women in powerful positions, like a female boss or CEO. Men? Nah, He's the boss, he has an excuse for being mean. #doublestandards

Excited, glowing, animated! Let me ask you something; when have you ever heard a man referred to as being bubbly? Answer: never. Because we're all pretty fluffy unicorns, always excited and batting our lashes at men. #B****PLEASE

Emotional is to Woman, as Emotionless is to man. And why is that you ask? Because maleness is associated with the inability to be in touch with your emotions. Here just in, men have emotions, too. The word is supposed to be gender neutral, applicable to both men and women. But its not. Like ever. #dafuu

If you're a woman and have been called 'high-maintenance' put your hands up! Yes, I'm a woman who loves her manicures, money, traveling and I do have demands. Because cleanliness and having standards and aspirations is a bad thing. Basically, this word is deeply rooted in sexism. #ihavestandards

When have I been called hormonal? Too many times to count. When have I been asked if I'm on my periods? Also countless times. Newsflash, both men and women have hormones, and both can be hormonal. #facts #themoreyouknow

Hysterical is derived from the word Hysteria, a condition that only really existed because male doctors were too lazy to delve deeper into the science of the female anatomy. It applies to women today to basically mean irrational. Because men can't be irrational *cough cough* TRUMP. #SCOFF

I don't like this word. First of all, it's linked to gender, sexuality, and race. It reduces people to stereotypes and is almost never applied to heterosexual men. Also, why does a strong woman have to be sassy? And why can't a straight man be sassy? #WHYUNOBESASSYMEN

When have we ever called a man voluptuous? Answer; never. We call women voluptuous and curvy because the word has sexual undertones. I said I was a woman not a sexual object #knowyourwords

Why does the word "working" have to be separate from mom. We don't say "working dad". If you ask me, it's a derogatory description of the word mom, basically saying that being a mom and being a working mom are two different things. They're not! #upliftourmoms