14 Messages I Get Out of Kesha's New Album "Rainbow"
Odyssey

14 Messages I Get Out of Kesha's New Album "Rainbow"

Kesha's comeback album is something her fans have never seen, and the songs tell us something special. 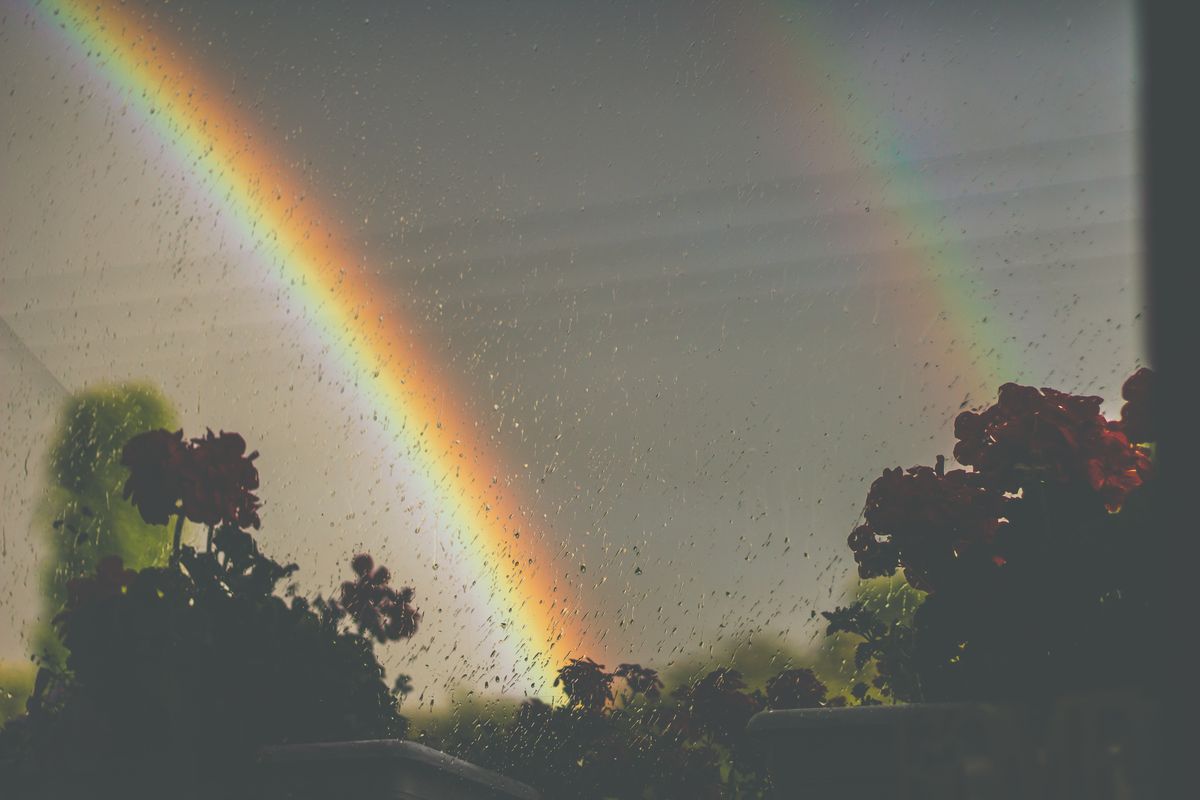 Kesha, after almost 4 years of silence and a trying court case, has finally made her return to the stage. Her new album "Rainbow" is a side of Kesha we fans have never, ever seen. She has shown the world a whole new part of her, and it is more beautiful than anyone thought it could be.

Here are the things that Kesha's album "Rainbow" has taught me, song by song (including verses/choruses). I'll do my best to keep them short, there are 14 songs on the album.

The first song on the album is slower than what we're used to hearing from Kesha. It's talking about rising above those who talk against you, say you can't do things, and ultimately try to kill your dreams. The message behind this song is to keep on living your life, the way you want to live, and to not have the people around you get you down. The chorus goes:

Here we see a little bit of the Kesha we're used to. For me, this song has a very similar meaning to the first one, in a more upbeat manner. This song is basically saying it doesn't matter what people say about you, because you know the real you and what they think doesn't matter. My favorite verse from this song is:

"You, you got your own opinions
But baby, I don't even need to hear 'em
It used to hurt me, used to bring me down
Do your worst, 'cause nothing's gonna stop me now"

Once again we see a side of Kesha no one has ever really seen before. It's an absolutely beautiful song. This song is kind of a call to those who don't have a place, and is welcoming them with open arms. I love this song so much because it talks about being perfect the way you are. The second verse is my favorite part:

"After all we've been through, no, we won't stand and salute
So we just ride, we just cruise, livin' like there's nothing left to lose
If we die before we wake, who we are is no mistake
This is just the way we're made
You know what I mean, you on the team"

This was actually the first song Kesha released off of the album. This song is where her comeback all began. I really suggest watching interviews where Kesha explains this song, because it is such a personal and beautiful story that I can not do justice. The message is so pure. Kesha talks about praying for those who have wronged you, no matter how horrible the wrong (for her in particular it is inference to the one who sexually assaulted her). She talked in an interview about how she prays for him every single day, and has no ill will against him. It is such a beautiful message. I can't pick my favorite part of this song, but for the sake of this article I'll choose the chorus:

"I hope you're somewhere prayin', prayin'
I hope your soul is changin', changin'
I hope you find your peace
Falling on your knees, praying'"

This song is another one of my favorites (the music video is a must watch). Kesha talks about how she has been trapped by her past, and how she's now moved on and become stronger from letting go - which is the message the song holds. As the song says, you've got to learn to let go. The second part of the chorus says exactly that:

"The past can't haunt me if I don't let it
Live and learn and never forget it
Whoa, gotta learn to let it go"

Another Kesha classic love song. While there might not be an initial "message" behind, it talks about never giving up on those you love. In a society where relationships aren't treated as seriously as they once were, to hear a song about always being there for someone is so lovely. The chorus goes:

"I know forever don't exist
But after this life, I'll find you in the next
So when I say "forever, " it's the goddamn truth
I'll keep finding, finding you"

This is the song the album is named after and is right up there in beauty with Praying. This song is all about rediscovering yourself, and becoming your best self. The story of the song talks about being in the dark, lost and confused; and coming into the light and discovering the beauty of your rainbow.

"I used to live in the darkness
Dress in black, act so heartless
But now I see that colors are everything
Got kaleidoscopes in my hairdo
Got back the stars in my eyes, too
Yeah, now I see the magic inside of me"

This is straight up classic Kesha. There isn't really a message behind this song, but it is hilarious. It's basically talking about how if a guy cheats on her, she's going to hunt him down.

"I've never hurt nobody, never buried a body
Never killed no one, no, no
I ain't afraid to get a little crazy
Baby, when I'm in love
You say you've had your fun
And that you're done and I'm the one
Just know that if you mess around
Boy, I'll hunt you down"

Another less serious song. Okay, this song has no seriousness in it at all. It's a really fun dance song, and that's all it's about: DANCING!

This sonf, once again, isn't anything serious like Rainbow, Praying, Hymn, Learn to Let Go, but it's still cute and has a good message. It talks about being scared to be in a committed relationship, and then finding the right person and realizing you want to be with them forever.

This song is defiantly a cute one, once again without a deep meaning to it. This song also features Dolly Parton (making it 100000% better). It talks about relieving memories of "old flames" with a past lovers. I think it's a song every can relate to.

"Like sometimes at night, I think of old lovers I've known
And I remember how holding them helped me not feel so alone (feel so alone)
Then I feel you beside me and even their memories are gone
Like stars in the night lost in the sweet light of dawn"

The shortest song on the album, and with the funniest title, also has a beautiful message hidden in it. You see, this song talks about "dating" Godzilla, and what it's like. The message it holds is that others might not see what you see in a person, and that's okay. What you see in them is what matters, and that's what makes love beautiful.

"While everyone else is running and screaming
I just love being with you
I guess they don't see all the things that I'm seein'
That make you so uniquely you, you, you, you"

The last song on this amazing album. Once again, this song has a sillier title and has a message that isn't clear at the beginning. Kesha is referring to herself as an alien, saying her spaceship will come and get her one day. I see this as another message about being the unique self that you are, and one day you'll find a place where you truly belong.

"I knew from the start I don't belong in these parts
There's too much hate, there's too much hurt for this heart
Lord knows this planet feels like a hopeless place
Thank God I'm going back home to outer space"