11 Video Games You Should Play
Odyssey

11 Video Games You Should Play

A list of video games that I love that I hope if you try them, you will too 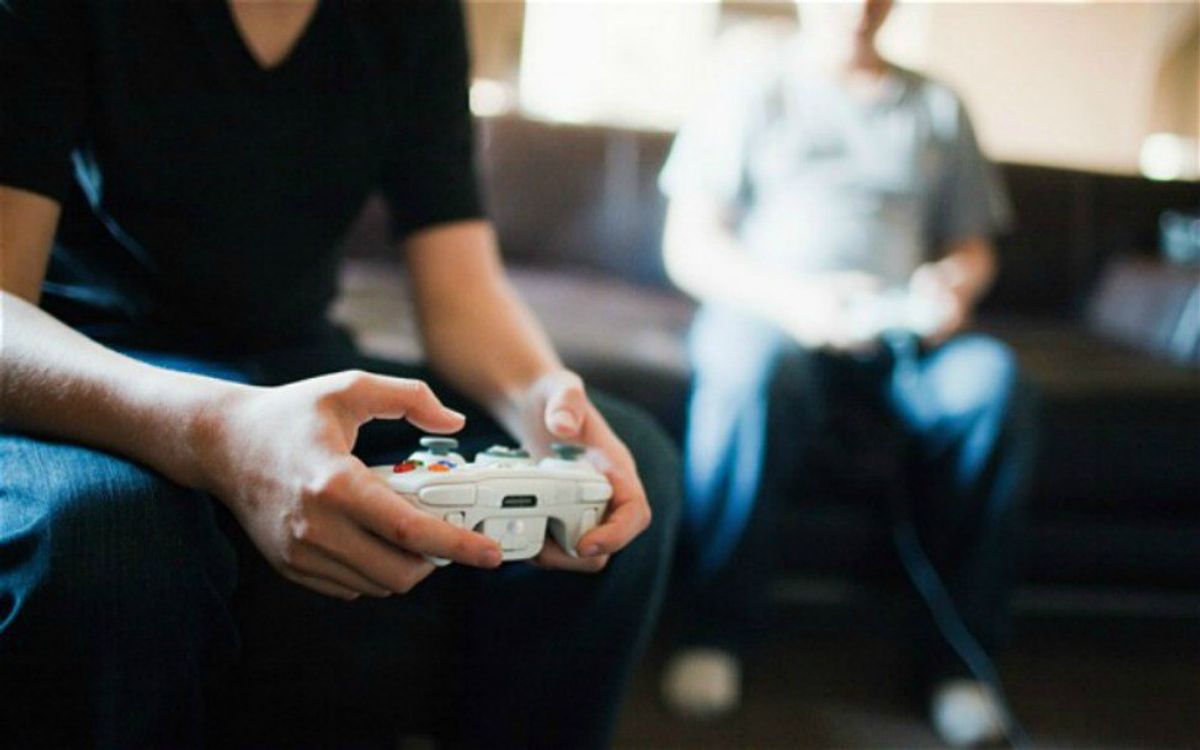 I love video games, especially story based ones. They make a story come to life. allow you to do things you normally wouldn't be able to do, and they even connect you with others. There is so much more to gaming than a person just sitting at their computer screen for hours on end; these games are so impactful. From telling a compelling story to even just giving you a few hours of enjoyment, games have a lot of power. Here are some of my video game recommendations (while avoiding spoilers).

I bought this game just over 3 weeks ago and I have almost 50 hours on it. Yeah, I'm a bit of an addict. If you play this it'll likely consume your life. You play as the town mayor, but you can also make additional accounts so that you can play as townspeople. There is an endless amount of things to do. As mayor you can pass ordinances and create public works projects. You don't have to be a mayor all the time, though. You can talk to townspeople and complete tasks for them, you can go fruit picking, fishing, diving, shopping, make designs, go clubbing...the list just goes on and on. You can even visit friends towns which is the best. It's a great game for all ages.

I expected a simple game, not an hour and a half of my heart being ripped out, stepped on, then put into a shredder multiple times. At first you're just like "okay", then you spend a lot of time being fairly confused but also fascinated. But then it takes an emotional twist. Suddenly, everything makes sense. You connect with the narrator so much more and you feel pity. You feel...sad. You feel sorry for this poor narrator. After finishing, you end up googling a bunch of stuff. I can't tell you what you'd be googling, but I promise you'd end up googling some stuff. It's a beautiful portrayal of trying to make sense of oneself. It's a not just a guide; it's a guide into someone's mind. Is it a helpful one? You'll just have to see for yourself.

Life is indeed strange, especially in this game. It's only set in a few days of time, but they go on forever. There is a supernatural element to it, but the struggles are very human. In just 10 short hours, you'll be taken on a roller coaster. You grow attached to these characters and fall in love with them. You will have to make a lot of decisions, many of which are ethical dilemmas. These decisions have great consequences and they don't get any easier as the game progresses. To what depths would you go to save a friend?

The mystery of the Origami Killer had me on my toes the entire game. I did not expect the killer to be who they were: I felt completely blindsighted. But it's not just about murder, there is so much more to that. We gain insight into the killer's past as well as information about some of his victims and his families. The relationship between father and son is portrayed wonderfully. The father goes at great lengths to protect his son, and at the end of the same I just wanted them both to be safe. You get to play from the perspective of multiple characters, allowing you to gain insight into them. Without spoiling anything, the title refers to the rain since it is raining throughout the game. Well, either that or they were referring to my constant stream of tears throughout the game.

Tears, tears, and more tears. This is based on a true story of a family's struggle as one of their children has cancer. It doesn't try to sugarcoat the story; they will show you all of their highs and lows. You will cheer during the happy moments and be a crying mess throughout all the rest. Even the credits are emotional which I bawled like a baby all throughout. The personal touches to this make it all that more sad, relatable, and impactful. Whether you can relate to the topic or not, this video game is an important one to experience. It...it changes you. It lets you see a side that normally you'd only see if you experienced it first hand and it's life changing. It...is truly amazing.

So when I was introduced to this I just thought "Oh ugh, it's just another zombie game". I only got into it because I heard it was good so I figured it deserved a fair shot. That beginning...wow. It's one of the most powerful beginnings I've ever seen. It doesn't go downhill from there, it keeps you on edge. Though it's about a zombie apocalypse; it's not just about the zombies. Ellie and Joel's relationship is one of the strongest bonds I've ever seen. Though not related by blood, you tend to forget because of how close they are. They fight together and they are just amazing together.

Yep, another zombie game. Yet, this one has even more layers to it. They tackle as many issues possible, some of which are real world issues going on right now. Honestly, sometimes I forgot that zombies were even a part of it because I was captivated by the story. Another great relationship, this one between Lee and Clementine. Not connected by blood, but by circumstances. I found myself caring about each and every character, even ones who might've only been a part of the game for a few minutes because of how well developed they were in such a short amount of time. You thought things couldn't get worse but they somehow did. Everyone character in this game has a story and the game makes sure you know all of theirs.

8. The Static Speaks My Name

So yeah, it's about suicide. It is a 15-20 minute game filled with symbolism, with the end resulting in your character's death. Due to its bizarre symbolism, it can be difficult to get the meaning of it's many symbols. Make sure to look around to gather all of the information because that will help you understand the symbolism. After you play, just sit back and think about them for a while. It's great at portraying someone's struggle and downfall with mental illness, just the points it brings up may not be evident at first.

This isn't just about a journey to the moon; it's about someone's journey throughout life. In this game, you get to experience some very important parts of someone's life. You get to see some of their bright moments and some of their downfalls. It's interesting though, because you see it happen backwards which gives an interesting feel. Things that didn't make sense in their more recent past are made sense with their more distant past, showcasing how our past can have a great impact on our now and how it can be used to make sense of our presence. It's not just about going to the moon; it's about love.

You'd think that just receiving notes from underneath your prison cell for the entire game would be boring, but I was on the edge of my seat. You receive letters from multiple people, all of which are well developed characters just throughout these letters. I felt myself anticipating letters from certain characters and being concerned if I wasn't receiving any from them for a even a little bit of time. It's simplistic, yes, but it does that very well.

This is a game about kissing everyone in town with the goal of kissing your dream goal. You get the opportunity to kiss these townspeople by completing a series of various and bizarre tasks. I would recommend getting a guide because this game is almost impossible to complete without one. Bizzare, yes? Incredibly niche? Yes. But, if you love bizarre and completely out of the box games, this is for you.