11 Mashups PTX Should Work On ASAP

New Rules x Are You That Somebody was great, but what about these ideas? 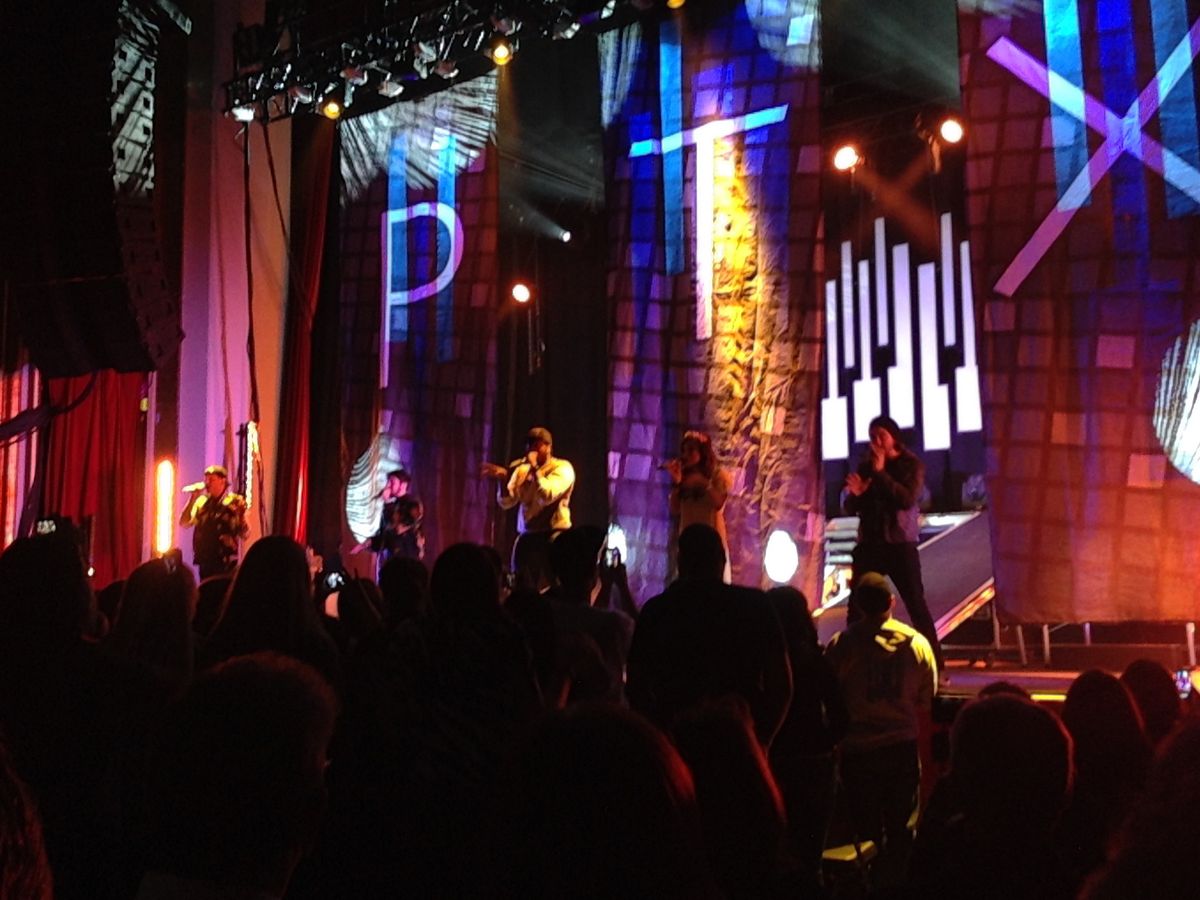 So, famed acapella group Pentatonix released their sixth and latest album called PTX Presents: Top Pop, Vol. I on Friday and the 13th. Spooky, but the album is scary impressive (as always), so that makes sense.

My more escalated excitement than usual comes from the fact that PTX decided to go back to pop music covers. Trust me, I liked "Can't Sleep Love" more than any other fan, but I missed their covers. They never failed to blow me away. There is something to be said about a group of people breaking down a song, figuring out how to make the cover stand out, translating it so that it fits the human voice, actually producing it, and putting it out there in the world. I STILL go back to the PTX Vol. 1 album because of how much it impresses me.

The only critique I have with this newest album is the fact that every song came out in the last three years. Every song you have heard on the radio at least a thousand times, save for "Are You That Somebody?" by Aaliyah that they mash up with "New Rules".

Speaking of mashups, those are always my favorite when it comes to PTX. This album, they made two: New Rules/Are You That Somebody, and Despacito/Shape of You. Solid choices aside, PTX can do better. Obviously, mashups sound harder to create because you have to find enough similarities to a song that they would sound great if you played them at nearly the exact time. Let me help you, PTX. I conjured up a few ideas for mashups. I am awful at making music, but I know you guys are great at it. So, hear me out. These may have already been done, but some are ready to finally go out into the world.

Apparently, this one already got all mashed up, although Havana can be fused with literally any song.

2. "Americano" by Lady Gaga/"Boots" by Kesha

Two songs about women about the power of falling in love while some mesmerizing guitar playings in the background. Plus, I feel the aesthetics of each song are similar. Just slow down Boots a little bit. Please. This would sound AMAZING.

Again, already mashed, but this is just a rough draft. Let's perfect this bad boy.

4. "Are You Gonna Be My Girl" by Jet/ "Walk Like An Egyptian" by The Bangles

Some YouTube user beat me to this TEN YEARS AGO. It sounds great, so no complaints.

5. "Can I Have This Dance" by Francis the Lights feat. Chance the Rapper/"In Your Eyes" by Peter Gabriel

They both start off with slow, and build up slowly toward the refrain. Francis and the Lights seems to emanate some 80s ambience, so this is definitely doable. The top comment in the above music video even says it sounds like a Phil Collins song.

7. "Cross My Heart" by Marianas Trench/"Accidentally in Love" by Counting Crows

I told my friends this for year by screaming out the lyrics to Accidentally in Love whenever this song comes on (which happens more often than I would prefer), but the resemblance is uncanny. The guitar riff introduction is a NEAR REPLICA. How has nothing come of this yet?

Think about how energetic this would sound. Sure, their BPM does not match with 1999 at 115 beats and Not That Kinda Girl at 119, but nothing a little music editing can solve, right? Please, I want to know.

9. "New Romantics" by Taylor Swift/I "Really Like You" by Carly Rae Jepsen

10. "Work This Body" by Walk the Moon/"Jai Ho" by A.R. Rahman and The Pussycat Dolls

A classic banger and a make you sweat jam. Make me feel emotional while working out, PTX. Come on. Their BPM is only two beats apart!

Come to think of it, where are any Jai Ho mashups?

11. "Luck" by American Authors/"Marry You" by Bruno Mars

This may be a bit of a stretch and require more manipulation, but both songs are the kind you sing with your friend during a long car rides. I also think lyrically, the story this fused pair would tell intrigues me. He makes his own luck so he is going to marry this girl. Nice.