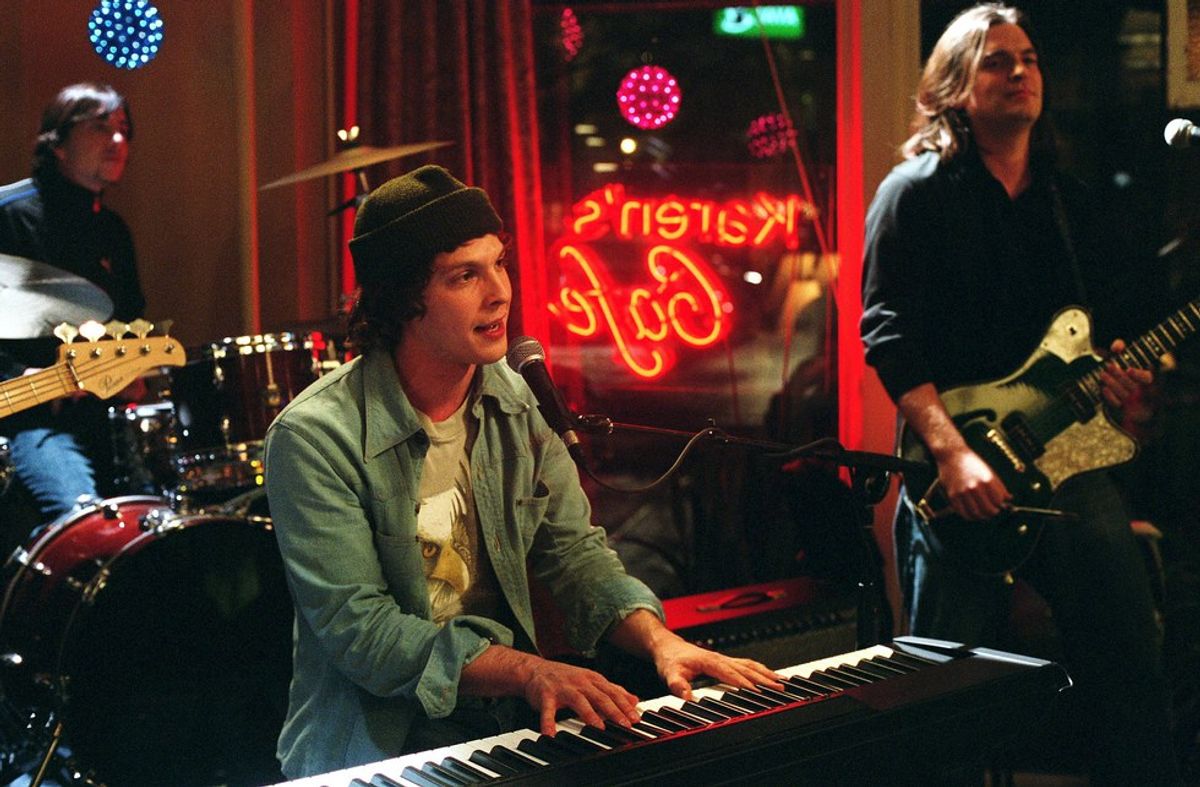 If you don’t live under a rock, within the past decade, you have probably been exposed to the greatness that is Gavin DeGraw. Whether it was by a theme song to a famous TV show (“I Don’t Want To Be” from "One Tree Hill"), or even just through hearing a few of his most popular songs on the radio, you have been graced with the voice of an angel and a talent that is highly underrated.

Although he has had popular, well-known songs on the radio and on the charts (“I Don’t Want To Be,” “Chariot,” “In Love With A Girl,” “Sweeter,” “Not Over You”), there are many songs that are not as highly recognized as they should be. Within these underrated songs, Gavin teaches his fan base important lessons through the words he chooses and the lyrics he sings.

“Everything changes. Life happens in stages. You won’t have your story without turning pages.”

Hard times will pass. It is important to be strong and push through the bumpy roads because, one day, everything will be the way it is supposed to be and you will be happy.

“When you wake up in the middle of the night with your makeup running rivers from your eyes, you will see what you need.”

Learning experiences come from heartaches and heartbreaks. By going through these unfortunate experiences, you will grow and become more knowledgeable of who you are, who you want to be, and what you deserve.

“Best I Ever Had”

“You’re the best I ever had and I’m trying not to get stuck in my head.”

Live your life without fear. Try to push through whatever thoughts are holding you back from being happy. Don’t get stuck within your thoughts. (Also, soda kills you and Jesus saves).

“When you get worried, I’ll be your soldier.”

Life will be hard. We might need help pushing through hard times. It is OK to need other people to get through these times. It is also important to be there for people who may need you while trying to push through their tough times.

“But we just buy and we wear the plastic version of love, hope, and understanding. But we can’t survive on candy.”

Relying on materials will not bring you ultimate happiness. It is important to not rely on superficial things to make you happy because in the end, they won’t.

“Thought you were burning me down, but I’m finally free and if you miss me, don’t. If I never want to see you again, I won’t.”

Ahh, yes. My favorite. It is important to realize that it’s okay to be alone. You have more worth than the presence of someone else. Let go of the toxic people in your life.

This song focuses on the many different mindsets and views people have. Throughout these lyrics, Gavin pushes us to realize that everything is viewed differently amongst people, and that is OK.

“So, since you want to be with me, you’ll have to follow through with every word you say.”

Stick to your word. Don’t make promises that you can’t keep. Don’t be the reason for someone’s disappointment if the situation is avoidable. It is important to follow through on the promises you make.

Everyone believes in something. Every single person has their own way of viewing life and reasons behind why they view it that way. It is not our place to judge them for it. Believing in something is what allows us to move forward.

“I don’t want to be anything other than what I’ve been trying to be lately. All I have to do is think of me and have peace of mind.”

Most importantly, be yourself. Be the person you want to be. Don’t live for anyone other than yourself. The most important thing in life is to make yourself happy. At the end of the day, it’s most important to be able to feel satisfied with who you are as a person rather than what people may think of you.